Women gather in OKC from 8 states

The top two national leaders of United Methodist Women recently blew away any hazy notions about the organization’s mission.

They made clear why UMW members are wind-catchers when they headlined the Quadrennial Meeting of South Central Jurisdiction United Methodist Women, on April 15-17 in downtown Oklahoma City. Almost 400 people from eight states participated.

The fresh wind of the Spirit clears the vision of UMW, with close to 1 million members, to "stand up, stand out, and speak out" especially for women, children, and youth, said National President Yvette Richards, of Missouri.

This "sisterhood of greatness" is called to be at the front lines in mission and has been doing so for almost 150 years, she noted. "Where does UMW flow? Do you have a globe?"

Among 96 national mission institutions supported by UMW is Neighborhood Services Organization (NSO) in Oklahoma City, with multiple services for disadvantaged people, including housing programs and a state-of-the-art dental clinic. Tours were conducted during the Quadrennial Meeting.

A predecessor church women’s group established NSO in the early 1900s, and continued support includes a recent $15,000 grant from the UMW Call to Prayer donations.

In 1869, church women with only a few pennies committed themselves to help educate others. "We can’t miss a beat; we have a job to do," Richards declared.

She recently met a 92-year-old member packing personal kits for women in shelter housing. Her volunteer effort sets the standard for mission service by UMWomen of all ages, she insisted.

Harriett Jane Olson, who is national CEO, based in New York City, also expanded on the theme "A Fresh Wind Blowing."

Wind is ranked from 0 to 12, she said, and 5 quantifies a fresh wind like the disciples experienced on Pentecost. When the Spirit moves, things we thought impossible get done.

"Are you ready to catch the wind?" Olson challenged. "You might have to stretch, to reorient" your efforts to the way the Spirit is blowing.

The UMW National Office has identified specific issues for action:

"We can respond," Olson said. "We have the language, the skills" gained through UMW training and leadership opportunities.

She said members are like the giant wind turbines seen in western Oklahoma. The women serve as conduits, catching and converting God’s breeze into wind power that provides energy for discipleship.

Jo Ellen Reed of Oklahoma was installed as a jurisdiction UMW Committee on Nominations member for 2017-20. She also is dean of Mission U, scheduled for July at Oklahoma City University. 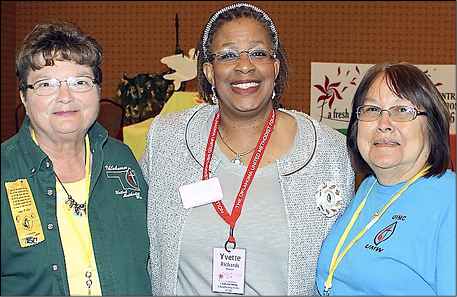 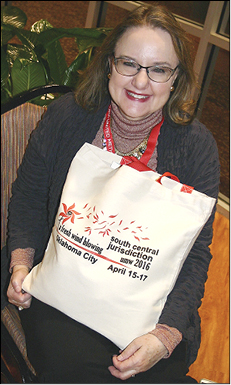 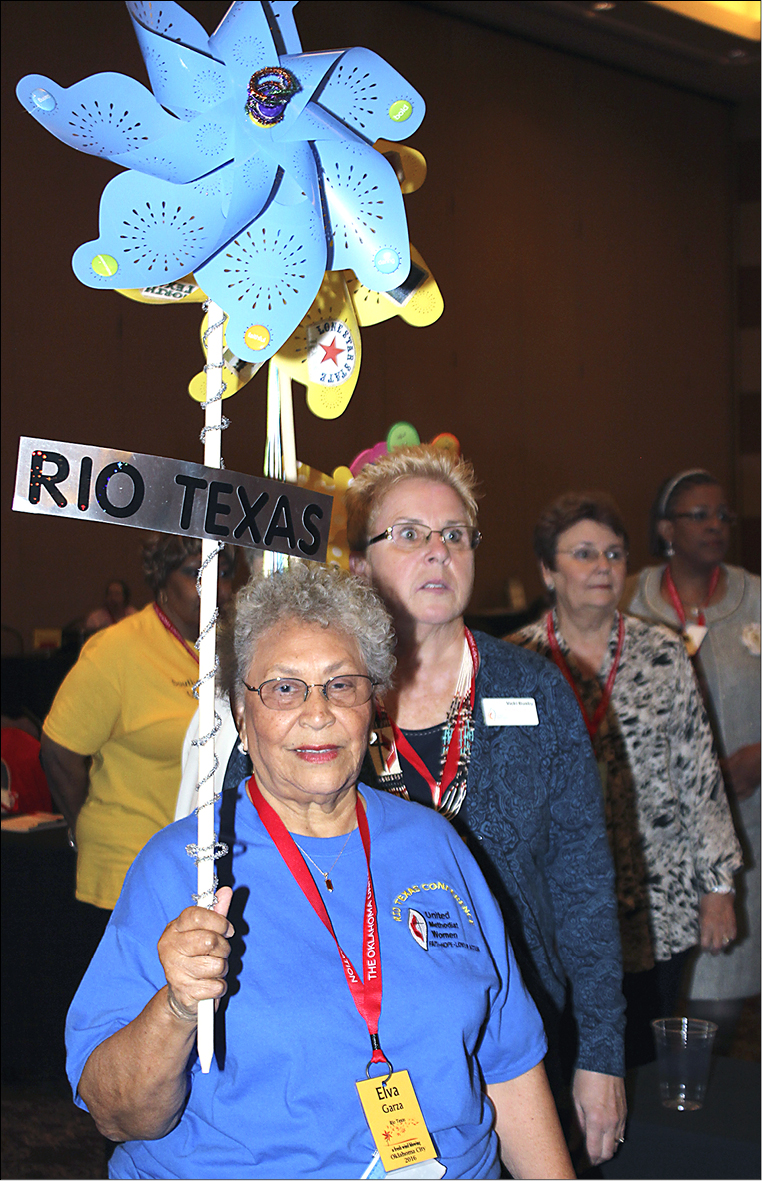 Elva Garza of the Rio Texas Conference hoists a pinwheel during the processional march April 15 for the 2016 Quadrennial Meeting of UMW in the South Central Jurisdiction. 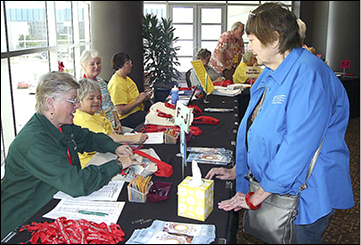 Lois Owens of Muldrow gathers name tag and handouts for a UMW Quadrennial Meeting participant signing in at the Cox Center. 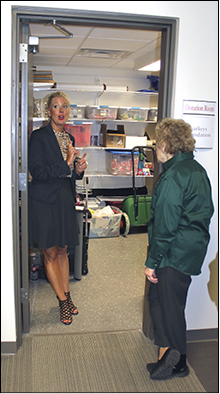 A safe room doubles as storage space for supplies donated at NSO, explains President Stacey Ninness as she leads a tour.