"I so appreciate how passionate and loving the discussions have been."

"It’s important to ‘rub shoulders’ and become just people to each other."

Reactions proved the value of the recent retreat "Get on the Bus to Tulsa: Let’s Talk About Race." The three-day Tulsa event in late March, filled with workshops, dynamic worship, and frank discussions, received great reviews.

All were moved by readings of eyewitness accounts of the 1921 Tulsa Race Riot and spirituals sung by Tulsa’s Unity Choir in opening worship. Through that lens, with homilies by Shelly Daigle, Twila Gibbens, and Burlinda Radney, the group began a thoughtful examination of racism, past and present, that plagues our nation.

Sponsors were the Conference’s Commissions on Religion & Race (CORR) and Strengthening the Black Church for the 21st Century (SBC-21).

Among the workshops at Tulsa-Centenary UMC, Judy Rowell shared the history of African-Americans in the Oklahoma Territories, before statehood, while Nathan Mattox in "Our Racialized Nation" showcased ways that current systems still favor white values and viewpoints. These systems often result in injustices in hiring, in the courts, classrooms, and even in church.

"Precious in God’s sight?" Nicholas Lee asked in that workshop exploring the pros and cons of America’s most segregated hour of the week: Christian worship on Sunday mornings.

"How can we effectively be the Body of Christ if we remain divided?" Rev. Lee asked.

Clergy couple Victor and Nancy McCullough were joined by Tulsa librarian Alicia Lattimore to examine "Colorism" — ingrained attitudes, even within a race, that the shade of one’s skin determines one’s worth. Colorism even affects how people see themselves. This must be addressed before racism can be resolved.

In the keynote address, Hannibal Johnson shared stories from the 1921 riot, focusing on the faith, resiliency, and resourcefulness of Tulsa’s African-American community. He is author of "Black Wall Street: from Riot to Renaissance in Tulsa’s Historic Greenwood District."

"It’s not possible to blaze a trail to the future unless you trace the past," he explained. "The riot is a story that’s part of a larger narrative — one of the human spirit and resilience."

He said African-Americans were drawn to Oklahoma Territory, a "land of opportunity," soon after the abolition of slavery. In Tulsa they prospered, and in 1905 the Greenwood District began. It became known as the Black Wall Street of America, home to many wealthy, entrepreneurial African-American families.

Unfortunately, the Ku Klux Klan, jealousy, and bigotry also were growing in Tulsa.

Johnson described the "spark" that ignited the 1921 riot: An elevator jolt knocked 15-year-old Dick Roland, an African-American, into 17-year-old Sarah Page, who was white. The biased local newspaper blew the story out of proportion. Roland was arrested, largely for his own protection.

Close to 1,000 white men congregated at the courthouse in Tulsa, allegedly to lynch Roland. About 200 African-American men gathered to defend him. A confrontation followed, a gun discharged, and butchery ensued.

Mount Zion Baptist Church carried insurance but soon learned that "didn’t cover riots," and the church received nothing. Members worked 30 years to pay off the mortgage and rebuild.

"Faith and love of God kept them going," Johnson said.

Though many lost all they had, the African-American community rebounded and rebuilt. But news of the riot was silenced for decades because citizens said: Let sleeping dogs lie.

"That doesn’t work with history," said Johnson. "The cover-up can often be worse than the initial trauma — like with Watergate."

On March 25, after Johnson’s presentation and book signing, "Get on the Bus" participants boarded a bus to tour Reconciliation Park, built as a memorial to the riot victims, and to learn more about Langston University, which was started by and for African-Americans in the 1890s. Many then chose to strengthen friendships over a meal at Wanda J’s restaurant, which is African-American owned.

Later, after heartfelt discussion and evaluation, participants headed home with renewed desire to struggle against racism and bias, and to share God’s love with brothers and sisters of all races and nationalities.

As retreat leader Twila Gibbens reminded the group, "Our souls are at stake." 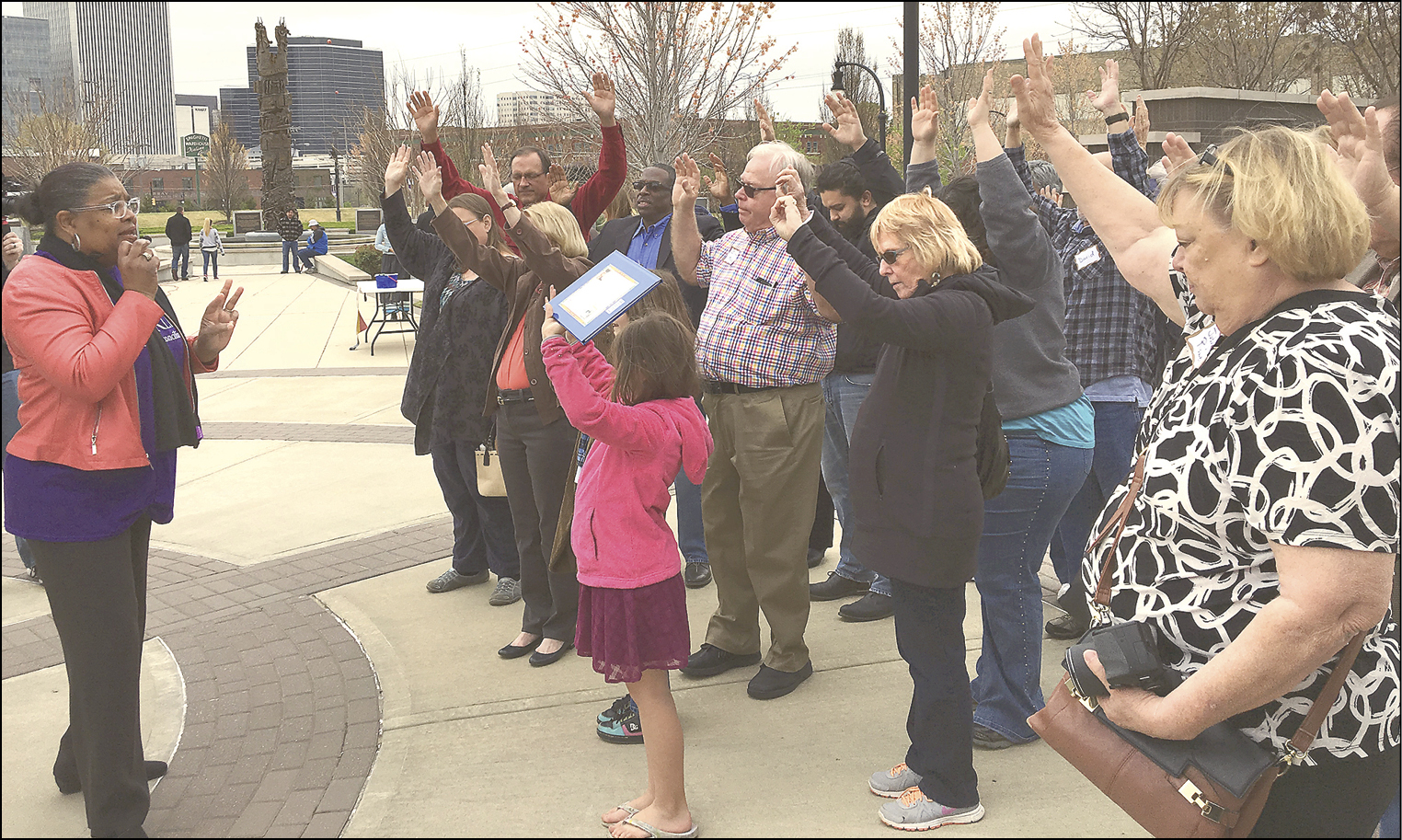 Above: Jean Neal leads a tour of John Hope Franklin Reconciliation Park, in Tulsa, as part of the "Let’s Talk About Racism" seminar. She asked participants to close their eyes and imagine they were being forcibly marched, hands in the air and separated from family members, to an internment camp during the 1921 Tulsa Race Riot. At the end of the tour, she talked about hope and resilience. Below: Hannibal Johnson signs his book "Black Wall Street," assisted by Janet Boone of Oklahoma, at left. 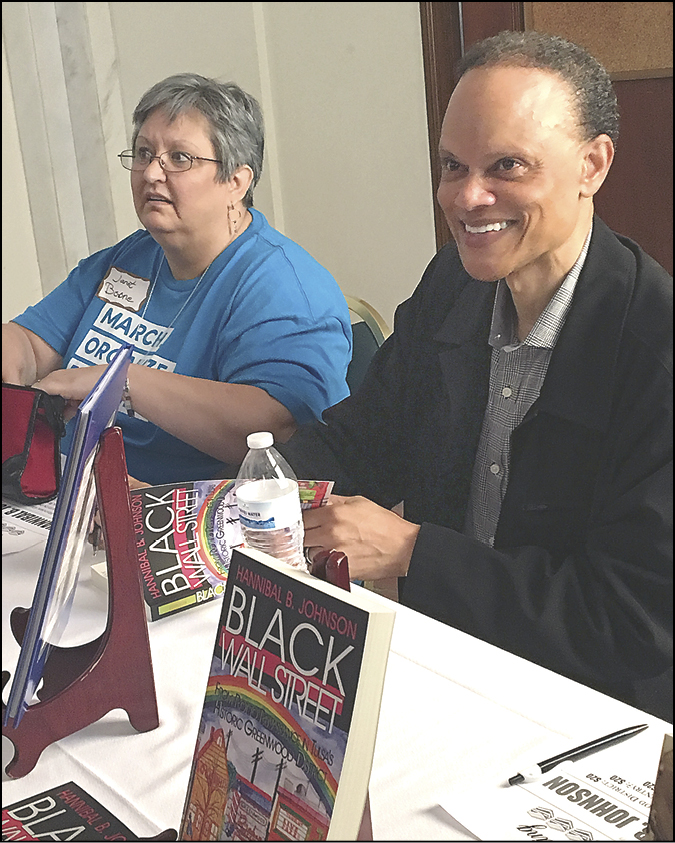