Sails swelling with the wind of the Spirit and 188 people aboard, The Vessel launched Jan. 15, navigating the waters of life in Claremore.

This new faith community, a satellite campus of First UMC in Claremore, uses the vernacular about ships several ways.

The leadership team is called the crew. The logo displays two blue sails. Wooden serving vessels sit on the altar table, made of glass.

On Launch Sunday, as the song "Broken Vessels" filled the worship space, the campus pastor "knew we were right where we needed to be."

He admitted that he "drank way too much coffee before 8 a.m." that day. He and the 30-member crew prepared for 150 worshippers, then hurried to set out more chairs as the crowd grew. Childcare staff embraced 13 children, infants through third-graders.

"We were praying for that," said Rev. Willis about it all.

The Vessel reported 120 and 152 people worshipping on Jan. 22 and 29, respectively, according to Senior Pastor Ray Crawford of First Church. The goal for attendance after three months is to average 140.

Launching worship at The Vessel raises to six the number of weekly services under the umbrella of Claremore-First.

In 2016, First Church averaged 857 people in all worship services, and 44 people made Professions of Faith, according to the 2016 Oklahoma Conference Journal.

The crew, pastors, and others prayed often at the site throughout the refurbishment. They wrote prayers and Bible verses on the drywall and studs.

"It was bathed in prayer," Crawford said.

People familiar with the site’s former businesses — a tanning salon and gym — reacted enthusiastically after the space was repurposed for The Vessel, Willis said.

Among those touring during the renovation was Chris Tiger, the Conference’s director of New Faith Communities. Some First Church members remember when he pastored at nearby Owasso United Methodist Church and those two churches served together on mission projects.

He helps all the church planters across the Conference network with one another, Crawford said.

"The Conference believes in us and wants to help us," Crawford said.

A successful church planter and author from the East Coast, Paul Nixon, is assigned as Willis’ coach, according to Tiger.

The Vessel also is ministering to its community through a partnership with She Brews Coffee House, set to open this month in part of the converted retail space that includes a drive-through. The company employs women who formerly were incarcerated. The coffee shop is planning to operate six days a week, closing on Sundays. 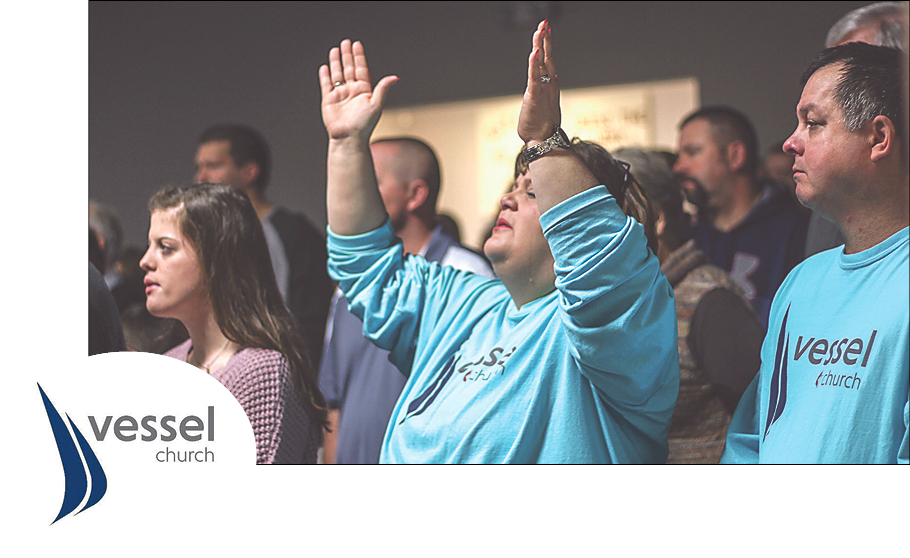 Worshippers express their praise to God during congregational singing on Launch Sunday, Jan. 15, at The Vessel, a satellite campus of Claremore-First UMC. Volunteers in a group named glorifi lead in music and media, and Jaimie Willis is campus pastor. 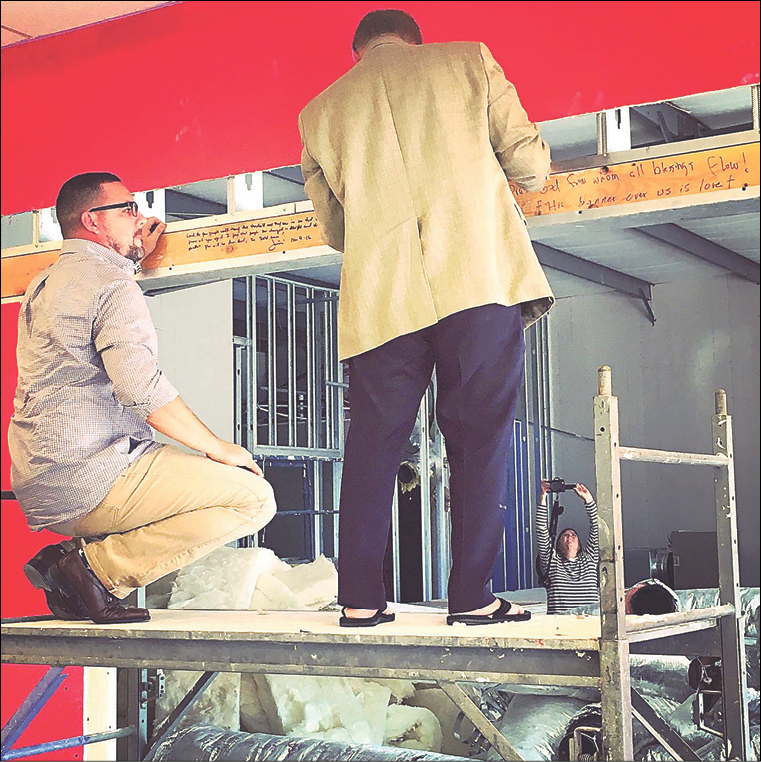 Jaimie Willis, left, and Ray Crawford add their words of blessing to space under renovation for The Vessel FUMC South Campus, Claremore. The Vessel is one of three satellites of Claremore-First UMC, where Rev. Dr. Crawford is senior pastor. Willis is leading at The Vessel.