The Wesley Foundation at Langston University hopes to repeat its summer program that focused on teaching school-age children about their spiritual gifts, the history of the African-American church in the United States, and ways to become leaders.

About 30 children, ranging from first graders to high schoolers, attended the IMPACT Academy, held in Muskogee at Spencer Memorial United Methodist Church, which is historically African-American, during a week in August.

About 15 members of the church helped out with the academy, said June Chubbuck, treasurer of the Wesley Foundation’s Board of Directors. LU is the only historically black college in Oklahoma.

She said her job was to "help students understand what the Bible is about and how you can use it in your everyday life."

She saw improvements in their attitudes. One self-conscious girl didn’t want to have her academy photo taken. Harris explained to her that "God made us all different shapes and sizes."

The next day, the girl was ready for her photo, Harris said.

Some children came to the academy with little knowledge of any African-American history, Chubbuck said.

Among the topics they learned about was the forced integration of public schools. Especially younger children "were not aware of those kinds of conflicts — the way it was ‘back then,’" Chubbuck said.

The students also were surprised to learn "there were people within their own community that were so influential beyond Muskogee," Chubbuck said. Among those leaders was Gloria Chisholm, a research scientist who helped develop night-vision goggles for use by the U.S. Air Force.

"They were excited to learn that even if you’re from a small town you can make a difference in the world," Chubbuck said.

The academy was held at the Muskogee church because Rev. Brooks recently became pastor there. She is the previous director of the Wesley, which is the United Methodist campus ministry at Langston.

Emery Mason, superintendent of the Green Country District, visited the academy. He praised the program for giving the children a chance to hear from people in the Muskogee area who had excelled in various fields.

"The kids were just hanging on every word of those that were there to share," Rev. Mason said. The students learned that they, too, can "have a wonderful life and do a great job. It really did encourage them."

The program also encouraged them to "grow up as leaders in their churches," Chubbuck said.

During the week, three students were baptized. And after the classes concluded, some of the children said they now understand more about spiritual gifts, communicating, and loving God.

The program was paid for with a $10,000 grant from the denomination’s General Board of Higher Education & Ministry and $450 from the Oklahoma Conference’s commission called SBC-21 (Strengthening the Black Church in the 21st Century).

Apportionment giving undergirds the work of both GBHEM and SBC-21.

If funding becomes available next year, the campus ministry at Langston will offer the academy for other churches in the Conference, engaging students of various ethnicities. 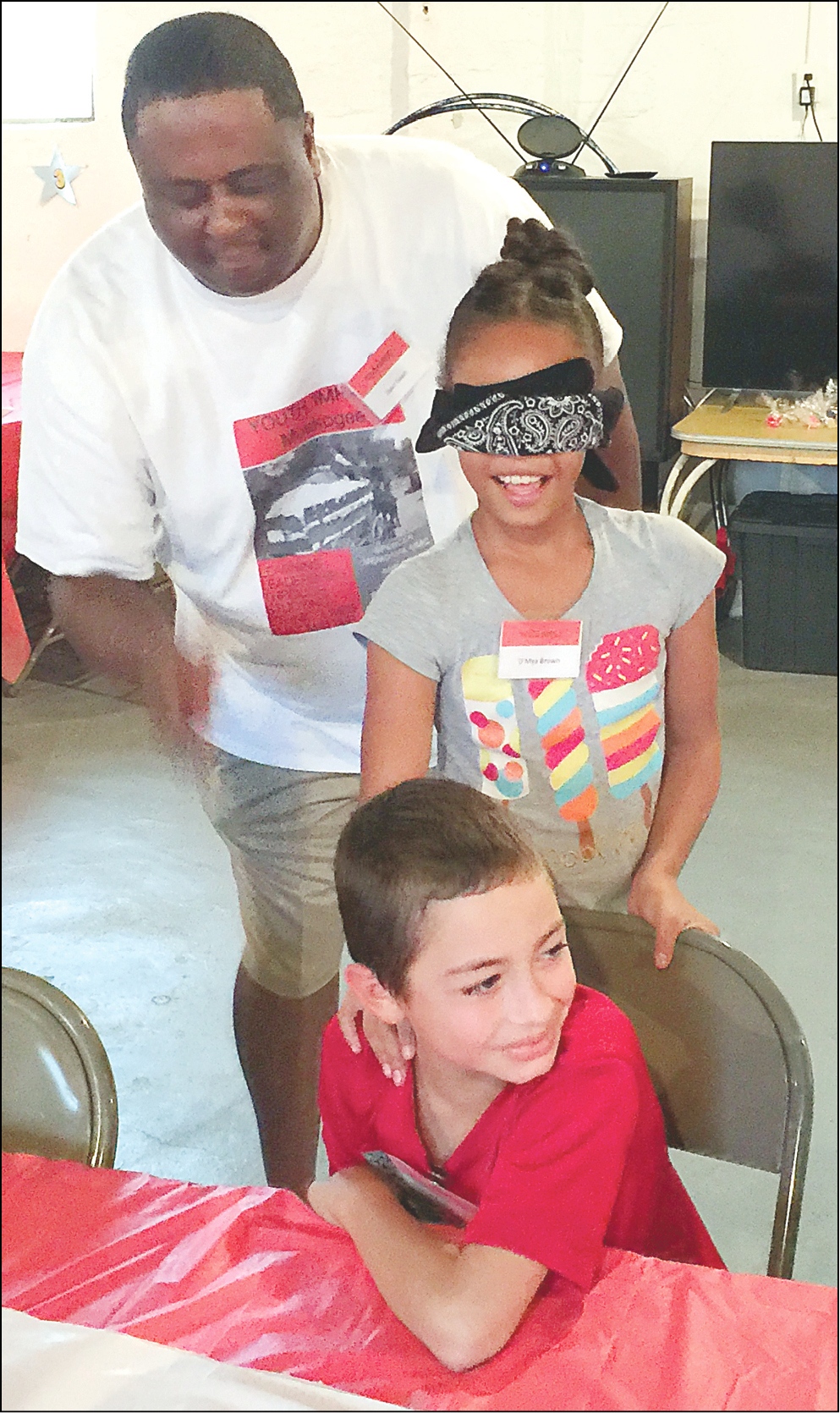 Juan Davis, associate director of the IMPACT Academy, directs a leadership game at Muskogee-Spencer Memorial UMC. A blindfolded student plays the "sheep" and has to guess which student is its shepherd by the sound of that person’s voice.