Volunteer Jim Key made his first trip inside prison walls in 1994, at McAlester. He took with him food that Jean Key had helped prepare, as a United Methodist team introduced a Christian renewal weekend for men incarcerated at Oklahoma State Penitentiary.

Called Kairos, the program launched at a women’s prison the next year, at Mabel Bassett Correctional Center. Jean was on that volunteer team.

On Feb. 11, the couple from Stillwater received recognition for their continuing generous service with the Oklahoma Conference’s Criminal Justice and Mercy Ministries (CJAMM). They were named outstanding volunteers.

CJAMM leaders keep secret the award recipients until a luncheon presentation. A surprised Jim accepted for them both. Jean was visiting at a prison that day!

The Keys are longtime members of Highland Park UMC in Stillwater.

Among CJAMM’s programs, they’ve volunteered 10 years at New Day Camps, for children whose parents are incarcerated. And Kairos now operates at six medium- and maximum-security facilities in the state.

Jean has served on 43 Kairos teams.

"It’s the most transforming ministry I’ve ever been a part of," she said.

They explained that Kairos parallels the Walk to Emmaus ministry, adapted for the prison environment. The six-month cycle begins with a weekend event and also includes more frequent meetings. Volunteers must be present.

Jean quoted Hebrews 10:24. "Do not neglect to meet together to encourage one another."

She said the couple had gone on the Walk to Emmaus and were looking "for a place where we felt we could make a difference" when Kairos organizers wanted to expand into Oklahoma prisons.

"We aren’t going there to convert. The participants are told at the beginning that we are happy they have chosen to attend. We aren’t going to ask them to make any changes," Jean said.

"We believe very strongly if we reflect Christ’s love and forgiveness that the Holy Spirit will do the changing."

She talked of God’s timing. Small wooden crosses are offered at Kairos weekends, but participants don’t have to accept them. One woman asked for a cross 16 years after her first Kairos experience.

Some participants come only "for the food, for the cookies," Jim said, "but once they’re there, then the Holy Spirit gets to work on them."

He spoke about the dramatic change for one man that first weekend in McAlester. When the man was transferred to another prison, Jim and other CJAMM leaders promised to support him there, too. They got approval for the program at that site, and the turnout was large, Jim recalled. Most participants said the man who transferred had recruited them.

The program now operates in 35 states and nine other nations, according to Jim.

"We hear talks from prisoners who are very vulnerable. You see them at the closing, hugging and supporting one another at the mic, telling how Jesus Christ has changed their heart." 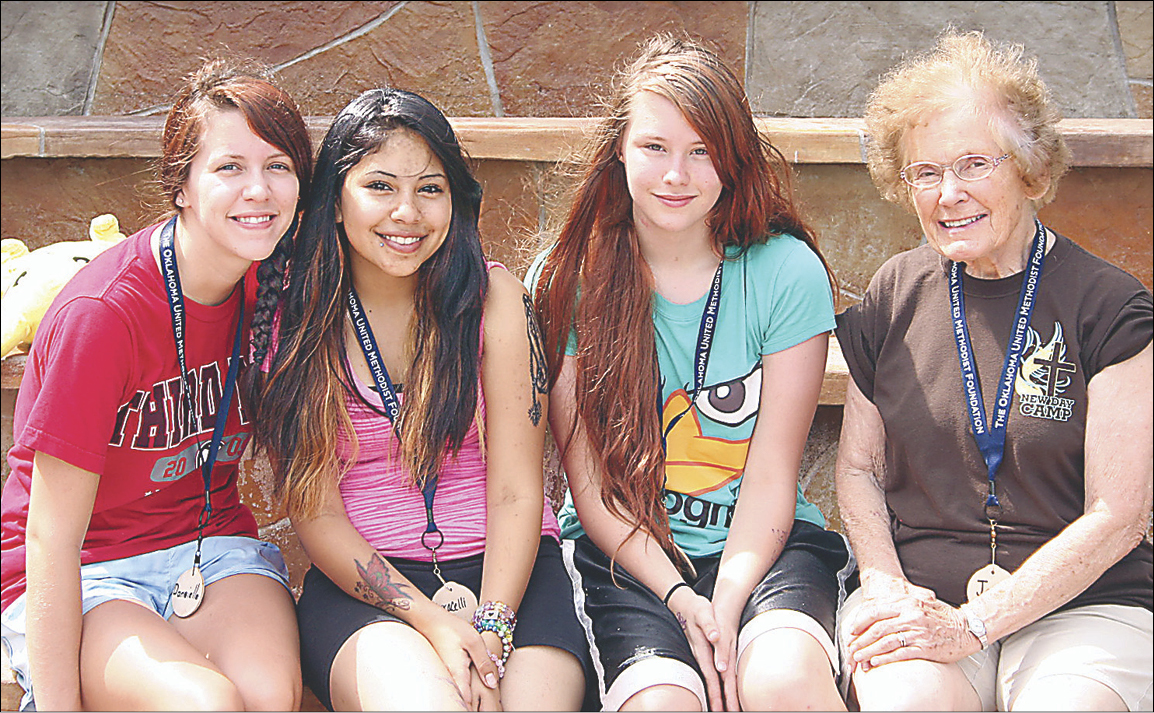 Jean Key, above right, and Jim Key, on bike, annually volunteer for CJAMM’s New Day Camp Too, where they mentor 14-year-olds. They have served at least 10 years in the New Day Camps program for children whose parents are incarcerated.