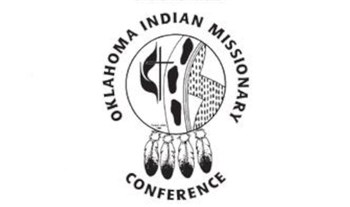 OKLAHOMA CITY — One of the lead organizers in the Standing Rock Sioux Tribe’s fight against the Dakota Access Pipeline, Phyllis Young, will be a special guest on Saturday, April 7, at the 12th annual Spring Powwow at Oklahoma City University.

The powwow will start at 2 p.m. in the Freede Fieldhouse on the OCU campus.

The tribe’s opposition to the 1,200-mile pipeline, which they said would destroy sacred burial sites and threaten their water supply, drew worldwide attention in 2016. Thousands of “Water Protectors” gathered in protest at camps near Cannon Ball, North Dakota. The Oklahoma Indian Missionary Conference (OIMC) of The United Methodist Church was among organizations that provided support at the camps, delivering food, gasoline for generators, and paper goods for the swelling population of protesters, which ranged from 1,000 to 2,000 people. In addition, OIMC members sent 700 Christmas stockings to the camps along with gloves and coats during the winter.

“Phyllis has a long and profound history of working on and fighting for rights of Native peoples across the country,” said the Rev. David Wilson, OIMC Conference Superintendent and sponsor of the OCU Native American Society, which is hosting the powwow.

In addition to the powwow, Mrs. Young will speak twice on Sunday, April 8, at United Methodist churches in the greater Oklahoma City area. She will present at 9:30 a.m. in OKC-Grace UMC, located at 6316 N. Tulsa Ave., Oklahoma City; and at 3 p.m. in Norman-First American UMC, located at 1950 Beaumont Drive, Norm.

“We are excited that Phyllis will be with us. We invite everyone to come and hear her story and the continued struggles of the Standing Rock Sioux Tribe,” said Wilson.

-- from an OIMC press release on April 3