In 1965, the people of Shawnee-Wesley United Methodist Church moved from their downtown location of 47 years into the current building at 302 E. Independence.

On Dec. 13, they will celebrate the 50th anniversary of that move.

The pastor in 1965, Burrel McNaught, will return for the program, along with another former pastor, Jeff Burress, and current pastor Ben Williams.

Worship begins at 10:30 a.m., followed by a reservation-only catered meal.

Shared memories will include the laying of individual floor tiles by church members and building sets for Nativity, "Living Last Supper," and Vacation Bible School productions.

There have been many mission trips, creation of a handbell choir, collections to "turn the tables," and teamwork to gut and remodel the sanctuary.

The fellowship of so many people has kept Wesley UMC thriving and reaching out with Christian hearts to serve and to welcome for nearly a century, member Sue Dyke said.

The orange color scheme popular in that era and an elevated pulpit and choir platform were updated in 2001.

A bus barn, storage and clothes-closet building also were constructed in 2001. 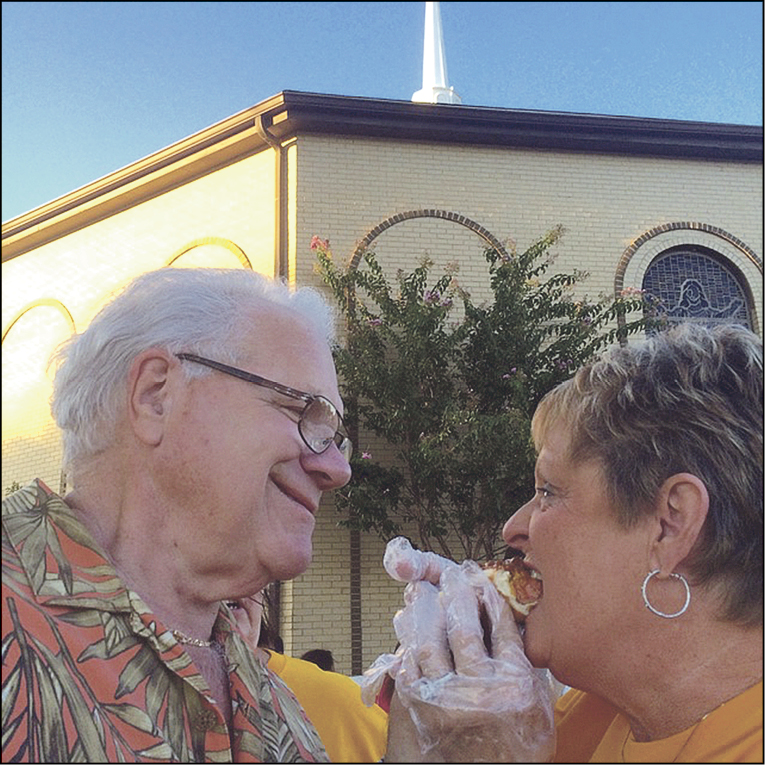 Kent and Sydney Casey Ellwanger share a hot dog during the Block Party in September on the lawn at Shawnee-Wesley UMC. 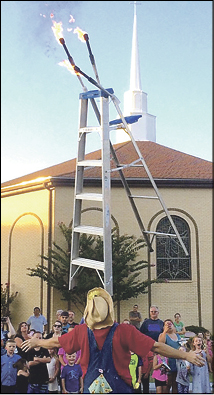 A juggler entertains all ages during the party.