The Wimberly School of Religion graduated a class of 10 religion majors in May at Oklahoma City University. We celebrate the accomplishments of these fine young people and commend them on their continued journeys.

Philip Younts credits two classes, Contemporary Theology and Theology in Youth Ministry, with challenging him and causing him to grow in his faith. "Each of these classes caused me to think more deeply than I ever had before. I was able to develop my own beliefs while also gaining an appreciation for why others may believe the way that they do." He received a fellowship from Saint Paul School of Theology and will study at the seminary’s campus in Leawood, Kan., while serving a student appointment in the Great Plains Conference.

After serving as an intern in the OCU Wesley Center for two years, Michael Horn will serve as the director of youth ministries at New Life UMC in Moore.

Jimmie Willis begins his post-college life in Seattle, Wash., at Greg’s Cycles, and Alexander Ramsey’s immediate plans are to continue as a manager at Frontier City in Oklahoma City.

Three weeks after graduation, John Hiller and Hannah Lampi were married at Faith UMC in Tulsa. This summer they will move to North Carolina, where both will enter Duke Divinity School in the fall.

Lampi expressed appreciation for several classes including Long’s class Leadership in Christian Education, where she identified her administrative strengths. Dr. John Starkey’s class on the history of Christian spirituality helped her understand that a person’s faith may continue to grow while remaining deeply rooted in the tradition of the church. While studying Celtic Christianity with Rev. Rodney Newman, she wrote, she was "exposed to a completely new level of beauty and transcendence in Christianity."

In Starkey’s Contemporary Theology class during his junior year, Hiller said, he was able to think about theology on his own for the first time. "Dr. Starkey helped me understand the beliefs that I grew up with in a more in-depth way. During the class I was able to form my own conclusions by learning the tools of the trade of theological studies."

Olivia Coil said that Long’s class Theology in Youth Ministry was special because it encouraged her to think about and to articulate what she believes. She hopes to work in local church youth ministry.

Taylor Barnett plans to enter OCU’s graduate program for professional counseling this fall. Upon completion of the two-year program, she hopes to work for an agency or open a private practice specializing in grief therapy, especially serving UMC clergy families.

Barnett is thankful for each of her professors who cared for her when she was grieving the death of her father, which occurred during her first year at OCU. While Taylor worked on her senior thesis paper, Starkey encouraged her to pursue her passion in helping others during times of grief and loss. She appreciates how he allowed her "the space to discover this on my own and then, once realized, he affirmed me in my decision."

Her time at OCU has been a blessing. "I’ve seen the love of God present in each person I’ve encountered while at OCU." 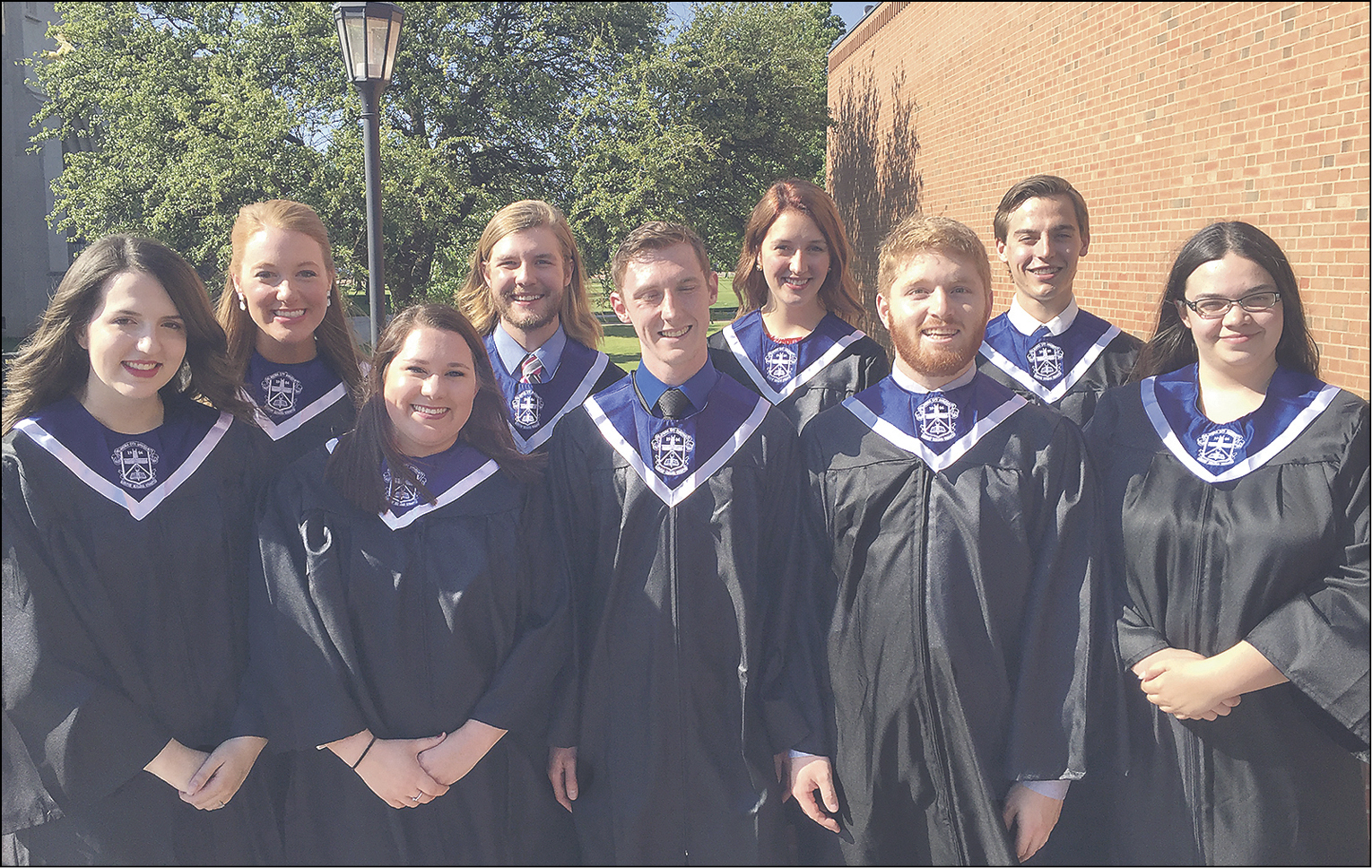