Oklahoma City University is pleased to welcome Wendy Zierler to present the Neustadt Lectures on March 3.

Dr. Zierler joined the faculty of Hebrew Union College–Jewish Institute of Religion in New York City in 2001, where she currently serves as the Sigmund Falk Professor of Modern Jewish Literature and Feminist Studies.

A former research fellow in the English Department of Hong Kong University and a Fulbright Fellow at the Hebrew University of Jerusalem, she received her Ph.D. and her M.A. from Princeton University and her B.A. from Yeshiva University, Stern College.

Zierler will receive her M.F.A. in fiction writing from Sarah Lawrence College in 2016.

At HUC-JIR, she serves as Head of the Hebrew Department and teaches courses on Modern Hebrew and American Jewish literatures, Holocaust literature, literature of the holidays, Reel theology, and courses dealing with gender and Judaism.

Rabbi Shirley Idelson, dean of HUC-JIR, praises Zierler as "an extraordinary teacher and scholar, whose multifaceted work reflects a rich variety of passions and interests. She brings together rigorous scholarship with the writing of poetry and fiction, and as a postmodern feminist Jewish scholar and writer, she integrates critical analysis with the personal convictions of an artist and a deeply religious human being. We are most fortunate to have her on the New York faculty."

Zierler’s book "And Rachel Stole the Idols: The Emergence of Hebrew Women’s Writing," published in 2004, references the story in Genesis of Jacob’s wife as an illustration of women appropriating the patriarchal legacy as their own.

Her forthcoming book, "Reel Theology: Popular Film and Jewish Religious Conversation," brings a Jewish perspective to what has been primarily a Christian endeavor of exploring religious themes in movies.

In her first two lectures, to be held in the Great Hall of the Student Center on the OCU campus, Zierler will focus on the story of Moses that has been presented or referenced in movies. In the evening, the attention turns to the sister of Moses, where Zierler will engage her story in a conversation with Dr. Lisa Wolfe. This will be held at Emanuel Synagogue at 7 p.m. The public is invited.

Walter and Dolores Neustadt of Ardmore established this lecture series in 1983 for the purpose of strengthening understanding of the great contributions of the Judaic religious tradition to Western civilization and thought. 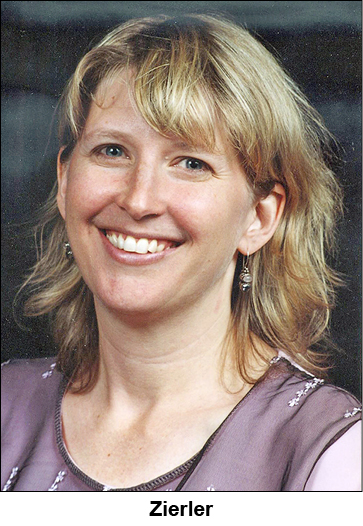