8/18/2017
What is God up to? New professions of faith, baptisms, growing attendance, new roles for youth.

All of these have been reported by churches in the eight districts of the Oklahoma Conference. One church per district has been honored with a new award, "One Matters," which came with a $1,000 check. They learned of their selection during the 2017 Annual Conference.

Each church reported one or more professions of faith during 2016 after several years had passed in which they had not received any new believers, according to Derrek Belase, Conference director of Discipleship.

In his Episcopal Address, Bishop Jimmy Nunn said no professions of faith were reported last year by 232 of the approximately 500 churches in the Conference.

"Let’s see how that might change, one person at a time," Rev. Belase noted.

Randy Shrauner, Annual Conference Council co-chairperson, said, "The stories of these eight churches exemplify Jesus’ teaching in the parables, where a lost coin, lost sheep, and lost son are of ultimate importance."

During the awards presentation, Bishop Nunn called each Oklahoma United Methodist to pray to be "one who matters" in reaching new people for Christ.

Below are summaries from the eight honored churches.

The people of Fairland UMC understand young people are not only the church of tomorrow, but also the church of today. "We started with the young people that grew up in the church and gave them responsibilities," said Pastor Shannon Rodenburg. "As a new child or youth comes in, they can find a way to use their talents to serve God.

One notable ministry impacts over 100 middle- and high-school students. During the school year, the church hosts Career Café in partnership with Fairland Schools. The monthly free "lunch-and-learn sessions" give youths a place to learn about opportunities for their future.

Braman United Methodist Church rejoiced with five new professions of faith in 2016. It is the lone church remaining in a town of 250 people, but the congregation includes worshippers from the surrounding country and towns.

In 2016, a long-time pastor retired and a new one was assigned. Both are known as nurturing ministers throughout the community. The professions of faith bridged this change in pastoral leadership.

Starting new things is important to Braman. Pastor Trish Harris initiated a pre-teen youth group that was very active through the school year and has infused the worship services with new life.

At Konawa-First, a 17-year-old high school student named Royce, a faithful member of the church and youth group, is recognized as "one who matters."

Pastor Steve Littrell asked him who was most instrumental in guiding him to profess his faith, receive holy baptism, and join the church.

Royce’s response: "It was everyone, loving me and welcoming me, and making me feel like I belonged."

Konawa-First has a ministry on Wednesday evenings for children and youths. Church members share a meal and the love of Christ with as many as 75 young people. Many of them don’t otherwise attend a church; this ministry has become their church. Program volunteers include local teachers, and thus the ministry bridges school and church.

When Lisa Hines was appointed to serve Turley UMC in late 2014, worship attendance hovered around nine. The church had not recorded any professions of faith or baptisms for a few years. Yet the people repeatedly told their new pastor: God isn’t done with us yet. That became their statement of faith and rallying cry.

The faithful few began cleaning and renovating the church in preparation for what God would do next.

New people began to accept invitations to go and see what God was up to at Turley UMC. The laity invested deeply in forming relationships.

Since January 2015, Turley UMC has celebrated seven professions of faith and 10 baptisms; the church has welcomed 27 new members.

Today, worship attendance averages 21. Two new Lay Servants have been trained. The first Confirmation Class in several years has been held, and a Wednesday evening fellowship meal with discipleship program was started.

In Rush Springs, "one matters," and her name is Marry.

The church recognized poverty is prevalent in the town and responded by creating a food bank.

For over a year, Marry Randal came for food assistance. The pastor realized Marry also had a heavy heart. Most conversations with her at the Food Bank concluded with prayer and a promise to come to worship. Month after month, Marry promised but didn’t turn up.

All that changed one Sunday morning.

Marry arrived, dressed in her best. After the service, she asked to be baptized the next week. She wanted to follow Christ with her whole life. Perseverance was the lesson, according to Pastor Matt Hester.

When Pastor Ernest Jackson and his wife, Carolyn, arrived at OKC-Selecman in early 2016, the church had experienced two pastoral transitions as well as membership losses in a short period of time.

Rev. Jackson contacted nearby Roosevelt Middle School and learned children in the community needed classes in English as a Second Language (ESL). The Jacksons recruited friends in professional fields including educators and therapists — none of them church members — and a new program took shape: Summer Fun Reading Ministry.

The school helped the church recruit children, and 21 youngsters were enrolled in the four-week program.

Then people started joining the church. First, a volunteer with her two daughters. Then the church pianist professed her faith. A couple and their daughter joined; three others followed. Five people were baptized in September 2016.

Catesby may be the smallest townsite in Oklahoma (officially, two residents). The United Methodist Church is one of few buildings there. After four years of zero professions of faith, Catesby UMC was blessed to celebrate five professions and baptisms in 2016.

All five professions of faith grew from seeds of faith planted years ago, Rev. Mike Mahaffey said, referencing 1 Corinthians 3:6. "All five had been watered by us these past four years, and before that by various pastors and faithful pew mates in both The United Methodist Church and other denominations. But God gave the increase as each one merely told the pastor, ‘It is time.’ What a joy it is for us here at Catesby to continue to water and watch them grow!"

A years-long decline in attendance at Guthrie-First UMC had led to more decline: in morale, finances, and programming. The church resolved to reverse that trend.

They began by thanking people and recognizing contributions to the ministries of the church. Then they started Bible studies. By this year, almost half of the adults in worship also attended weekly classes, focusing on what God calls people to do, rather than inward perspectives. 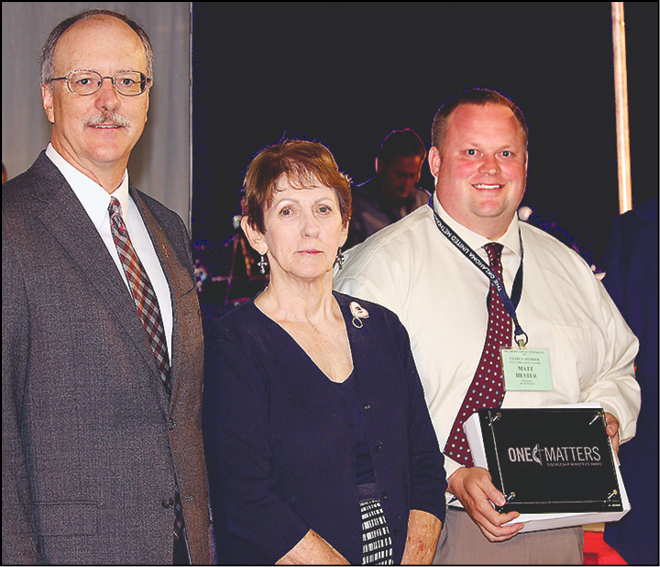 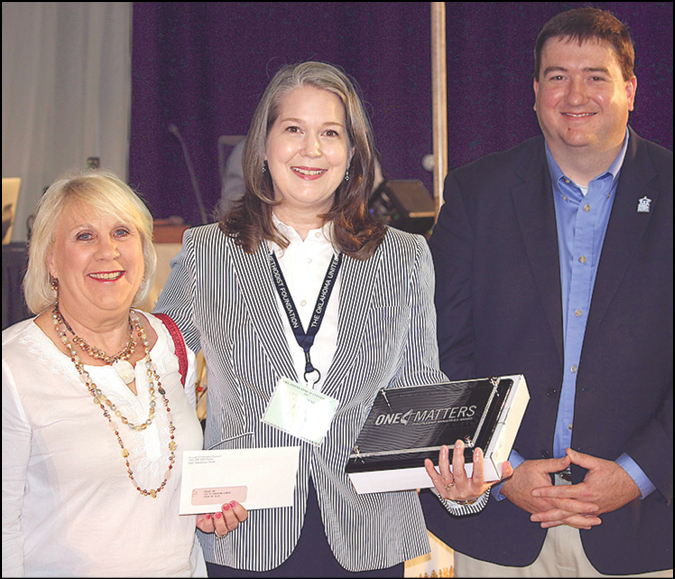