‌A marching band, color guard, cheerleaders, and an excited crowd set the scene June 28 in the ‌parking lot of OKC-Church of the Servant for a "homecoming" video featuring young ventriloquist Darci Lynne Farmer.

Darci and the video will be featured in this season’s first live episode of NBC’s "America’s Got Talent," scheduled in Hollywood, Calif., on Aug. 15.

Her experience in the competition will give the Oklahoma seventh-grader lots of material in case her teacher wants a "What I did this summer" essay.

Darci, 12, impressed the judges enough with her audition this spring that they showered her and her puppet Petunia with golden confetti. The "Golden Buzzer" award by judge Mel B allowed her to bypass part of the audition process and advance directly to the Aug. 15 show.

Church of the Servant became part of the process by hosting an abbreviated parade and a performance by Darci for the TV show’s video production crew — complete with spectators, part of the Norman High School marching band, and Deer Creek High School cheerleaders and color guard members. Darci perched like a homecoming queen on the back of a 1960 Corvette convertible.

"My church just rallied and just really helped a lot," said her mother, Misty Farmer. "I’m overwhelmed with humbleness to our church."

United Methodist Church of the Servant has been the Farmers’ church home for 22 years. Misty is in the choir, and Darci sometimes joins her mother there.

The church had less than a week’s notice that the video crew was coming, Misty said.

Church members made posters for people to hold up during the parade and gave out trays of cookies.

Then Darci posed patiently for photos with some of the hundreds of people who came to the event.

In the crowd was 9-year-old Bailey West, who had watched Darci audition on TV. "I kinda cried a little," said the youngster.

After the photo session, it was time to move into the church’s Centrum, an auditorium with a capacity of almost 400, to see Darci and her puppet perform.

It was standing room only for the program, which included Mayor Mick Cornett with a proclamation declaring June 28 as "Darci Lynne Farmer Day" in Oklahoma City.

The highlight was Darci — or was it Petunia? — belting out the song "Summertime" from the opera "Porgy and Bess."

Ventriloquism is something Darci taught herself, Misty said. The pre-teen has been singing since age 6.

"I knew she had just a natural ear for singing. It’s a God-given talent, a natural thing that she has."

She’s impressed with how her daughter is dealing with the demands of being on the top-rated TV show.

At the end of parade day, the girl was tired, but "she’s handling everything very well," Misty said. At age 12, "she doesn’t really understand everything that’s happening to her."

Darci’s hopes for the future are varied, according to her mother. She wants to have her own show and perform on Broadway. Then she wants to find time to be a veterinarian.

Right after the Aug. 15 episode, school will resume for her at Deer Creek. If Darci continues to advance in the live-voting rounds of "America’s Got Talent," she will have to juggle academics with her Hollywood opportunity. 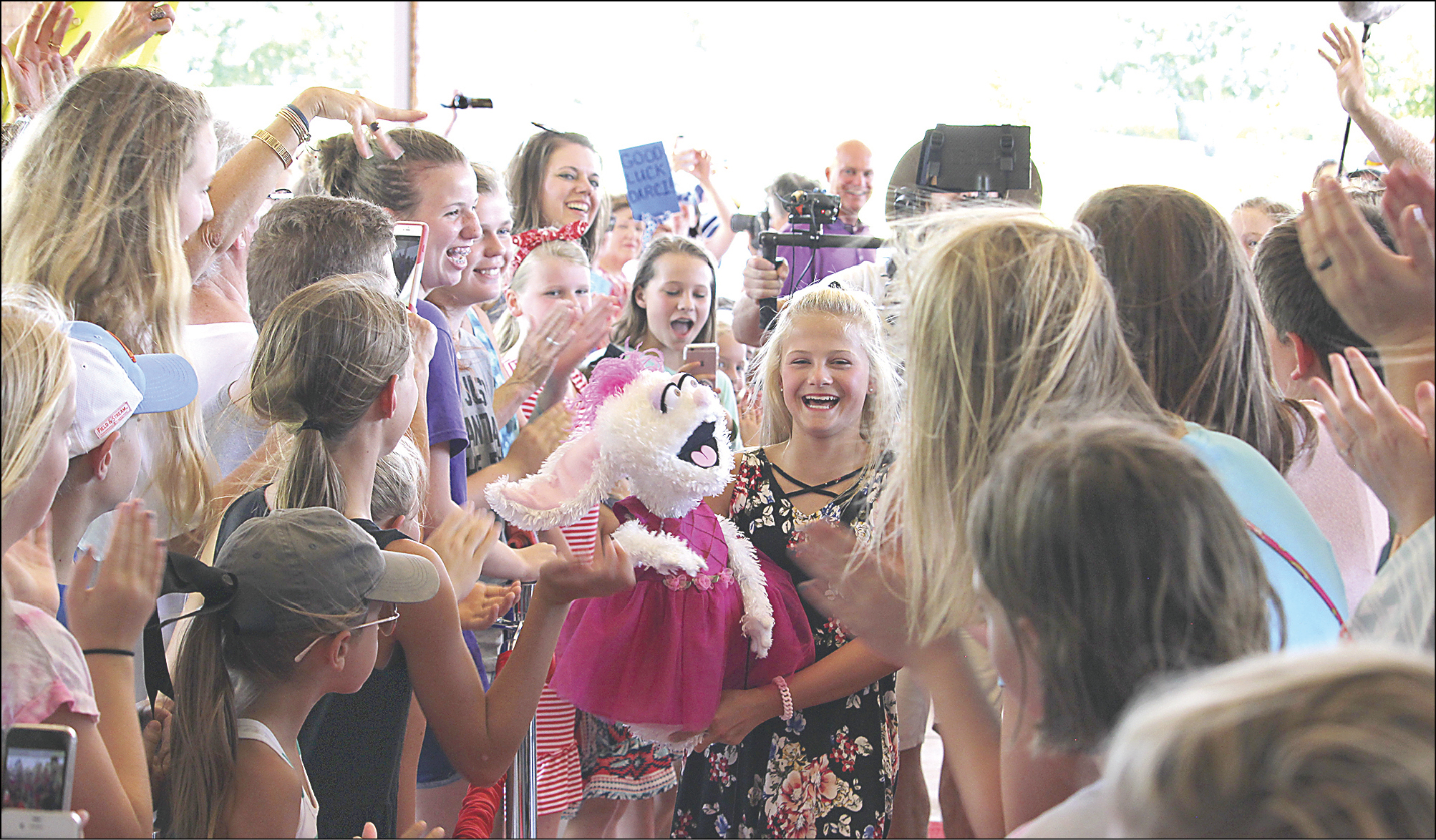 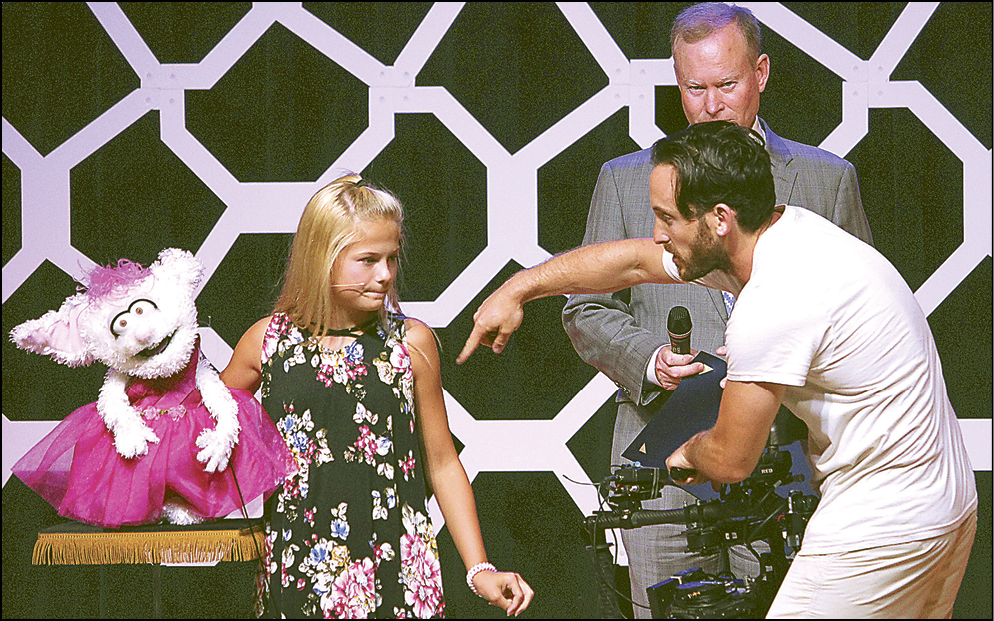 At OKC-Church of the Servant, a TV crew member directs Darci Lynne Farmer and Oklahoma City Mayor Mick Cornett. And a high school band from Norman joins the young ventriloquist and her puppet for a TV parade. 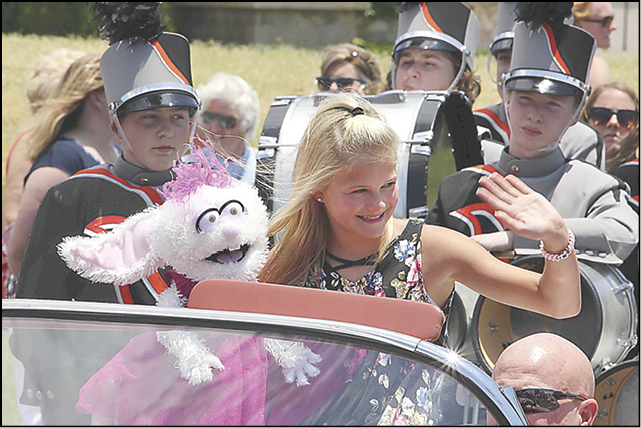