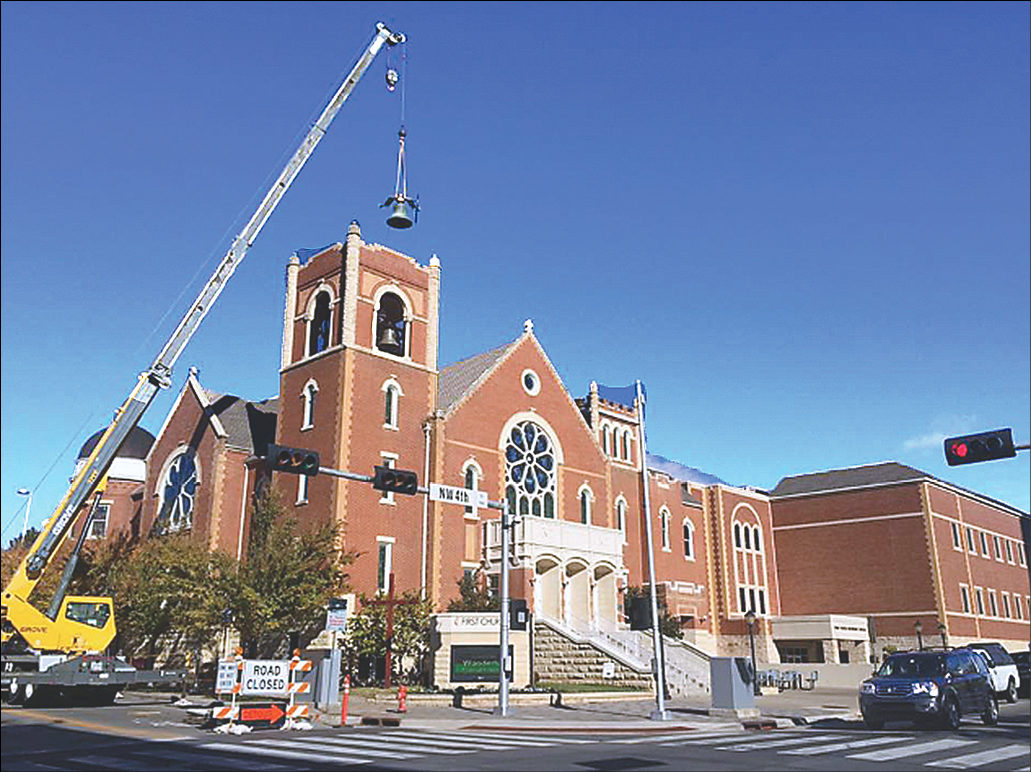 A crane lowers one of 11 bells into place at OKC-First in early December after a lengthy repair project.

The 11 bells in the tower of OKC-First United Methodist Church are back on the job after being silent for several years.

On Christmas Eve, they lent their festive notes to the church’s holiday celebration, ringing for the first time after a major repair effort.

Now 94 years old, the bells had been damaged by the 2001 bombing of the Murrah Federal Building as well as deterioration due to exposure to weather.

Church officials also feared flooring had weakened too much to support the bells’ weight, so they were placed in storage in 2015, according to a story in The Oklahoman.

The bells originally were installed in 1922. Four of them were inscribed with the names of the children of contractor Frederick Gross, who built the church in 1904.

Last year’s repair project also included installation of an electronic chimes system as well as steel-reinforced housing for it.

Cost of the project was estimated at $85,000, according to The Oklahoman.

"In a sense, the bells are a verbal witness," Pastor Mark McAdow told The Oklahoman.