Final interior renovations were under way on the building in early March.

A dedication and open house will be scheduled in the future, according to the latest issue of The Advocate, OIMC’s bimonthly newspaper.

The building for a time housed a Circle of Care co-op and once was a Shalom Zone facility of the Oklahoma Conference.

The Advocate article reported that urban Shalom Zones were birthed by the 1992 General Conference: "By spreading Shalom Zones far and wide, The United Methodist Church could work through community partnerships to become indeed ‘the repairer of the breach, the restorer of streets to live in’ (Isaiah 58:12). It is fitting that our conference office be housed in a facility that was dedicated for such a purpose."

The church facility was formerly OKC-South Lee UMC, of the Oklahoma Conference, which closed in December 2014.

"We are one Church with many mission sites."

The district has deeded the property to OIMC, he explained.

In the 1990s, Volunteers In Mission built the structure that now will house the offices, according to David Wilson, OIMC Conference Superintendent. In the reconfigured space will be a conference room, three offices, and a separate reception area. Another feature is a bigger parking lot.

The OIMC headquarters is moving from 3020 S. Harvey Ave. in Oklahoma City 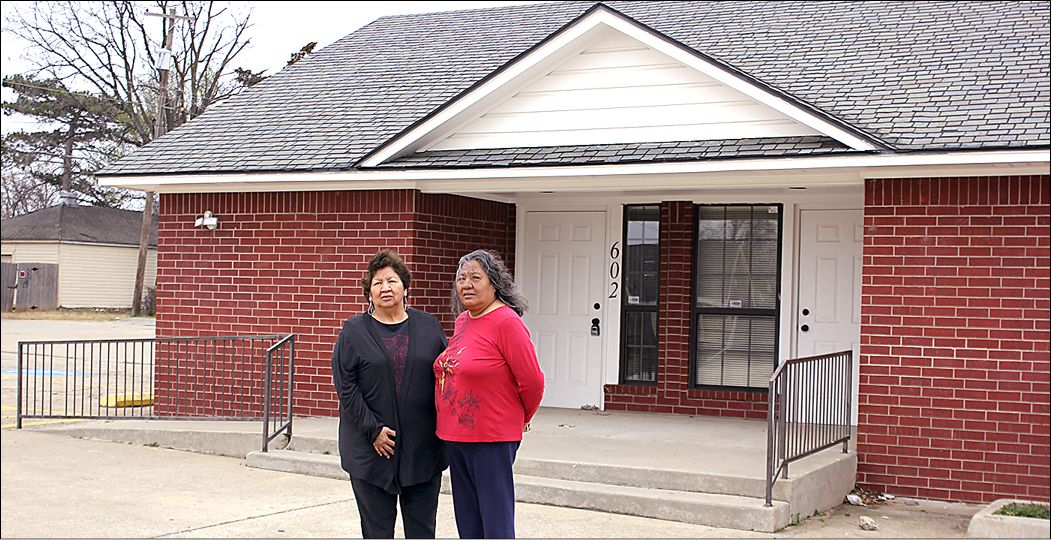 Josephine Deere, left, and Linda Draper meet on a windy March day at the site for their new offices. The Oklahoma Indian Missionary Conference center is moving to 602 SW 35th, Oklahoma City. Deere leads interpretation and programs, and Draper is administrative assistant.