OIMC, MLCC partner to learn from one another 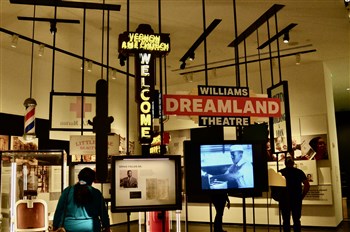 Leaders from both the Oklahoma Indian Missionary Conference and the Oklahoma Conference explore exhibits at the Greenwood Rising History Center. Photo by Tabitha Beckman.

Issues of race and racism have taken the forefront in recent years when it comes to social awareness. However, much of that discussion has ignored the experience of indigenous persons according to Rev. David Wilson, assistant to the bishop and leader in the Oklahoma Indian Missionary Conference. To help combat this, the OIMC applied for and received a grant from the Global Board of Church and Society.

“There was time after time that conversations around race were held and we were left out. This happened with general agencies and in the secular world,” Wilson said. “The grant is seeking ways for folks to learn from each other and to remind the Church of our presence as OIMC and Indigenous persons.”

Wilson said he and Rev. Bessie Hamilton met together after they attended the centennial recognition of the Tulsa Race Massacre. The two leaders began to discuss the challenges their respective minority groups faced and realized not only how much their communities had in common but also how much they could learn from each other.

Hamilton, the associate director of connectional ministry for multi-ethnic initiatives for the Oklahoma Conference, said their conversation revealed commonalties between the Oklahoma Indian Missionary Conference and the Minority Local Church Concerns team. The conversation led to a commitment to learn about each other’s histories.

“We thought this would be a great way of partnering together to some of the same kinds of struggles that our African American churches and OIMC churches each face, the atrocities that have happened,” Hamilton said. “It was an opportunity to be in solidary, hear each other’s stories, and do something together to be communal.”

The arrogance and brutality that characterized the Washita massacre stood out to Lori Foster, the associate director of connectional ministry for mission for the Oklahoma Conference.

“The experience deepened my desire to learn more, to push me into areas that are uncomfortable and painful,” Foster said. “It reinforced my role as a child of God to work towards peace and love and to always seek mercy and justice for all of God’s children.”

Rev. Terry Koehn, the Green Country district superintendent, had been to the Washita multiple times in the past. He said it’s not hard to imagine what happened.

“The proximity of the massacre to what we now celebrate as Thanksgiving every year surfaces and focuses all that complex, troubling history between white settlers and native inhabitants” Koehn said. “There is so much that cannot be undone. There still is so much to learn.”

Wilson, who helps lead OIMC immersive events every year, said it’s important for different groups to learn from each other. He hopes that those who visited the Washita site learn how this part of Native history affects the lives of indigenous folks even today.

“It is important for both conferences to understand what we have in common as Methodists and simply as people of God,” Wilson said. “There is a need to educate folks about the tragic history of the treatment of racial ethnic people in this state and to learn from it.”

Though Rebekah Hasty had visited the Washita site before, she said there was something remarkable about hearing the personal experience of a survivor’s descendent.

Dr. Henrietta Mann’s presentation was powerful,” said Hasty, associate director of connectional ministry for program and development. “Her accounts taught to her by her ancestors made the whole massacre very real from our not so distant past. It also let me realize how we think we have progressed since then, but how far our nation has to go to love and accept everyone. There can never be enough apologies for what has been done.”

In February, the leadership of each conference visited the Greenwood District in Tulsa to explore the site of the Tulsa Race Massacre. The group explored various points of significance, including the John Hope Franklin Center for Reconciliation, the Greenwood Cultural Center, the Greenwood Rising History Center, and Vernon African Methodist Episcopal Church, the only black owned structure to survive the massacre.

Tabitha Beckman found the trip moving, and she said it was sometimes hard to confront atrocities of the massacre.

“It is so important to understand the tragic events of the past, and to learn from our shared history as Oklahomans,” Beckman said. “Without confronting the terrible effects of racism in the past we can never truly understand our world today.”

Learn more about the OIMC at https://umc-oimc.org.

Learn more about the MLCC at https://www.okumc.org/mlcc. 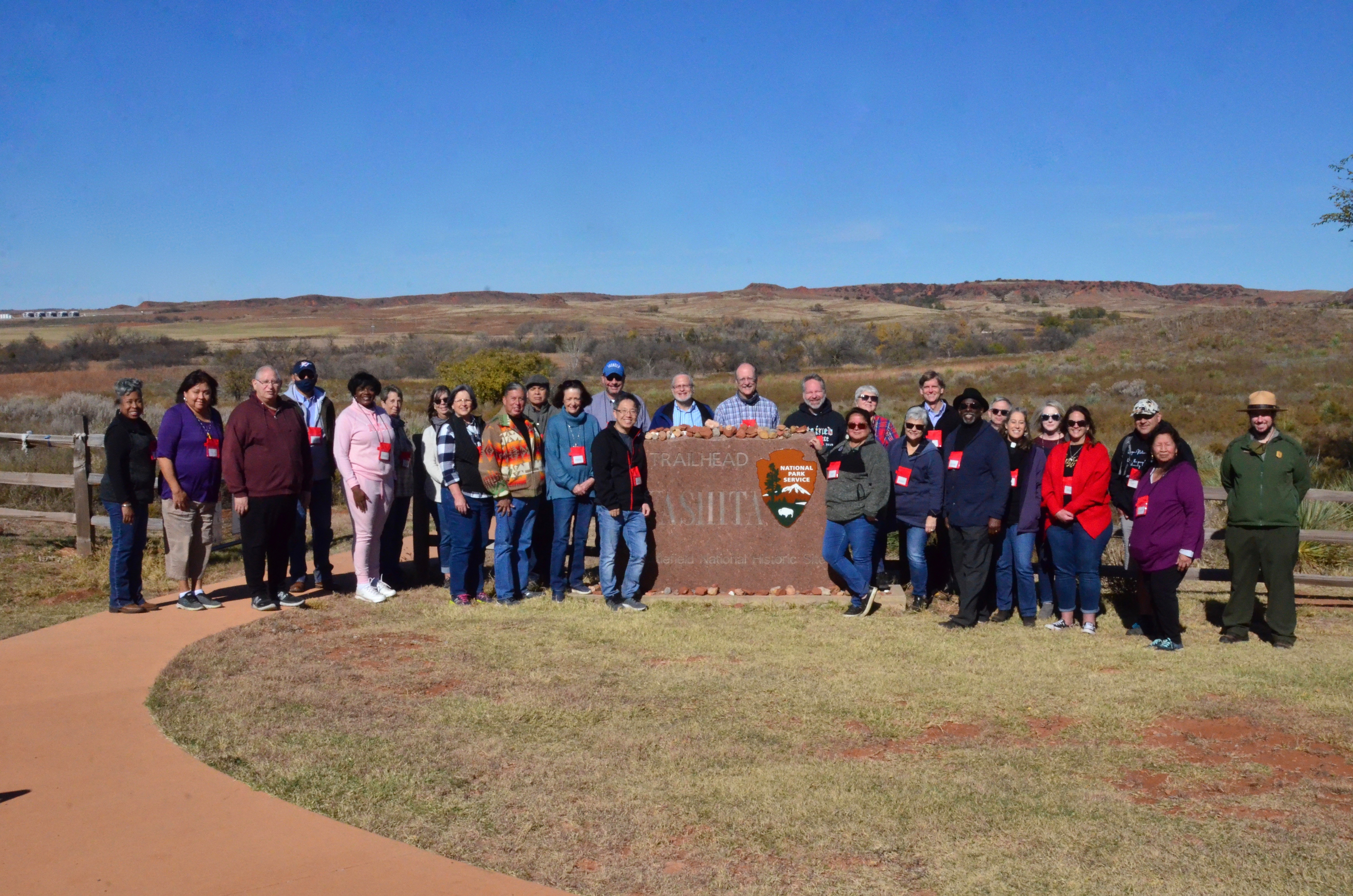 Leaders from both the Oklahoma Indian Missionary Conference and the Oklahoma Conference stand together at the trailhead of the Washita Massacre. Photo by Tabitha Beckman.
Making Disciples of Jesus Christ for the Transformation of the World