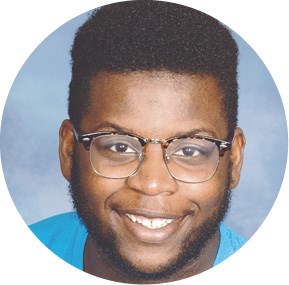 Jay Williams
Devaunjue “Jay” Williams has been named as the recipient of the 2018 Sooner Athletic Conference’s Champions of Character Award. The award recognizes a junior or senior student-athlete who demonstrates outstanding academic achievement, campus and community leadership, athletic achievement and has a strong future ambition.


Williams, a junior from Wewoka, is a member of OCU’s competitive cheerleading squad. He is a religious studies major and also serves on the pastoral staff at Village UMC in Oklahoma City. But what elevated Williams above his peers is the fact that at 21 years old he is raising his two 9-year-old nephews, Andre and Anthony, who came to live with him on campus full-time in the spring. His story was featured in The Oklahoman in June.

“Jay is a role model for the type of student-athletes who we strive to attract to Oklahoma City University,” said OCU athletic director Jim Abbott. Those sentiments were echoed by coach Alicia Bailey, who added, “There are not many college student-athletes who would have the courage, strength and responsibility to do what he has done.”

Williams was announced as the winner at the NAIA National Awards Day on September 15.