National shortage of educators in this field

In an ongoing commitment to address the nationwide shortage of nurses and nursing faculty, Oklahoma City University’s Kramer School of Nursing has announced a lower tuition rate for those pursuing the Doctor of Philosophy in Nursing.

Tuition for that Ph.D. program will be reduced by 40 percent, to $590 per credit hour.

Liz Diener, assistant dean and professor at OCU’s Kramer School of Nursing, said the reduction in tuition is motivated by efforts to overcome financial barriers to earning a doctorate.

In addition, the School of Nursing offers a B.S.N.-Ph.D. program, which allows nurses who earn the bachelor’s degree to move directly to the doctoral track and enables graduates to be competitive for faculty positions nationwide.

Since 2015, the American Association of Colleges of Nursing has reported that tens of thousands of qualified nursing program applicants have been denied entry annually due to a shortage of faculty at schools nationwide. Also, an increase in retiring faculty is predicted for the next few years. Compounding these issues is research that shows higher salaries in clinical and private-sector settings often attract potential nurse educators away from teaching.

Diener stated, "Our programs, coupled with the new tuition rate, make earning a doctoral degree more affordable for more people." She also noted that OCU doctoral alumni already can be found teaching in institutions worldwide, and such portability may be attractive to those considering a career in nursing education.

For more information about Kramer School of Nursing and its programs, visit www.okcu.edu/nursing  or call 405-208-5960. 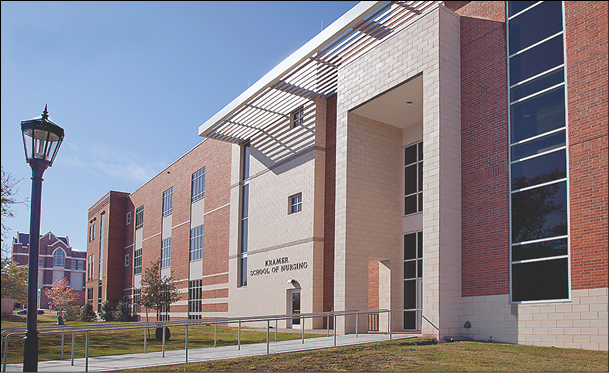 Recently enlarged facilities at Kramer School of Nursing allow for more students and programs to help fill the nursing shortage.