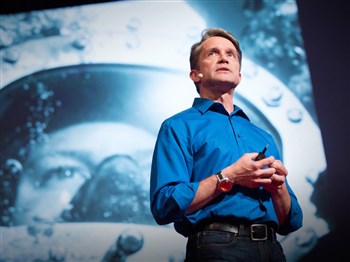 Oklahoma City University will host a guest presentation by an ocean conservationist and shark expert at 7 p.m. Sept. 24. The presentation, “One Ocean, One People,” is free to the public and will be held in the Petree Recital Hall inside the Kirkpatrick Fine Arts Center at N.W. 24th Street and Blackwelder Avenue.

Fabien Cousteau, the first grandson of famous scientist and ocean explorer Jacques-Yves, will be on campus for this year’s Lemon Distinguished Speaker Series. Register to attend or find more information at okcu.edu/cousteau.

Amy Cataldi, dean of the OCU Petree College of Arts and Sciences, said even though Oklahoma is a landlocked state, a focus on water conservation is extremely important and pertinent.

“As a college of arts and sciences, we are uniquely positioned to embrace both of his passions — ocean conservation and film documentary,” Cataldi said.

Cousteau is well known for his study of sharks, having served as an explorer-at-large and program host for National Geographic. In 2006 he produced a CBS documentary in which he built a lifelike 14-foot-long, 1,200-pound shark submarine named “Troy” that allowed him to live among the sharks, showing viewers a rare glimpse of the often-misunderstood creatures. He later spent four years cohosting PBS’s “Ocean Adventures” with his father and his sister.

Since then, as a member of multiple cause-driven and charitable boards, Cousteau has been working with local communities and children worldwide to help restore local water ecosystems. Early in 2016 he founded the Fabien Cousteau Ocean Learning Center to fulfill his dream of creating a vehicle to make a positive change in the world.

His presentation in Oklahoma City is sponsored by OCU, OCU’s Center for Interpersonal Studies through Film and Literature, and Pumps of Oklahoma.