New room to have a ball 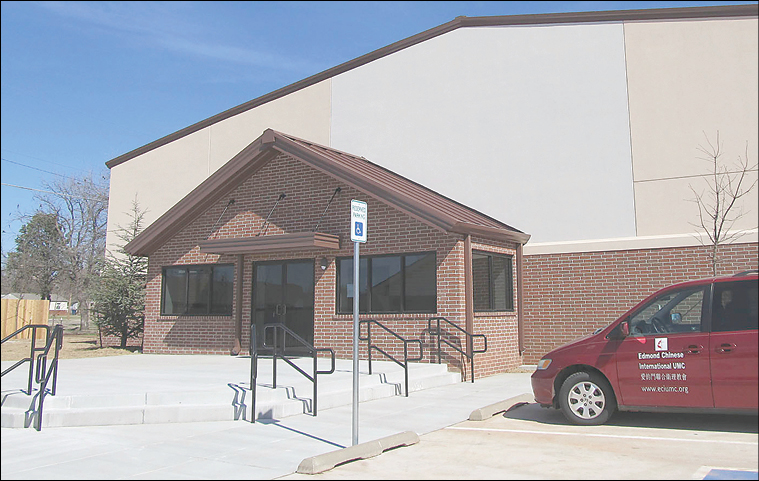 "Food is unimportant when you can run and play," said the trustees chairperson, Dana Zerger.

Two months later, more people are playing — basketball, volleyball, even badminton — as well as worshipping and fellowshipping all together in the Agape Family Center, 11,500-plus square feet.

Emphasis on all together.

Almost as soon as the congregation in 2009 purchased the property at 321 W. Eighth, they outgrew a small church building already on site. Connecting as one church family is more difficult when walls disrupt building friendships.

"I think of the space," said Pastor Puong Ong Lau. "At meal times, parents would go sit with their children in the little bitty chairs in those small rooms because we were in every room eating, every room."

A thriving ministry with international students from Edmond’s University of Central Oklahoma began to shrink. That outreach was how EIC UMC had begun!

The church resolved to raise funds and build beside the existing facility. The cost was $1.5 million.

The funding strategy was creative. For example, a 10-year-old boy chose to donate his video game money to "Save Your Seat."

The Agape Family Center was consecrated on April 30. Craig Stinson, Oklahoma Conference’s director of Connectional Ministries, preached from Ephesians 1:15-19 to an audience of about 200. The meal that followed included specialty foods such as Malaysian desserts and Korean pancakes.

"For the first time in our ministry in so many years, we feel like we can use (our) ministry more," said Rev. Lau about his calling. "I feel it is a grace from God — more opportunity, more freedom to do anything we can do. We know it is our mission to reach out. It’s not only this building; I think we can see that one has to reach out more. We pray that. We think about it and we cannot relax.

"You need to pray that God will use us so we can fill the place."

In the older building, which is called the Hosanna Worship Center, "we were just trying to find a seat," he said. "Now they can eat together in one big space. Now the purpose of the love feast is the time we get connected and share together."

According to Scott Zerger, who chairs the Building Committee, "We’re almost there" in paying off the debt. "We still lack about $270,000."

EIC UMC paid cash for the property in 2009, then saved up more than $1 million for the new building, he said. Additional funding assistance came from the district, Oklahoma Conference’s New Faith Communities Ministry Team, and New People New Places grants. Your church’s Apportionments helped this ministry.

"People need to know that we’re very grateful and thankful for people helping and supporting us. God’s at work," Scott said.

As the facility took shape, a group of 8-12 adults intentionally prayed together every Wednesday "for the building, for the workers, and for the people coming in the future," said Dana.

The English-language service was launched "to reach out to more nations, more diverse groups," Scott said. "If you’re only Chinese, that limits you quite a bit, and the young people who grew up in the church were raised in American schools, so they prefer English."

The new building features LED lighting and flat-screen TVs, six classrooms and a large commercial kitchen, in addition to the gym. It complies with the Americans with Disabilities Act. A family restroom includes a shower. Now the acreage has 55 new trees and 65 new parking spaces.

On Friday evenings, fellowship and study are held; Saturday mornings, volleyball; and Sunday and Monday evenings, basketball. There are two regulation-size badminton courts, and they may be the only ones in Edmond besides those at UCO. 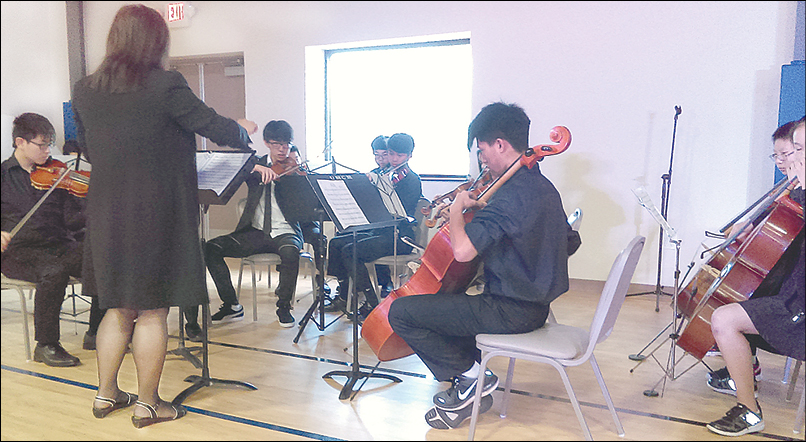 A youth orchestra and two UCO students, from Malaysia and China, as scripture readers provided some of the leadership when Edmond Chinese International consecrated its Agape Family Center on April 29. 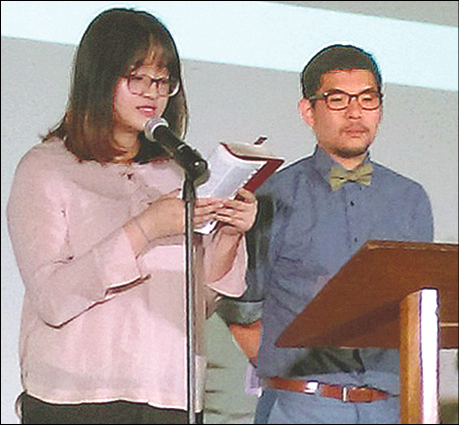