Ray Buckley stood quietly at the front of the church as the Annual Conference audience took in the details of his elk skin-fringed robe.

Buckley, of Alaska, is a Native American layman and was keynote speaker for the Service of Repentance on the conference’s first day, May 30, at OKC-St. Luke’s.

The service was the third in a three-year series of Annual Conference actions, under the direction of Bishop Robert Hayes, in which Oklahoma United Methodists repented for former and current harm to Native Americans.

The robe, Buckley explained, was made from a black cavalry blanket used to wrap his grandfather as a child — in 1889. Later his grandmother adorned the robe with silver fox pelts, an elk skin patch, seashell buttons, and beadwork that depicts a baby killer whale.

"We wear our histories upon ourselves," said Buckley, whose grandfather was Tlingit. His father also was Lakota Indian; his mother was Scottish. Buckley grew up on the Pine Ridge Reservation in South Dakota. The family moved to southeast Alaska in the 1970s.

Buckley wove family experiences into his talk about the pain caused to Native Americans. He said they still suffer physically and psychologically because of continuing mistreatment.

"The ability to see that people are disposable still exists," he said.

• Causes of suffering have included the forced removal of millions of Native children from their families to be adopted by non-native parents in Canada and the United States, Buckley said. Adoption records were destroyed.

• Many Native people were institutionalized because they were homosexual, blind, or had birth defects.

• A burial mound at the former Canton Indian Insane Asylum in South Dakota now is at the center of a golf course, he remarked.

• Continuing harm today includes abuse of Native women by non-Native men and the abuse of children.

• The suicide rate is high among Native boys.

• Until the early 1990s, tribes could not legally practice Native religious beliefs.

Over the years, Buckley realized that his grandmother possessed the unusual gift of being able to grant "instant forgiveness."

During one winter in his childhood, he and his grandmother were walking home through snow. Three young men set upon them, beat them, and stole their moccasins.

When they got home, his grandmother washed the blood from her face and hair and had Ray do the same.

Later, she began to make three pairs of moccasins.

When Christmastime came, she and Ray went to the home where their attackers lived. Grandmother told the person who answered the door, "I have some gifts. May I give them? Merry Christmas." 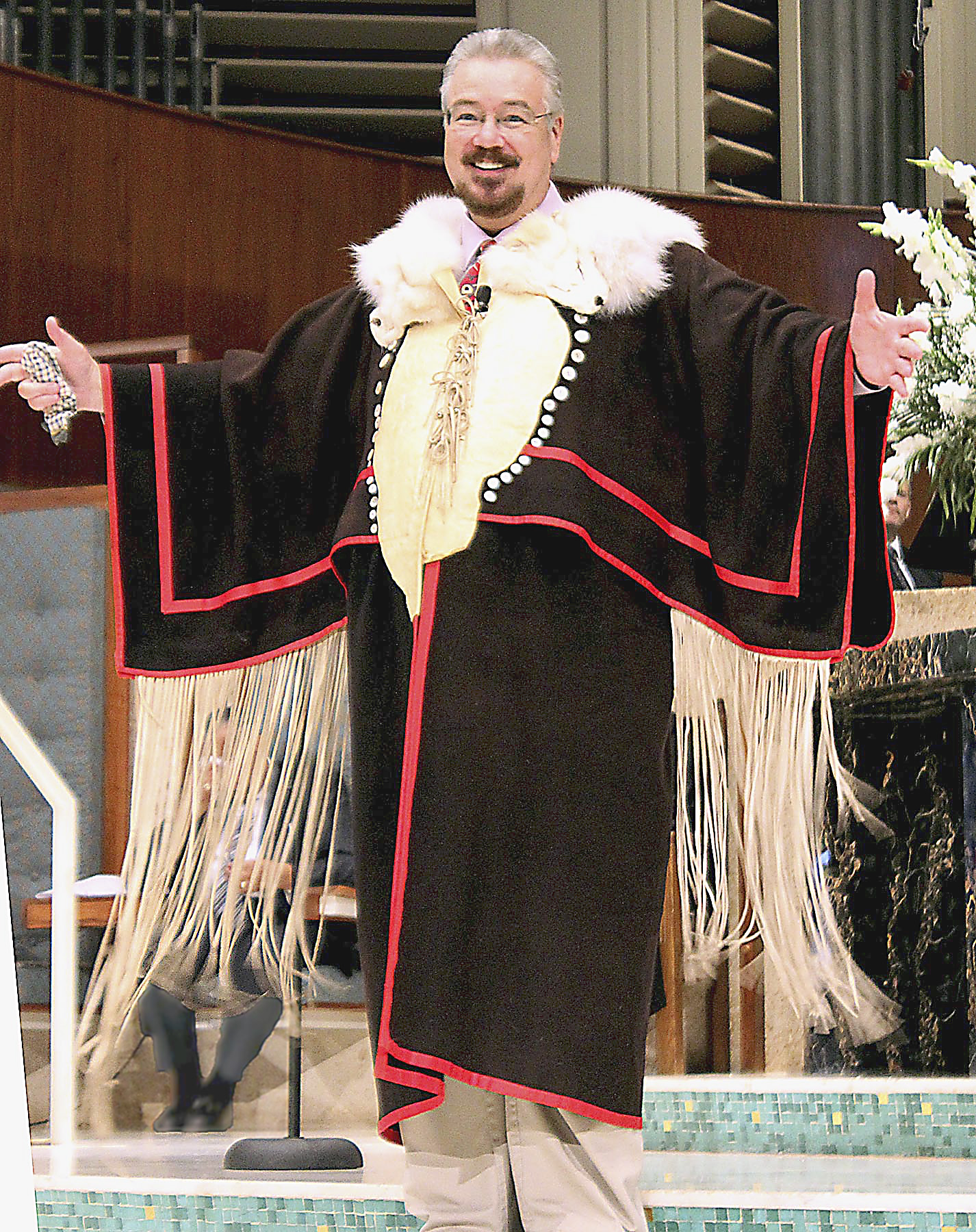 A baby’s blanket from 1889 became the robe worn May 30 at Annual Conference by Ray Buckley, Native storyteller, author, and artist.