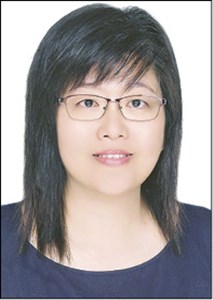 OKLAHOMA CITY — In the home of Victoria Lee, you’ll find the genesis of a United Methodist church. This newest faith community in the Oklahoma Conference especially seeks to engage with American-born Asians in Oklahoma City.

About two dozen people meet there monthly for worship, dinner, and sharing, and a moms’ group gathers weekly.

A native of Malaysia, Rev. Lee’s story begins in that country with her UM clergy parents. An elderly pastor visited the couple after their third child’s birth.

He foretold another birth: a girl, to be given the Chinese name that translates in English as “proclaiming God’s grace.” Two years later, Victoria fulfilled his prophesy.

“I praise God for he had called me from my mother’s womb,” she said in April, referencing Galatians 1:15-16a. “Ever since I was little, I was groomed in Christian values and biblical knowledge.

“Involvement in numerous church activities became my training ground for leadership skills.” As a double-PK (pastors’ kid), “inevitably I witnessed ... the bright side and the ugly side of the religious institute. However, God is faithful and his grace superseded human weakness and limitation.”

She also became a founding member of Edmond-Chinese International United Methodist Church. That includes 11 years as its volunteer youth director/adviser.

An eye problem brought crisis. Victoria underwent 16 eye surgeries during 2006-07. “I realized how fragile a human being is and how much I need God,” she said.

“I re-surrendered my life at that point and experienced healing, restoration by the grace of God. It completely changed me and my family.”

One day in her piano studio, Victoria heard a new note. It was God’s call to career ministry.

“As I was sitting beside my piano student during lesson, I felt an overwhelming passion to not just coach youngsters to advance in their piano skills, but a calling to be an influencer, a spiritual mentor for the next generation,” she recalled. “Ever since ... Holy Spirit has placed in my heart a new desire.”

Victoria said her parents, now retired, always have hoped at least one of their children would be a pastor.

Along with her sister, Victoria enrolled at Saint Paul School of Theology at OCU. (The English translation for her sister’s name is “proclaiming God’s kindness.”

At the 2017 Annual Conference, Victoria was commissioned as a United Methodist clergy elder.

On June 1, she officially becomes a church planter in the Oklahoma Conference’s New Faith Communities (NFC) movement, which is supported by Apportionment giving. The OKC-Wesley Church is providing office space for her, according to NFC Director Chris Tiger.

He said the new congregation will honor Asian heritage while communicating mainly in English.

Victoria will continue teaching piano; a number of her students have won piano competitions. “It’s another way for me to reach out to people,” she said.

Organizers are gathering weekly to pray for and plan it, Victoria said in early April.

The bilingual camp will “merge Christian values and Chinese cultural learning,” she said.

The program will teach martial arts, video-making, traditional dance and drama, computer coding, Asian cooking, the Mandarin language, and more, according to a flier.

Students in kindergarten through eighth grade may attend either or both weeks.

Victoria has identified a growing interest in Chinese culture and, through Charis Character Camp, wants to provide a relevant experience for children.