In Vadodara, India, students and school staff stand by solar equipment installed with financial support from Moore-First UMC. Harriet Parmar of the Moore church is second from right.
BY CHRIS SCHUTZ
MOORE, Okla. — Girls who live in a dormitory and attend a school in Vadodara, India, can bathe with sun-warmed water now, thanks to the generosity of First United Methodist Church in Moore, Oklahoma, 8,406 miles away. 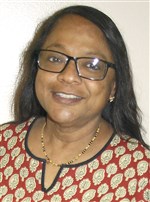 Harriet Parmar and Charles Payne, members of a Volunteers in Mission team organized by First UMC, beam when they think about the latest in a series of improvements their church has helped make to the girls dormitory, called a hostel, and the 128-year-old school.
For Harriet, the projects are personal. A native of India, she’s been a member of First UMC since 1989. Three generations of her family — grandmother, mother, and older sister — lived at the hostel and studied at Webb Memorial Girls School. Harriet, however, lived with her parents and attended a private school. She’s now a retired accountant.
Moore-First’s latest project in the partnership is the $10,000 installation of solar panels to provide energy and hot water for the 200-bed hostel and the school.
The facilities “don’t have hot and cold systems like we do here,” Harriet said during a recent interview at the church.
Before installation of the system, people “took showers with a cup,” using water heated over a fire, said Charles. It was one man’s all-day job to tend the fire and heat the water.
But the man’s not out of work, Harriet said. “There is always work. The compound is very big.”
In 2009, Harriet initiated the idea for the Moore church to take on the hostel as a mission project. “The main thing is to take care of the girls,” she said.
Prior to the solar project, completed in late 2017, Moore-First has been involved in the construction of 27 bathrooms, new roofs, painting, a sewer system, and screens for the windows.
The screens are “lifesavers” because of the plentiful mosquitoes, which can infect people with malaria, Harriet said. The region’s large monkeys, some weighing 60 pounds, had jumped on the roofs, tearing them up, requiring replacement.
The girls who live in the hostel are all Methodists and include orphans, children of single parents, and children of pastors, according to Harriet.
Webb Memorial Girls School, with 2,000 students, educates girls of all faiths.
Harriet said her language skills come in handy when work is planned by the church. “If I need to bargain, I can bargain,” she said.
Charles said the VIM team is thinking ahead to new projects for the partnership. More space for the girls and improved computer technology 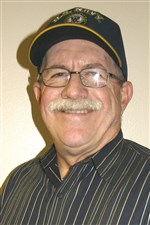 are envisioned.
“You just don’t realize how much need there is until you get there,” he said. “It’s always morphing into something new.”
The team’s most recent trip was in March. The Oklahoma group always gets a warm welcome, Charles said. “They are so appreciative. They treat you like royalty.”
Dan Wayman, senior pastor at Moore-First, said the congregation enthusiastically supports the partnership. “They love it,” he said.
For information about international VIM opportunities, contact Lori Foster in the Office of Mission, 405-530-2070.
Making Disciples of Jesus Christ for the Transformation of the World