The stories told at Mission u teach "that God is making a way, sometimes unseen and unheralded," a liturgist declared in July.

She was speaking about climate justice, one of three topics relevant to today that engaged 140 participants, including 26 youths and children, at the educational event in Oklahoma City. Also studied were the Church’s three missionary conferences — of which the Oklahoma Indian Missionary Conference (OIMC) is one — and the biblical call to live in covenant.

Christians are assured the liturgist’s declaration is true for those subjects, too. And Mission u programming "entices us to join in the mighty work" of the Creator "all over the earth."

Here are a few reports of climate justice work by people of faith, shared at Mission u.

Parker twice has been to Standing Rock, delivering OIMC donations and documenting activities there. He stressed how the protest began: Sioux youths literally walked from the reservation to Washington, D.C., to deliver a petition to the U.S. Corps of Engineers.

The plenary session with Parker included this reading: "In these stories we bear witness to generations who have suffered the impacts of broken covenant." The Apostle Paul’s letter to the Ephesians addressed heartache and conflict even in that ancient time.

Mission u participants are urged to act upon what they learn, teaching others, working for change. Resource materials are available at www.umwMissionResources.org, 800-305-9857. The DVD Library at the Conference headquarters, Oklahoma City, also has related videos; contact Chris Schutz, 405-530-2075.

The 2017 dean and assistant dean were Jo Ellen Reed and Betty Prentice. Mission u is made possible through the partnership of Oklahoma’s United Methodist Women and Mission & Service Ministry Team, hosted annually at Oklahoma City University. — by Holly McCray 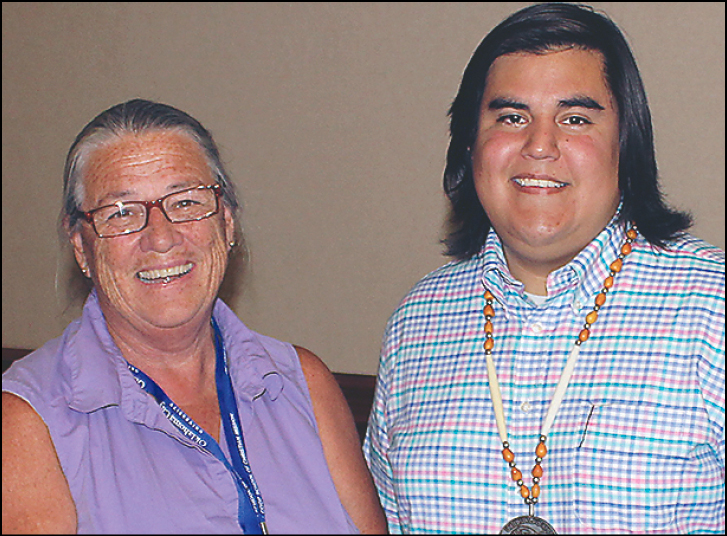 Meri Whitaker and Dallas Parker of the OIMC gave leadership. 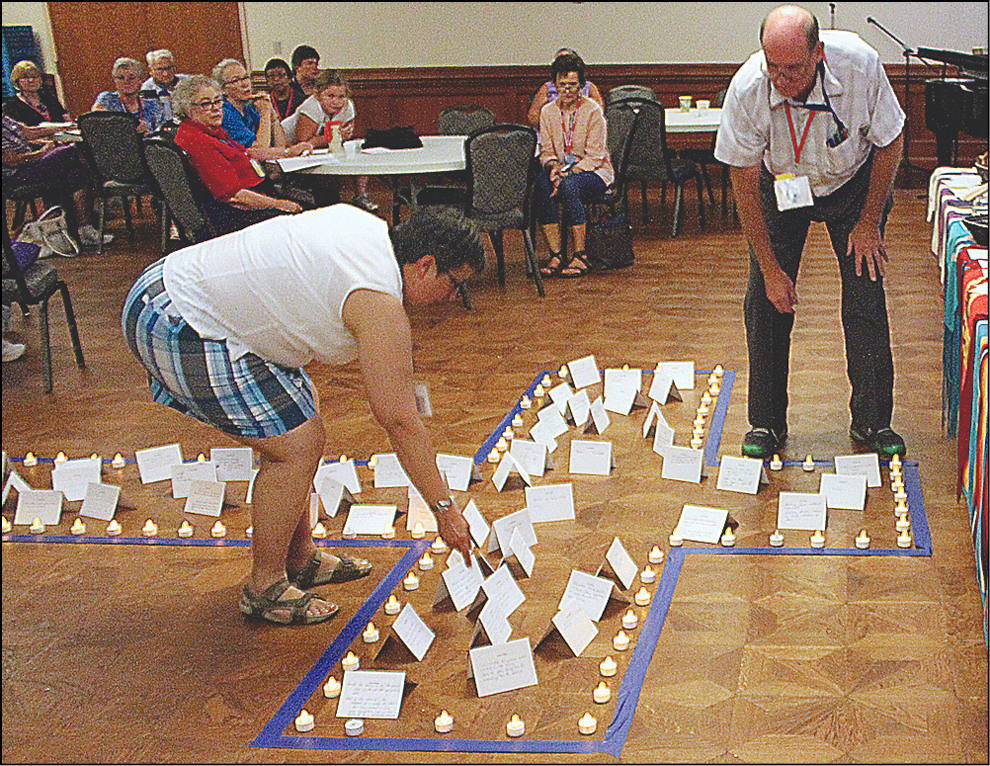 C.J. Shell and Warren Neff place their personal action cards within the outline of a cross.