A former president and chancellor of Oklahoma City University, Jerald Carter Walker of Tulsa died Dec. 24, 2016. He was 78 years old.

Rev. Dr. Walker was the longest-serving president in the history of Oklahoma’s only United Methodist university, devoting 18 years (1979-1997) to improving higher education; driving standards and accountability in Oklahoma political and social ethics; and access to education for Native Americans, other minority students, and students abroad.

He also served as president of the National Association of Schools and Colleges of The United Methodist Church.

A native of Bixby, he graduated from OCU, where he was president of the student association. He earned graduate degrees at the University of Chicago Divinity School and Claremont School of Theology. An ordained United Methodist elder, his career prior to OCU included service as chaplain at Nebraska Wesleyan University and president of John J. Pershing College, Beatrice, Neb.

Walker contributed to building community and making people believe in education through other memberships, including the Board of Directors of the 4-H Foundation. He was named a Distinguished 4-H Club Alumnus in Oklahoma and Nebraska.

The National Conference of Christians and Jews honored him as a Distinguished Humanitarian. He was inducted into the Oklahoma Higher Education Hall of Fame. He served as a member of the Oklahoma State Ethics Commission.

His capacities extended outside the U.S. as well.

During his tenure at OCU, Walker led in establishing 18 graduate programs in China, and he paved the way for the university to conduct master’s programs in Hong Kong, Kuala Lumpur, Singapore, and the United Kingdom. He established management education programs for 500 Soviet Union aviation executives.

When Walker became OCU’s president, the institution was in dire financial straits. His leadership was key in what was heralded as “the miracle on 23rd Street.” OCU’s endowment grew from $2.8 million to over $36 million.

Among survivors are his wife, Virginia Walker, and daughters Elisabeth Walker and Anne Walker Gibson. 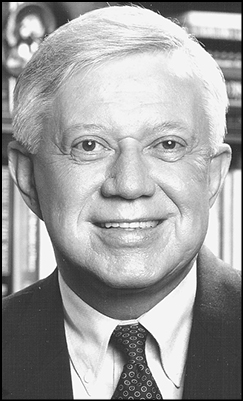