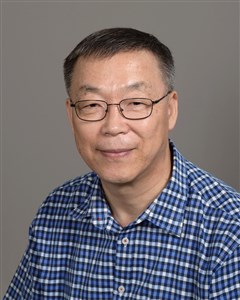 Lawton-New Light pastor Rev. Kiyoung Jeong is one of five people chosen to receive the 2021 National Order of Merit Award from South Korea. A representative from the Houston Consulate will travel to Lawton to present the award to Jeong later this fall.

Though Jeong is thankful for the award, he emphasizes that the work he’s done has been possible because of the work of his church members.

“This is very honorable for myself, but I would like to (share) this award with my church members because we have been in community service all together,” Jeong said. “All the church members support my ministry, so this is not my portion, but my church members’ portion.”

Jeong was selected for his continued work with veterans, especially those who served during the Korean War, as well as encouraging an awareness of South Korean culture in the local community.

“The city of Lawton provided almost two acres of land (next to the park), so I cooperated with Korean war veterans and with my church members, and we fundraised and made a Korean monument,” Jeong said.

Jeong enlisted in the American military in 2002 and completed three years of active duty. He served as a chaplain and spent 11 years of service in the army reserves after his active duty ended.

“I made a relationship with the men, and I served them. If they have dinner, I attend and deliver a message.,” Jeong said. “If they served and have few or no family members, I and our choir member attend that funeral service and we sing several songs for the funeral. We don’t serve only United Methodist veterans, but also those (from) other denominations. Any church or any group, we serve.”

After he was discharged, he continued his work with veterans by partnering with a church member for weekly visits to local nursing homes and assisted living facilities. After ten years of this ministry, they have developed ongoing relationships with veterans in seven locations.

In addition to visiting veterans in assisted living facilities, Jeong led the fundraising effort to build a monument to Korean War veterans in the largest public park in Lawton. He helped raise $100,000 to pay for the addition to the park, and he hosts a memorial event there for veterans twice a year.

“Many citizens over the Lawton and Ft. Sill area use that park facility,” Jeong said. “If they’re jogging or walking, they must pass the Korean War Veterans monument. It’s in a good location.”

The church also started a Korean language school that is open to the public. Students range from ages four to adulthood. They attend on Saturday mornings between 9:30 a.m. and noon to learn both the Korean language and aspects of South Korean culture, including traditions and music.

“We do service enthusiastically,” Jeong said. “Our church is very busy and open to the community and public seven days a week.”

Jeong has served as the church’s pastor since 2004. He is proud of the work his church has been able to do with their limited size of around 50 people.

“With the pandemic, we have around 50 members… they devote their time and their money,” Jeong said. “We have been paying for our building, but even though that is a big portion (of the budget), we did not stop paying the other apportionments. We still support missionary and community service. We still try to serve others. We do not stop.”

The National Order of Merit is awarded to those who have contributed both to the improvement of the people’s welfare and national development in the fields of politics, economy, society, education, and academia. Jeong is the only recipient chosen from the United States.