Kelly is president at Epworth Villa 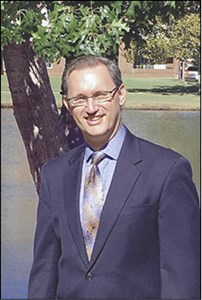 Ron Kelly
Ron Kelly, formerly of Frisco, Texas, joined United Methodist-related Epworth Villa as its new president and CEO on Oct. 25.
The nonprofit senior living community in Oklahoma City was founded by the Oklahoma Conference.
Kelly is the former executive director of Presbyterian Village North in Dallas, which serves over 500 senior residents.
He was also with United Methodist-affiliated Wesley Manor in Frankfurt, Indiana, for 17 years, serving as its president and CEO and previously as chief financial officer. He led a $12 million expansion and renovation project there.
“My faith journey began in a small United Methodist church in Illinois that my family attended when I was in elementary school,” Kelly said. “However, it wasn’t until college when I started attending a Bible study on the book of Romans that my life changed, with God at the center of my life.”
In his early 20s, he attended seminary for a few years while working as a CPA.
“I consider it a privilege to serve older adults and to support the caregivers and service professionals who meet their needs,” he said. “I hope that the way I lead and serve others brings glory to God.”