Walled in by beauty at Canyon Camp, 80 people recently covenanted to tear down ugly walls of institutional racism in the Church.

A 24-hour retreat culminated with agreement on specific "next steps" of action, according to Jeni Markham Clewell of the Oklahoma Conference’s Board of Church & Society.

The Board and the Peace With Justice Task Force sponsored "Tearing Down the Walls — Dismantling Systemic Racism," led by two facilitators from Crossings Inc. They were Derrick Dawson of Chicago and Lori Adams of Indianapolis.

Among the plans that participants made are these three steps.

1. Provide training about racism to Oklahoma’s clergy, ongoing, like the sexual harassment training now required of all clergy.

2. Extend such training to lay people, and schedule it regionally.

3. Meet with top Conference leaders to urge more diversity among leadership and in the ministry center and offer help creating a plan to achieve that.

The event in late August began as the mostly white participants listened — without interrupting, without questioning — as four non-white people talked about experiencing racism.

"I’m so sad when other churches are playing their volleyball teams and my church is having a retreat on how not to get shot."

"A sister of the church told me not to speak Spanish in front of her ever again."

"Knowing someone doesn’t like me for things I can’t control breaks me."

"You could get slapped when you turn the other cheek."

"Removing mascots: we don’t have to justify it."

"I can’t watch cartoon violence, but I pay for all my kids to have weapons training."

"I’m brown, strike one. I have an accent, strike two. I’m an immigrant, strike three."

"The stories of injustice and violence against (Native) people are the same no matter where" in the world.

"I am always aware that I cannot just be."

"I’m not the first person to talk; this isn’t the first conference on racism to take place. But here we are! It’s not rocket science. The things we are doing that harm each other: Stop!"

"I burden you with this not to say feel sorry for me or make you feel guilty. Feel empowered! Minorities can’t change the balance of power because we don’t have the power. You do. It rests on you if you want to fix it or not."

Both facilitators, Dawson and Adams, pressed the group to focus on identifying racism embedded within the Conference structures and ways to address it.

They reminded Oklahomans that conversations on race often are limited to "black vs. white," overlooking people who are Latino, Asian, Native American, or mixed race.

"We have to be very intentional that there are other folks in the room," Dawson said.

A documentary video underscored their point. It told the stories of two men, one Japanese and one from India, whose petitions for U.S. citizenship were rejected by the Supreme Court.

But they urged those attending to persist. Dawson spoke about receiving an organ transplant. The race of the donor had no importance for him. "I just needed O-positive blood!"

The Board of Church & Society, chaired by Mark Davies, provided handouts of "The Social Community: Rights of Racial and Ethnic Persons" (paragraph 162.A, Book of Discipline) and a statement issued by Bishop Jimmy Nunn after recent deadly racial violence in Charlottesville, Va. 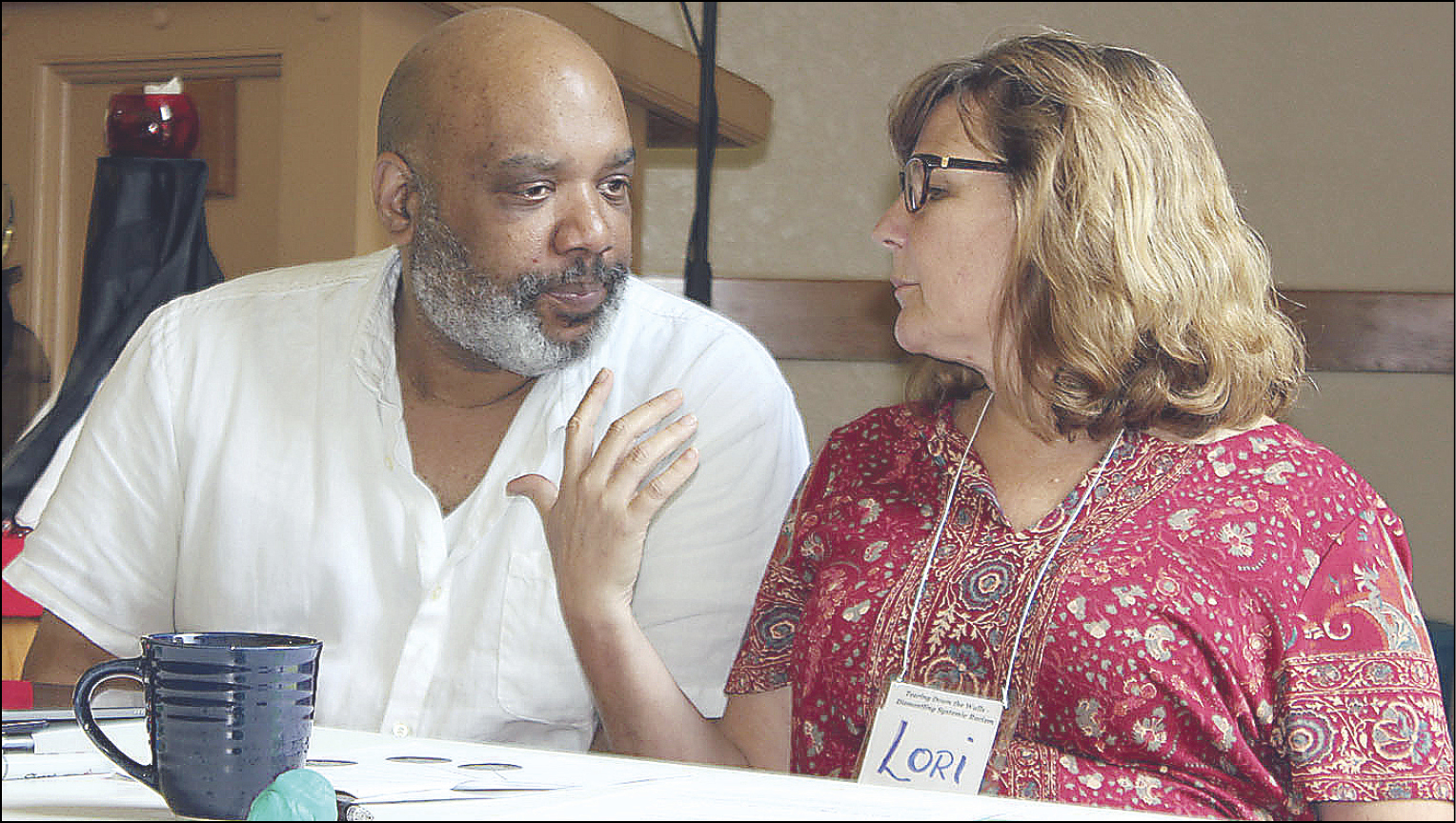 Derrick Dawson and Lori Adams prepare to teach about racism. 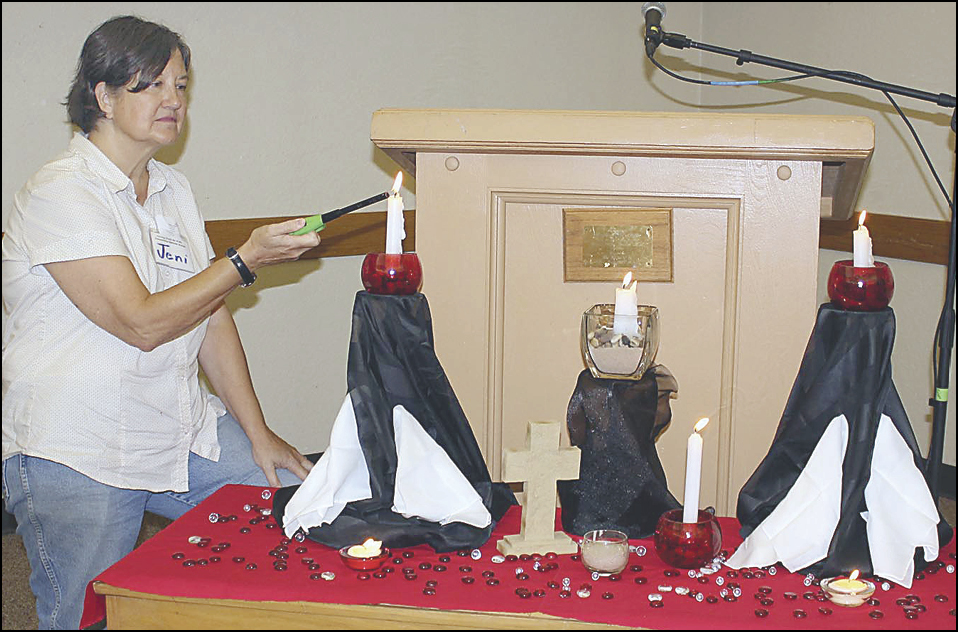 Jeni Markham Clewell of the Board of Church & Society lights candles on behalf of people who suffer because of racism.