Rev. Dr. Nunn was elected to the episcopacy July 15 at the South Central Jurisdictional Conference of The United Methodist Church, meeting in Wichita, Kansas. About 11:30 that night, his assignment to lead the Oklahoma and Oklahoma Indian Missionary Conferences was announced, and he was consecrated the next day.

"I am thrilled," he said as Oklahomans engulfed him and his wife, Mary, minutes after the assignment was known. "The conference is really strong. There are so many good leaders there."

Bishop Nunn, 59, had been the director of mission and administration (connectional ministries) for the Northwest Texas Conference since 2011. In that role, he led efforts that resulted in 13 church starts/restarts in two years.

At a press conference, he said 10 of them focused on reaching Hispanic/Latino people, who comprise 38 percent of the region’s population. The Nunns regularly attended one of those new churches.

As director, he also focused on encouraging young adult leaders. Forty percent of the Northwest Texas Conference staff members are younger than 35.

"Young people have energy and ideas, and a spiritual depth sometimes older folks overlook," he said.

Jimmy Nunn grew up in Abernathy, Texas, with about 2,800 population. His calling to ministry is "rooted in a series of events," including a youth revival.

He also described getting lost in the mountains of New Mexico during a Boy Scout camping trip. He prayed: God, get me out of this and I’ll even be a preacher. A fisherman returned him to camp.

Jimmy and Mary met while attending McMurry University, Abilene, Texas, and married in their senior year. Mary is a piano teacher with her own studio. He enjoys golf; she likes to swim.

Their grown children are Michael and Jaime, who is married to Scott Montgomery.

The new bishop earned the master of divinity and doctor of ministry degrees from Asbury Theological Seminary, Willmore, Ky., and was ordained as an elder in 1983.

Professions of faith and growth in worship attendance tell the story of his witness for Christ as a pastor, according to his resume. At Jayton, worship tripled and eight people made professions. Serving at Earth, population 1,100, resulted in 32 new Christians. While an associate at Lubbock-First, he welcomed 481; and at Oakwood and Aldersgate, both in Lubbock, 53 each. He also was a district superintendent.

Nunn’s election is a milestone for Northwest Texas because he is the first bishop elected from that conference in at least five decades. 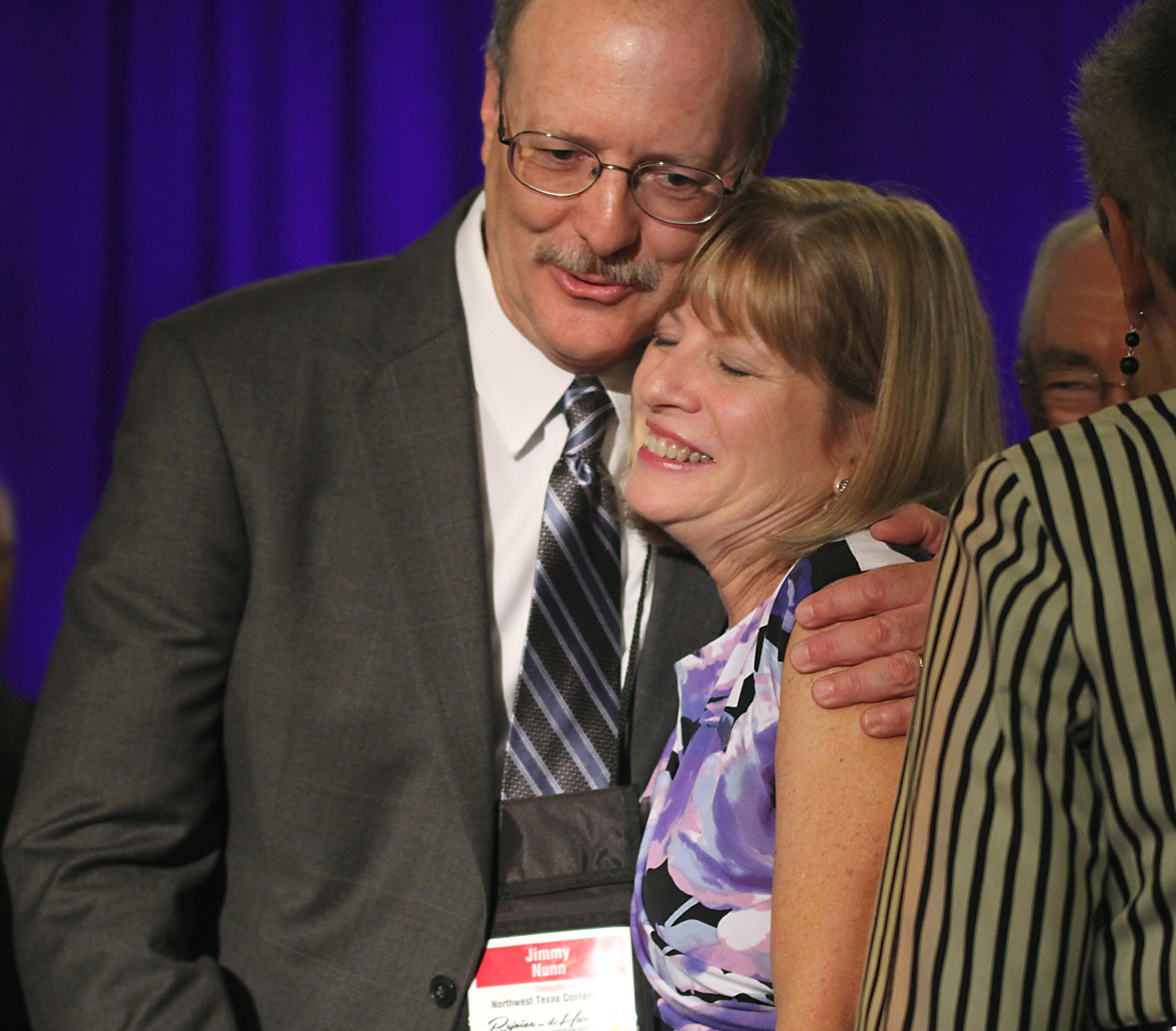 Bishop Jimmy Nunn hugs his wife, Mary, on stage after his election July 15. 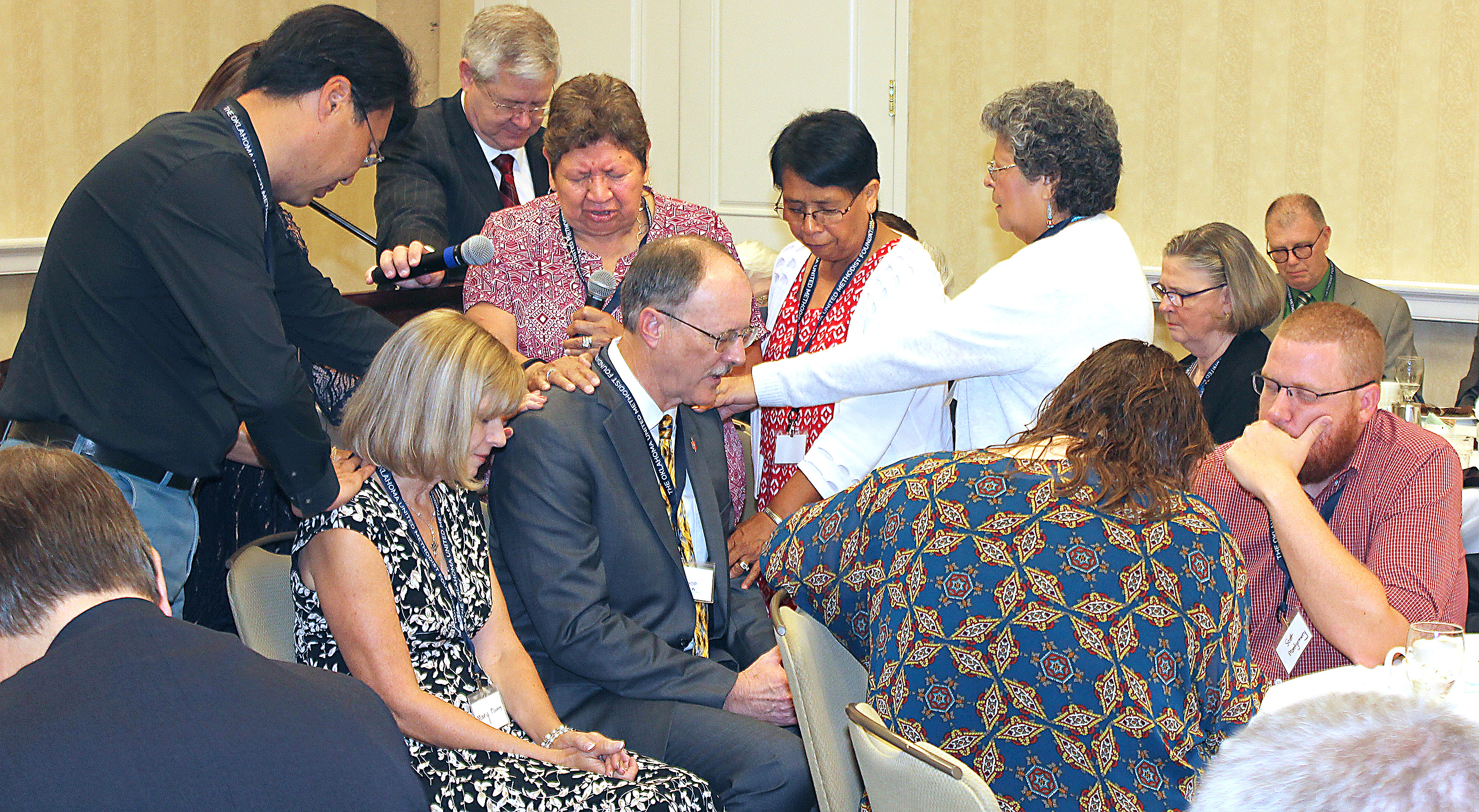 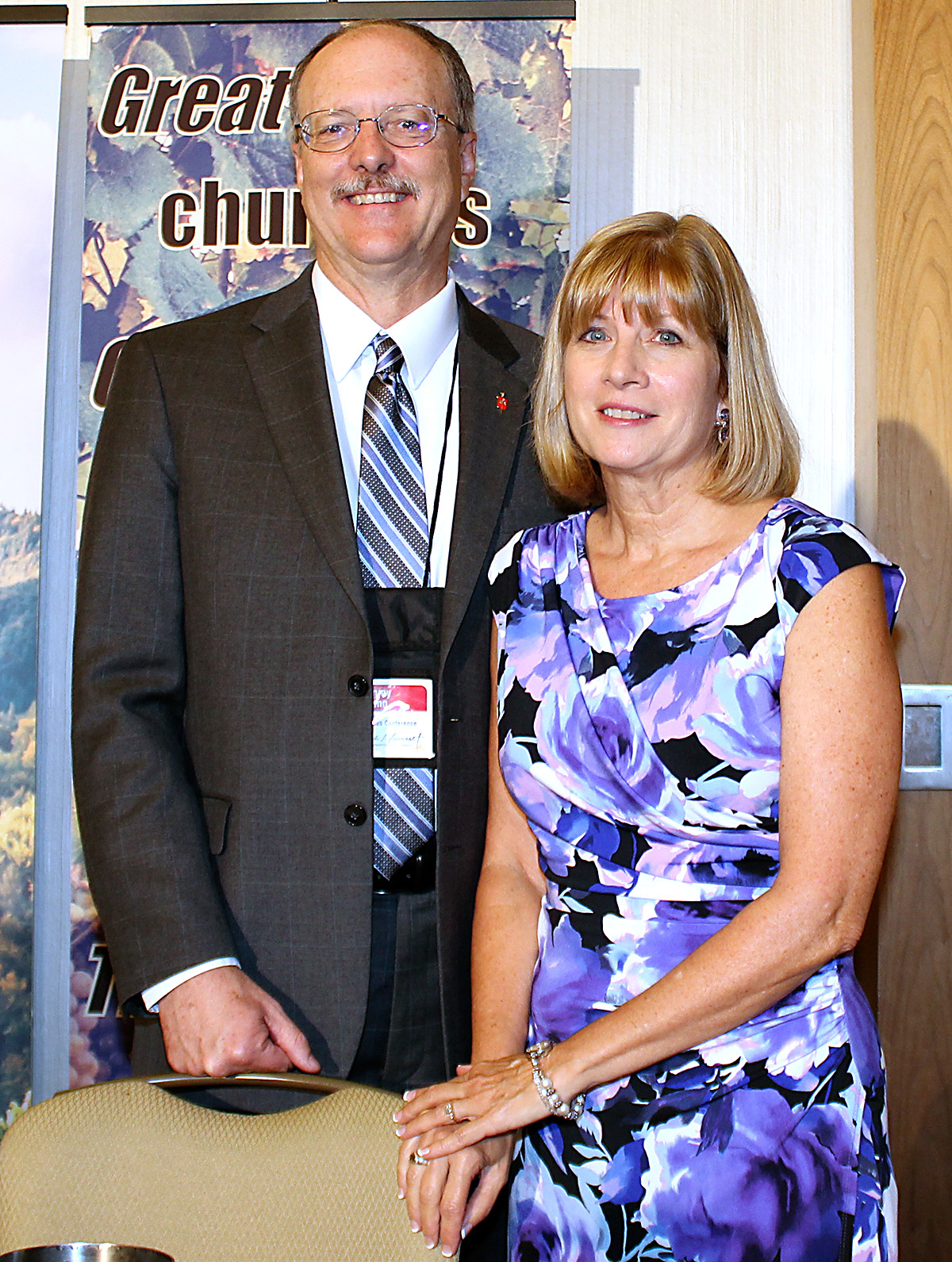 Above: Delegates of the Oklahoma Area pray over Bishop Jimmy Nunn and his wife, Mary, at a breakfast event July 16 in Wichita, Kan. Bottom: Jimmy and Mary Nunn meet the press July 15. 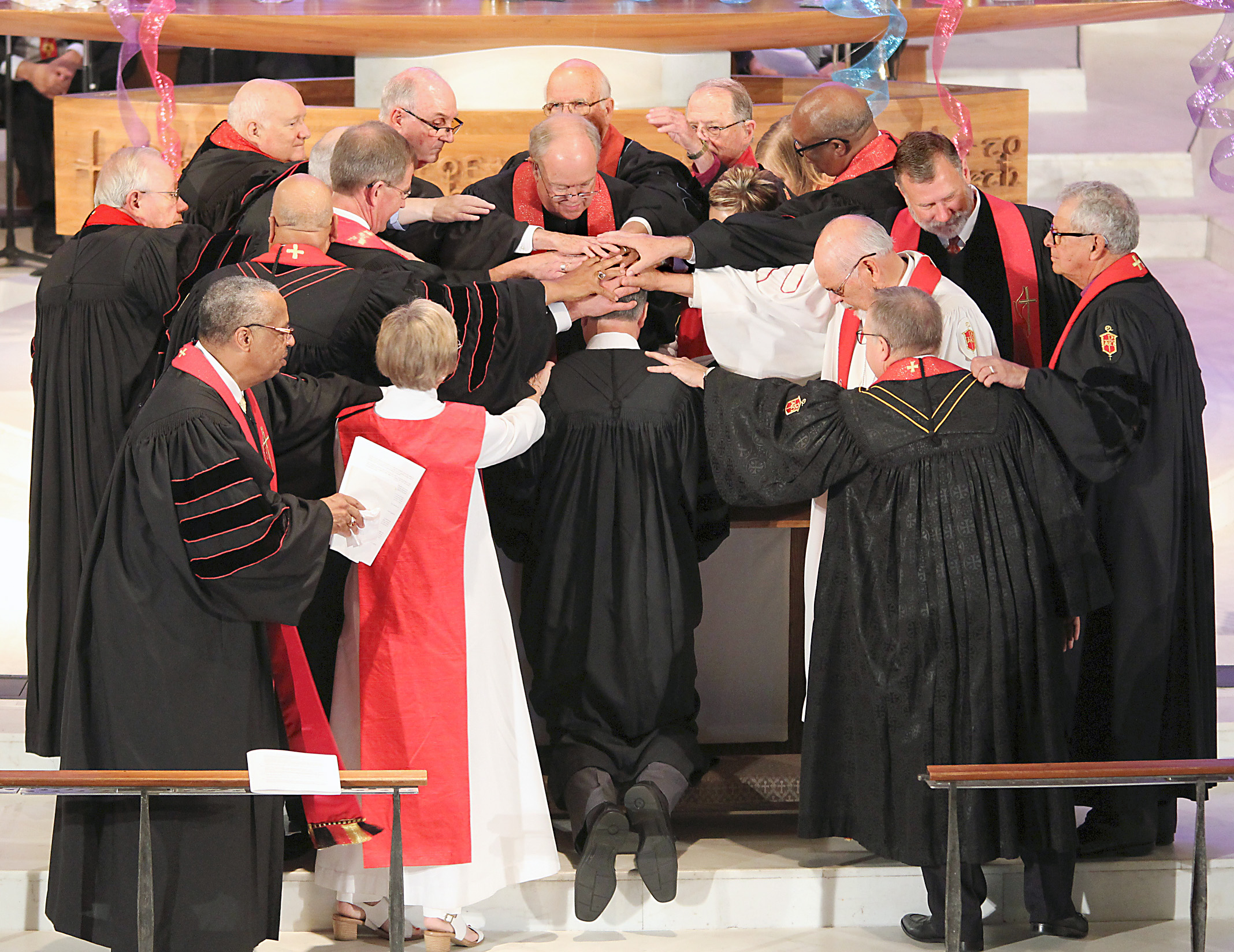 Bishops active and retired surround Jimmy Nunn as he is consecrated July 16 at Wichita-First UMC. At lower left are Robert Hayes Jr. and Janice Riggle Huie, bishops who retire this year in the South Central Jurisdiction.