OCU is pleased to welcome Elizabeth Horton-Ware as the new director of Religious Life.

Her appointment, which began on June 8, includes oversight of the OCU Wesley Center, coordination of the school’s ecumenical and interfaith student groups, assisting with the campus worship services, and participation in church-relations activities and conference events hosted by OCU.

For the last seven years Rev. Horton-Ware served as the Wesley Foundation director at Southwestern Oklahoma State University in Weatherford.

Previously she served as the associate pastor at Grace UMC in Oklahoma City.

Her seminary degree is from Candler School of Theology in Atlanta, Ga.

She said she has a strong sense of calling to campus ministry and always hoped that she would have the opportunity to come back and serve at OCU, where she was active as a Wesley Center student from 2000 to 2004, while Brett Thomasson was its director.

In her short time on the job, Horton-Ware has already participated in several Stars 101 new-student orientations, preached at Oolagah, attended camp as an adult leader, and met with Wesley Center interns to begin planning for the coming school year.

Horton-Ware follows Rodney Newman, who served in the position of director of Religious Life from 2014 to 2016 and previously as university chaplain from 2008 to 2014. Rev. Newman also served as the director of the Owen Wimberly Center for Continuing Education in Religion at OCU.

He has since been appointed as pastor of Bridgeview UMC in Norman and part-time as chapel coordinator for Saint Paul at OCU. Newman’s eight years of service to the university were recognized during a special tribute during the final University Chapel Service of the school year.

If you have a student who is at OCU, is coming in the fall, or who is considering studying at OCU, please encourage them to introduce themselves to Horton-Ware in person or by email. Her office is located in the lower level of the Bishop W. Angie Smith Chapel. Her email address is erhortonware@okcu.edu. 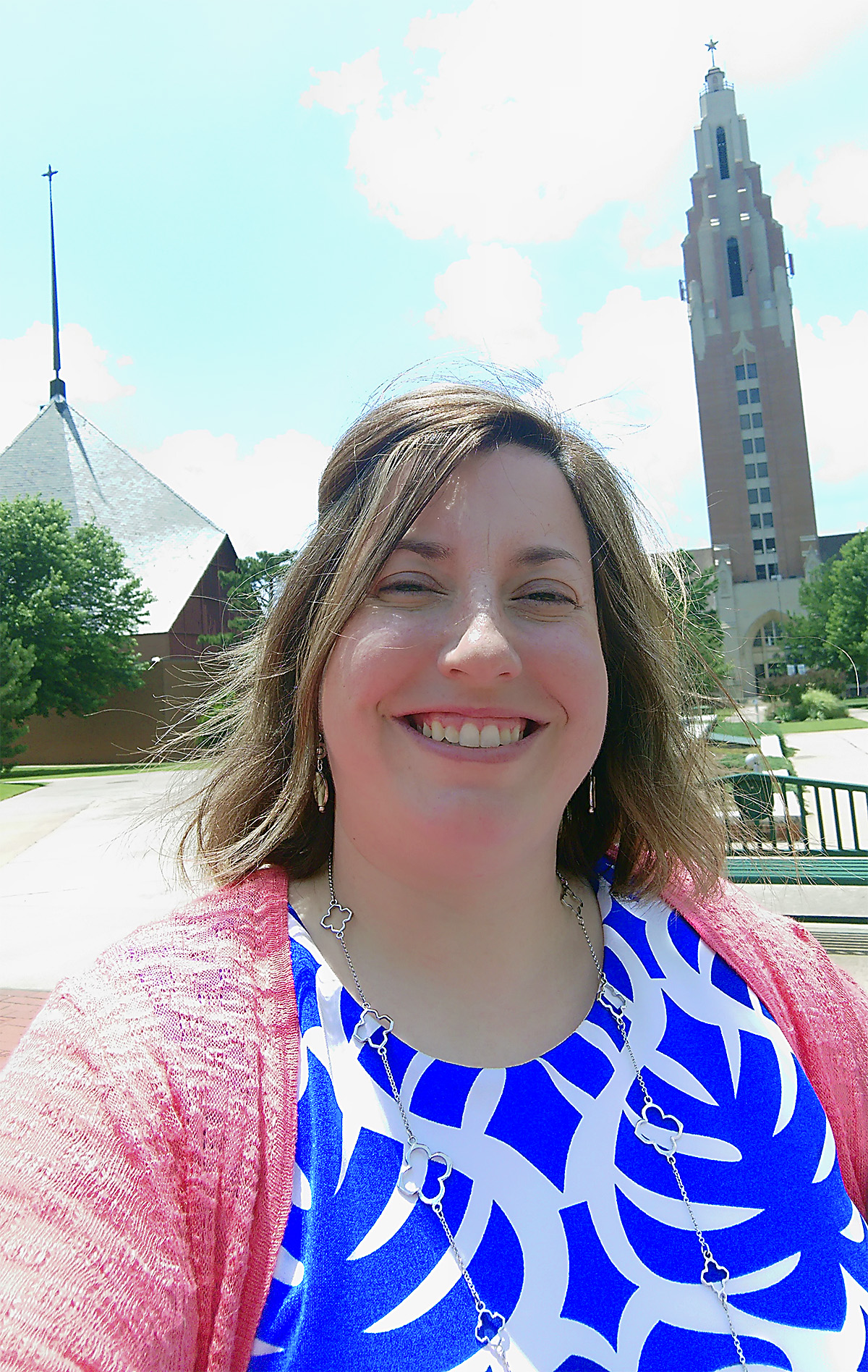 Elizabeth Horton-Ware makes a photo record of her first days as OCU director of Religious Life.