Members of a new United Methodist group mean exactly that when they invite others to join them in Ardmore.

"I think God was positioning us in this place and this moment to do this," said leader Brad Dery. He is associate pastor at Ardmore-First UMC, of which Home Church is a satellite. It also is a planting project of the Conference’s New Faith Communities (NFC) Ministry Team.

Each consists of up to a dozen adults, plus children, who meet in a home. They commit to attend a weekly Primary Gathering, with a stipulated format and a meal. From among them, Transformation Groups of two to three people meet weekly for accountability in their discipleship. And each person reads the same daily devotional selections. A monthly gathering of all the groups includes Holy Communion.

"When you talk to people on a weekly basis about the deep thoughts, desires, and fears of your soul, you develop trust pretty quickly," said Dery.

The Home Church website states: "We are an authentic, rock solid community of people who follow Jesus."

Dery’s vision for Home Church began with a desire to be part of a close Christian community "like we see in scripture (and) in early Methodism." This Local Pastor said he studied John Wesley extensively even before he became United Methodist. John 3:18 is a favorite scripture.

The people of First UMC studied and prayed over the proposal. Senior Pastor David Daniel said it was approved unanimously by the Administrative Council and the congregation. Lake Country District Superintendent Larry Baumann said the district’s Missional Strategy Team voted to support the endeavor and gave some seed money.

The NFC Ministry Team will provide a total of $120,000 over four years, according to Director Chris Tiger. Apportionments sustain all the work of NFC.

Rev. Tiger pointed out that some people who will not worship in a church, no matter how beautiful the facility, will meet together in a home.

"I applaud Ardmore for meeting the needs of people not ready to come to their facility. They don’t want to hinder anyone from coming to know Jesus and becoming a disciple," he said. "They are going to where the people are."

An adult and three children were baptized at the first monthly gathering, which Tiger attended Feb. 19 on the First UMC campus. Leaders expected 30 people; 50 came.

The monthly gathering helps connect groups to one another and to the sponsoring church, similar to Wesley’s Society meetings.

"That is one of the things NFC thought important, that made this different from a weekly home gathering," Tiger said. "We are interested in providing alternative models of church, and certainly meeting in someone’s home is a model that has been used from the beginning of the church."

Rev. Daniel said of the project, "This is how the church grew. Read the New Testament. It was in houses. Cathedrals came much later."

He noted, "Wesley organized into classes, into groups, and look how it exploded."

Home Church grows as more people join a group. A person age 13 or older is considered a participating member.

"Any living room can only hold so many people. When you reach capacity, you take a few members and start a new one somewhere else," Dery said.

"It is our hope that as we grow we will have these in every community … and tie them to licensed or ordained people in the area for the sacraments. So these could be implemented anywhere." The Ardmore group already networked with some house churches in India, he said.

The Home Church manual states: "The overall expectation of our membership is one of high participation and commitment … every Christian is a point of contact between heaven and earth — and a full-time missionary to the people around them."

Discipleship "is not a spectator sport," Dery declared. "If the Lord has placed somebody on our heart, we have an incredible responsibility to carry through." 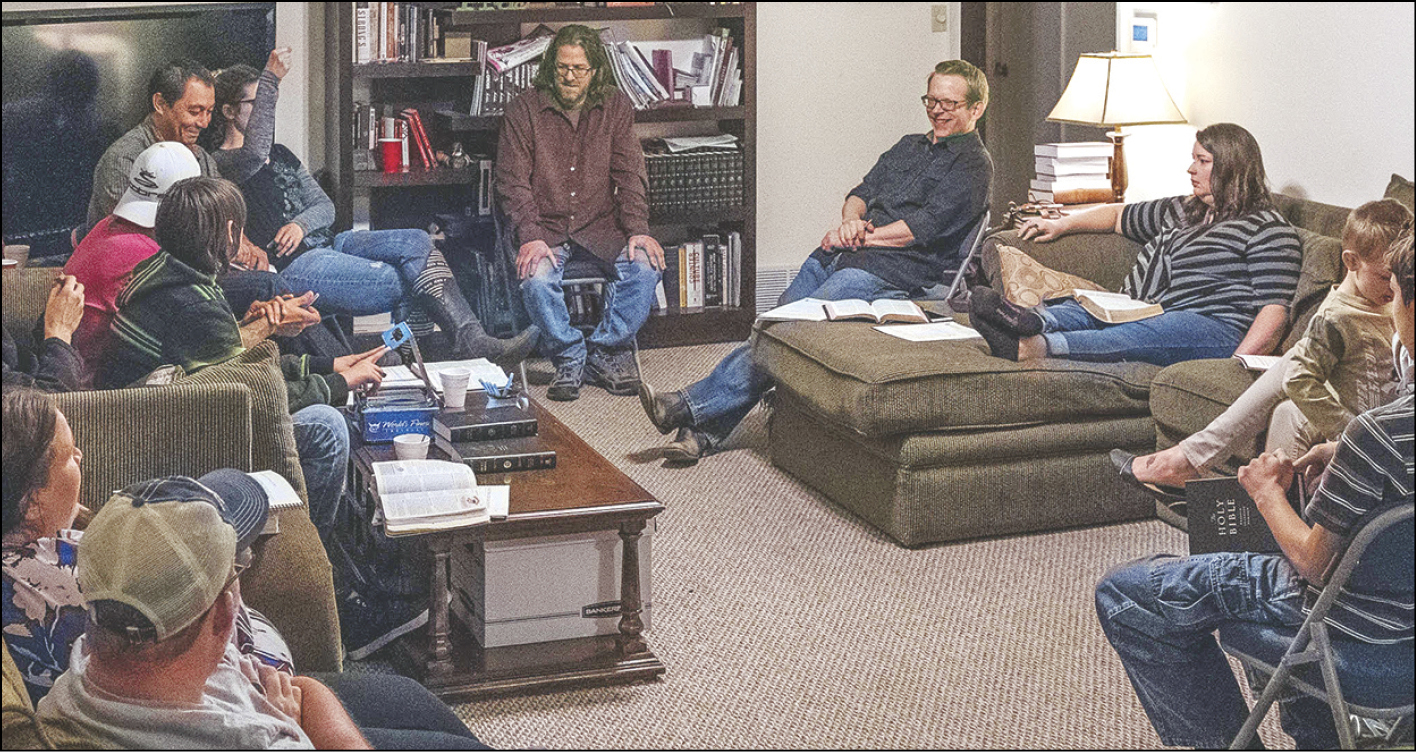 Top: A Home Church group meets on a Monday evening in the living room of Brad and Stephanie Dery of Ardmore. Below: a toddler is among four people baptized Feb. 19. 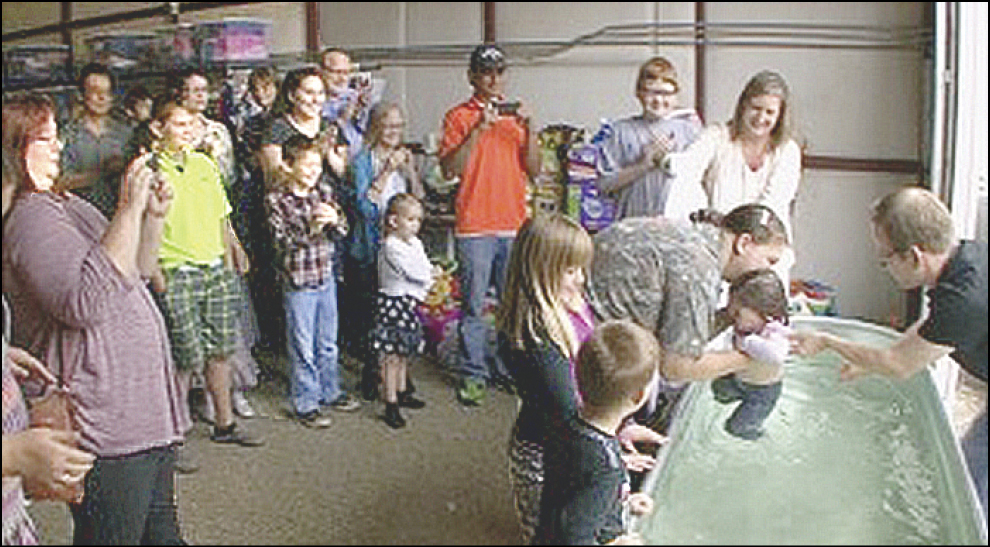