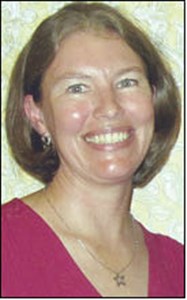 Elizabeth Anthony
BY CHRIS SCHUTZ
Behind the scenes of videos about the history of The United Methodist Church in Oklahoma lie the skills of a passionate Oklahoma City film historian.
Elizabeth B. Anthony, a member of OKC-Crown Heights UMC, co-wrote, co-directed, and produced “Who Is My Neighbor? Native American Methodism in Oklahoma,” a 25-minute documentary examining the turbulent 300-year relationship between Native Americans and Methodism.
She also wrote, directed, and produced “Gone With the Oklahoma Wind: Methodist Division and Reunification, 1844-1939,” an 8-minute documentary about the pre-Civil War division of U.S. Methodism and the role Oklahoma Methodists played in bringing about reunification.
Anthony traces her interest in the Church to her family’s long relationship to it — paternal ancestors were Methodist circuit riders. They preached in the Love County area of what then was Indian Territory.
She displayed her interest in film as early as high school. As a student at Casady School in Oklahoma City, she did an independent project on “The Use of Movies During World War II as Propaganda Toward the War Effort.”
Then she wrote a thesis in French titled “The Cinema and the State: A Very French History,” at Princeton University, and a master’s thesis titled “‘Us’ and ‘Them’: Defining the United Nations in American Feature Film, 1939-1945,” at the London School of Economics and Political Science.
Her interest in classic films led to the formation in 1997 of the website http://reelclassics.com. She currently makes her living as a film historian, researching, writing, and lecturing about classic movies.
She began serving on the Oklahoma Conference’s Commission on Archives and History in 2012. Her father, state Corporation Commissioner Bob Anthony, is a former member.
Elizabeth Anthony said the “Who Is My Neighbor?” documentary was the result of a two-year Archives and History project that began with a question: How can we interact better with Native American churches?
The film was shown during the 2016 Annual Conference, and copies were distributed to local churches by the Archives and History commission.
Now that group is working on a companion study guide. The guide, in the 50- to 60-page range, will be an online resource, Anthony said. “People can print as many copies as they want.” It is expected to be complete in spring 2018.
“Who Is My Neighbor” is “very accessible,” she said. “You can watch it in a Sunday School class very easily.”
Oral history interviews helped the film tell about Native Americans during events including the Trail of Tears, she said.
Some people resent dredging up those details, Anthony said. They ask, “How are these wounds supposed to heal when you keep picking at them?”
The hope is the film will prompt small-group conversation about “how we can interact better with Native American churches,” she said.
Also key in making the film was commission member Jerry Gill of Stillwater, who was recently honored with a Distinguished Service Award by the General Commission on Archives and History.
The Conference’s DVD Library has copies of “Who Is My Neighbor?” available to churches free of charge. “Gone With the Oklahoma Wind” can be viewed at http://libguides.okcu.edu/Archives_home/UMCarchives