In telling her ministry story May 30, Emma Mae Richardson spoke for 23 people — the first group of ordained clergy deacons in the Oklahoma Conference, in 1997.

Rev. Dr. Richardson was an honored guest at a luncheon, during the 2016 Oklahoma Annual Conference, that marked 20 years since deacons were officially recognized as full clergy members in The United Methodist Church, by action of the 1996 General Conference.

As a high school senior, Richardson said, she knew she was called to a Christian vocation, but not to be a pastor. She grew up in New Mexico and heard that call at a church youth camp. She went on to earn a master’s at Candler School of Theology.

She was designated a "lay worker" in 1969 when she started directing a Christian education program. Beginning in 1972, she served at OKC-Chapel Hill.

In the late 1970s, her title became "diaconal minister," after a General Conference approved that term for laity in certain church-related careers other than the pastorate.

For her, however, her work was never a job, but a ministry calling from God.

She joined others advocating the General Conference to designate deacons as United Methodist clergy in servanthood ministries.

"In the places we served beyond the church, we were seen as clergy," Richardson said.

She began serving at Tulsa-Boston Avenue in 1991. An Oklahoma lay delegate to the 1992 General Conference, she saw the proposal for deacons rejected by a few votes. The outcome changed at the international meeting in 1996.

"What a joyous moment it was," Richardson recalled.

Deacons work in hospitals, social-service agencies, mission agencies, schools, counseling centers, and other settings as well as in congregations, according to the website www.gbhem.org.

After that historic 1997 ordination, Richardson’s title became associate pastor at Boston Avenue, where she ministered until 2008.

She also was the first deacon to chair Oklahoma’s Board of Ordained Ministry. Now retired, she lives in Texas.

Retired Deacon Ginger Howl of Oklahoma City, also in that 1997 group, was the first chairperson of Oklahoma’s Order of Deacons. When she was ordained she felt her call to ministry was fully validated after years of being "just a worker in the church," she said.

Missionary Marsha Alexander also was a member of that first class. Since she was serving in the Philippines at the time, a bishop there ordained her.

He also cited two changes to the Book of Discipline of special interest to deacons. Bishops now can authorize deacons to serve the sacraments in their ministry places, and deacons as well as elders shall spend a week each year and a month each quadrennium for spiritual enrichment. 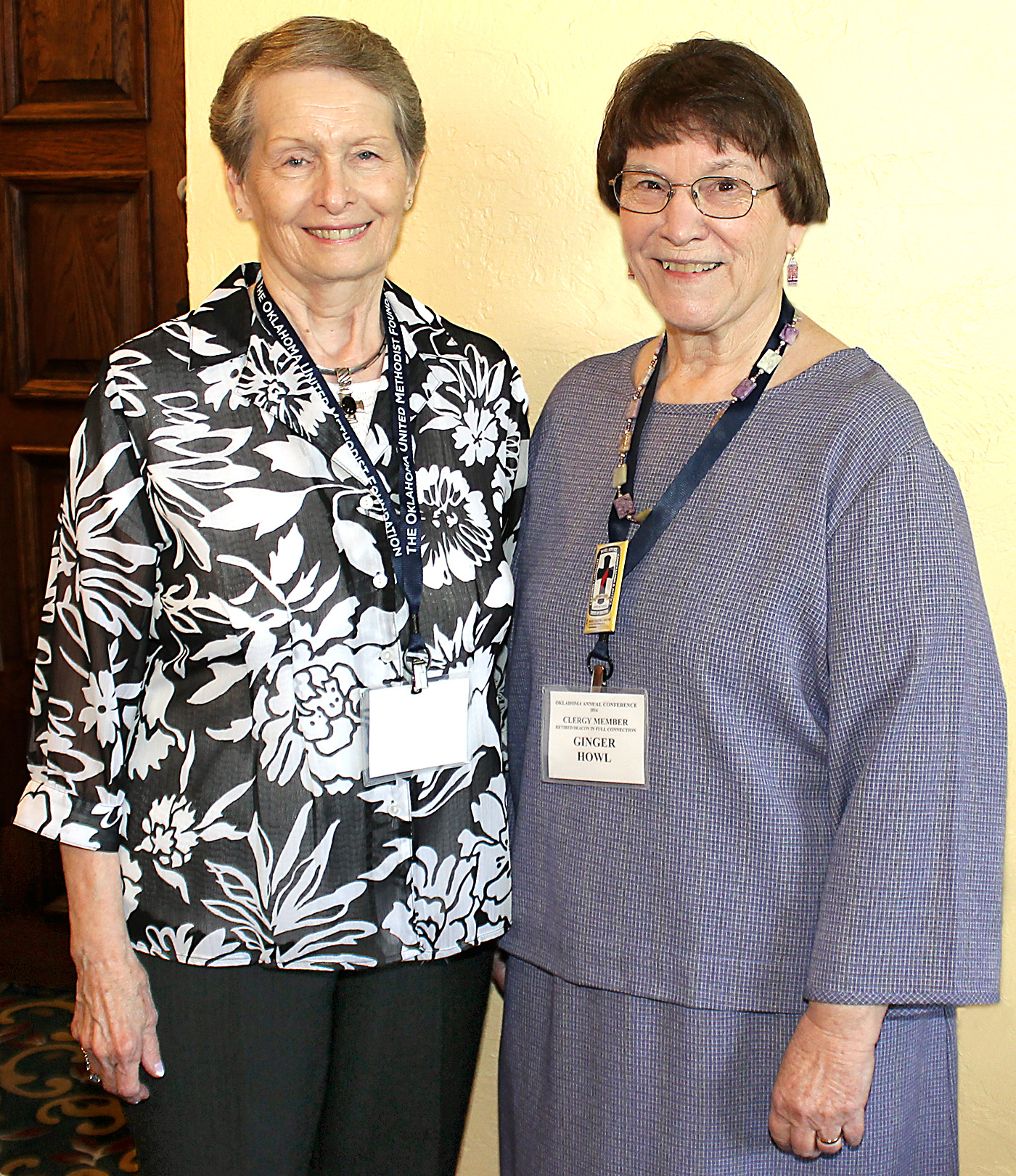 Emma Richardson, left, and Ginger Howl are two of the clergy deacons who were ordained at the 1997 Oklahoma Annual Conference. 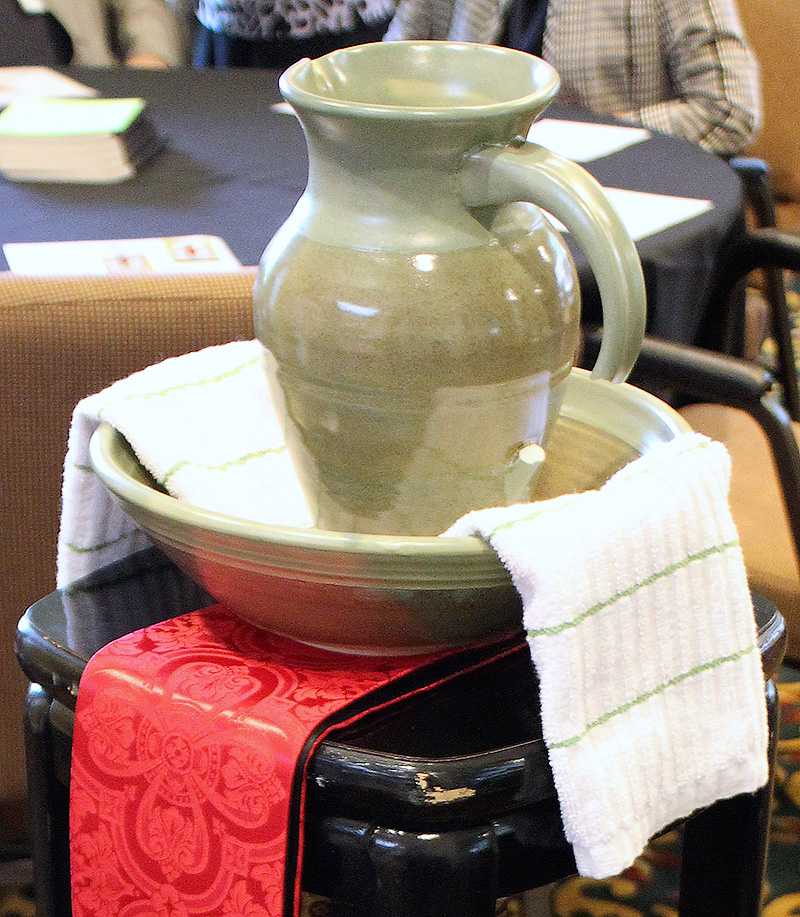 A basin and pitcher represent the service ministry of clergy deacons. Creating a worship center for the deacons’ 20th anniversary luncheon May 30, this set belongs to Phil Greenwald, who serves at OKC-St. Luke’s.