Ultimate Frisbee is my favorite, and I don’t know how many friends I made — a lot!" said young camper Ava Coffel. "The big kids are nice — really open to making new friends."

Zane Trisler agreed. "I didn’t know but a few people here when I came, but I’ve made I don’t know how many friends. My favorite thing to do is the water slide!"

Ava and Zane are just two of 30 elementary-age campers who enjoyed the recent Mobile Day Camp held in Tulsa.

"The camps have all gone really well," said Neil Tate, who is the Conference Camps program director. "I’ve been pleasantly surprised. The kids have all had a really good time. We’ve had tears on Fridays at each of the camps because they don’t want it to end."

New to the Camps’ summer lineup, Mobile Day Camps are providing great opportunities for children in eight cities to experience socioeconomic and racial diversity as they learn and play happily together. Friday afternoons include a closing family event so that parents and siblings can watch the children, then join in on songs and ice cream treats.

"I really like the counselors," Ava smiled. "They always make things fun. You get what you need, and it’s lots of fun. I’d like to be a counselor someday."

"Voyage" is the Mobile Day Camps’ theme. Tate and eight young adults who trained for the specialized program have traveled across the state, pulling their supplies and inflatables in a large trailer and leading the camp in a different place each week.

All agree they have enjoyed the travel and the opportunity to stay in host homes.

In Tulsa they stayed with members of a Sunday School class from First United Methodist. Their hosts went out of their way to graciously meet their needs, the team said.

"The camps each have a little different personality, depending on the setting, but there’s more they have in common," assistant leader Dosanna Miller said. "The kids are all so excited to be here — and sad to leave. They’re very energetic, too!

"I’ve been impressed by how knowledgeable these kids in Tulsa have been. They really know their Bible stories."

The program is proving so successful that plans already have begun for next summer’s Mobile Day Camps. Halfway through this summer’s schedule, 200 children have participated, according to Camps officials.

"Voyage" began in Ada and concludes in Oklahoma City. Along the way, camps have been held in Heavener, Blackwell, Duncan, and more. One person described the program as "VBS on steroids." 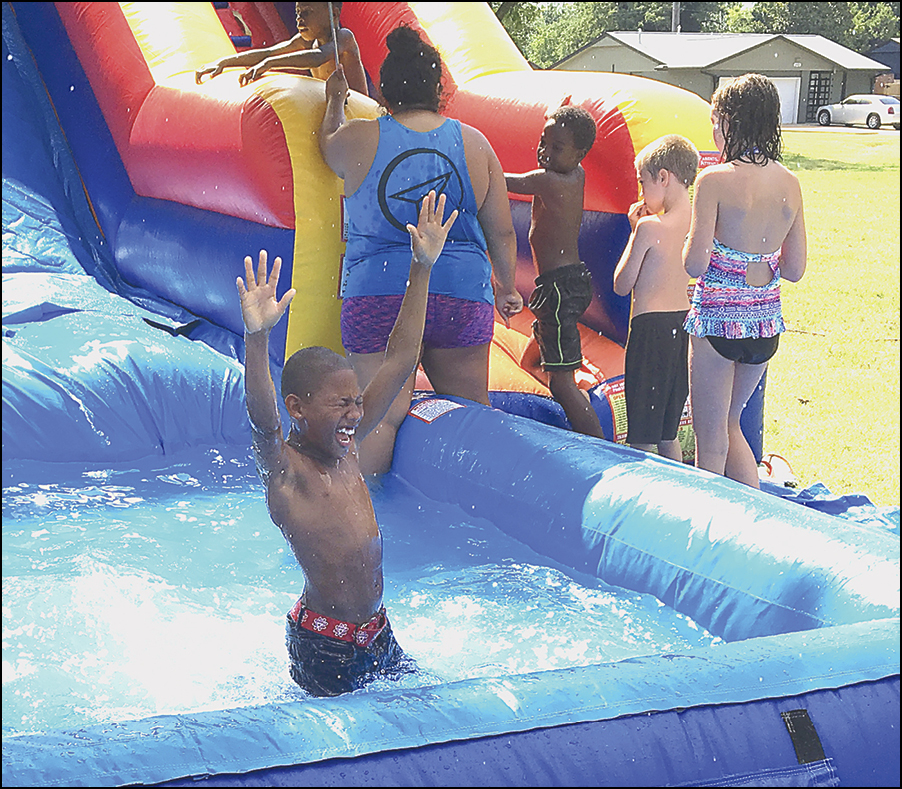 Above: A child is triumphant upon splashdown in an outdoor inflatable during Mobile Day Camp at West Tulsa UMC. Below: A craft project absorbs children and their young-adult leader. 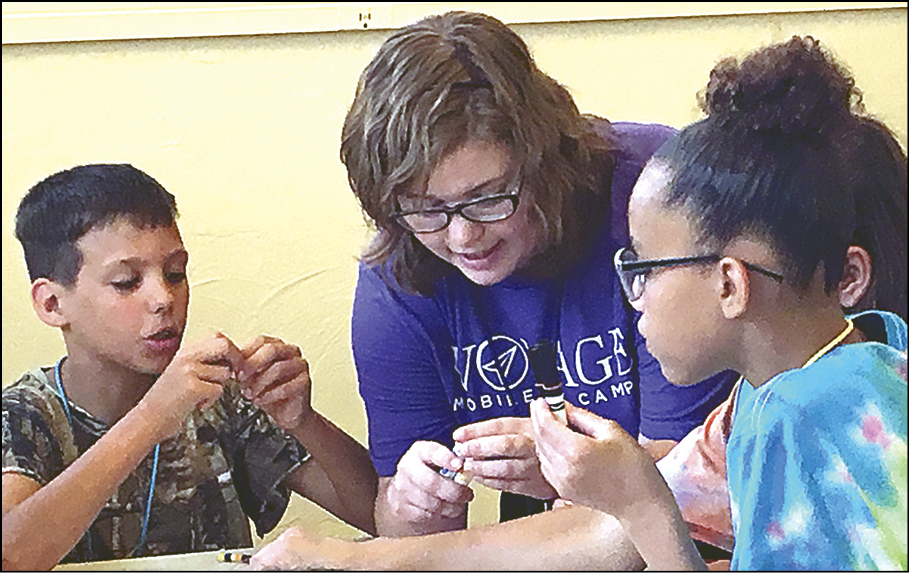