A‌s the two newest cabins at Cross Point Camp were consecrated June 6, Herschel Beard of ‌Madill remembered the site in the 1960s.

He was among the first teen campers when the United Methodist facility opened beside Lake Texoma, a few miles south of Kingston, Okla. Today Beard chairs the Oklahoma Conference Camps Board of Trustees.

Leaders that first summer included college students, who were housed in chuckwagons on site, he recalled.

Another leader then was Mona Mae Waymire, the Madill church’s senior-high youth director at the time. She attended the recent ceremonies, too.

During the Monday events, Bishop Robert Hayes anointed the Healey and Wilburn Cabins inside and out with oil. Among special guests were Healey family members. Lake Country District Youth Camp also began that Monday.

The newly designated Long Tabernacle was toured after dinner and a program that recognized Ken and Jody Long, recently retired after more than 20 years in management at Cross Point. Donations to a fund honoring them will complete the building.

Beard produced a three-page list of improvements made to the camp under the Longs’ direction.

"The two of them have given most of their adult lives to this," he said. They created "a place where we really can make disciples."

All three camps’ current managers attended the special day. They described Ken as a mentor. Egan manager Josh Pulver said, "Ken is the only camp director I remember as a kid."

"Maybe I had a little part," Ken said. "It’s not just what happens here. Multiply it out."

Kingston UMC Pastor Paul McDowell presented a wooden cross gift that he crafted. One side is rugged, and one smooth, he said, symbolizing how Jesus changes people. 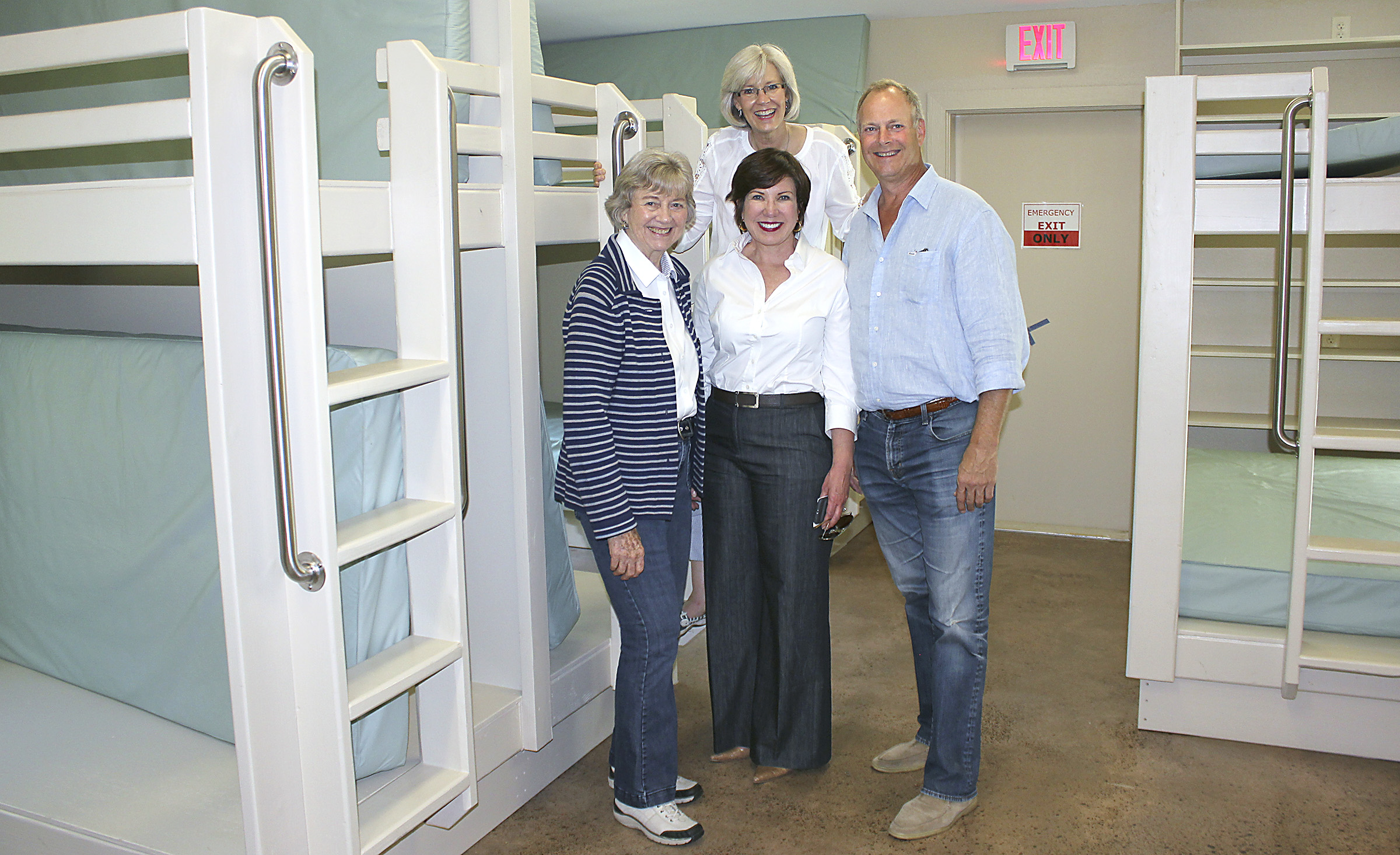 From left: Sue, Holly, and Clay Healey and, at back, Casey Killblane tour a cabin at Cross Point Camp on June 6. Photo by Holly McCray