Cookson Hills Center has always been a big part of Larimie Fixin’s life.

In fact, it often was the reason there was food to eat at home, said Fixin, who is now director of the Children and Youth Program at the United Methodist mission center that primarily reaches Native Americans in a rural part of eastern Oklahoma.

Fighting nerves, Fixin, 23, stood before the hundreds of people at Annual Conference to tell of the differences Cookson Hills has made in his life.

"When you’re a kid, all you know is food’s going to show up on the table," he said. While the boy slept, his grandmother and aunts worked nights putting together Native American jewelry to sell to the mission, which then resold the creations.

"I didn’t know that was how we were getting food on the table," he said.

Some Christmases in his boyhood, there weren’t any gifts for the family, he recalled. But one Christmas, "the living room was filled with presents." His grandmother had been able to buy them through the Christmas store program at Cookson Hills.

Thanks to donations the last three years, the center has been able to double the number of children and teens served during the school terms and summer vacations, according to a recent newsletter. The staff wants to help more of them. The children who come range in age from 6 to 18. They live in remote, rural areas where opportunities and resources are few.

"I was raised like them," Fixin stated in the letter. "They live with food scarcity, with no food in the house at least once a week. And, by the end of the month, they have run out completely."

He continued, "I try to pour the love of Christ into these kids. I am watching them grow, and I see how coming here impacts their lives in a positive way."

The kids play basketball, learn arts and crafts, enjoy cultural outings, and have devotional time. "I just want them to be kids, and give them an escape from what they face at home."

Fixin, who was brought on staff by Interim Director Debbie Humphrey, also works in another one of the mission’s cottage industries, making rubber doormats from strips of used-tire sidewalls. The mats are accented with colored beads made from recycled water bottles. A tire shop in Sallisaw supplies the tires.

Fixin estimates he’s made thousands of the doormats, which come in several sizes. Demand for them varies. "Sometimes I can’t make enough," he said.

At Annual Conference, Cookson Hills offered a range of products at its booth, from several cottage businesses it has launched, providing employment.

Fixin’s goal in leading the kids is to "impact them in a positive, loving way." He also takes part in mission trips and visits inmates in county jails.

He lives in Stilwell and might attend seminary in the future. "I’m open to it if the Lord leads that way," he said.

Other programs at Cookson Hills are substance abuse ministries, day care, assistance to seniors, and more.

This national mission of the UM General Board of Global Ministries is supported by the Oklahoma Conference Apportionments. The UM Advance number for special donations is 582161. 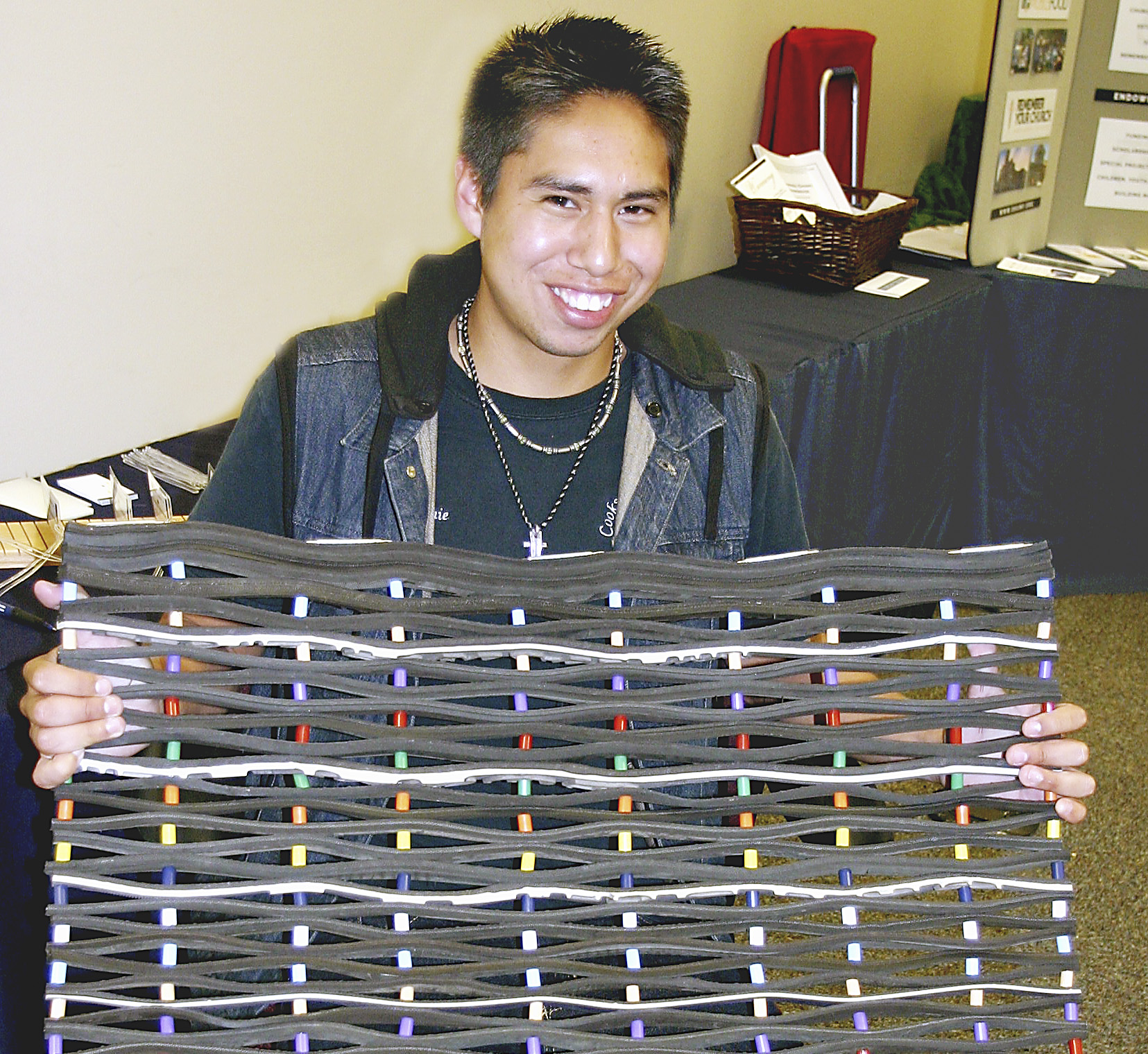 Larimie Fixin shows one of the mats he makes from tires at Cookson Hills Center.
Photo by Chris Schutz