St. Andrew’s is mapping new routes for ministry after exiting the tollway of mortgage debt.

The church in south Oklahoma City recently burned the note in a worship celebration that included showers of confetti. Instead of the usual three services on a Sunday morning, all met together in the gym. Rain cancelled outdoor plans, but the crowd still swelled to 550 people.

"There was nothing that was going to dampen our spirits that day. Nothing could take away from the joy," said Senior Pastor D.A. Bennett.

His sermon was titled "Free To Decide."

A bank official presented the mortgage papers to Lay Leader Rich Snyder. Then Colby Sandburg, who chaired the trustees when the mortgage was incurred, and Ike Dodrill, a charter member who currently leads the trustees, set fire to the paperwork at the altar.

The day’s favorite moment for Kim McKinley came when everyone sang "Praise God from Whom All Blessings Flow," composed in the 1600s.

"The doxology is where we’re rooted, and I grew up singing that. I like how the whole thing came together, the old and the new," said McKinley, the church’s communications director.

St. Andrew’s UMC was planted 22 years ago. In 1996, one building project was completed; construction of the Christian Life Center followed that. A recent capital campaign, "Prepare the Way," has culminated in retiring the debts.

"We are free to decide what God would have us do next," said Rev. Bennett. "God called us to do this, and we did it, but God’s not through."

There’s key interest in expanding family ministries. Leaders met with a church growth expert and identified the church’s target audience is "nominally churched families with children and youth living in the Moore school district," the pastor said. He noted the preschool has grown and lots of youths are involved in church life.

On Sept. 27 the people packed more than 50,000 meals as they took part for the third year in Stop Hunger Now. The nonprofit hunger-relief project delivers dehydrated meals worldwide.

"We do it on Sunday morning to get rid of any excuses; you are already here (for worship)," Bennett said. 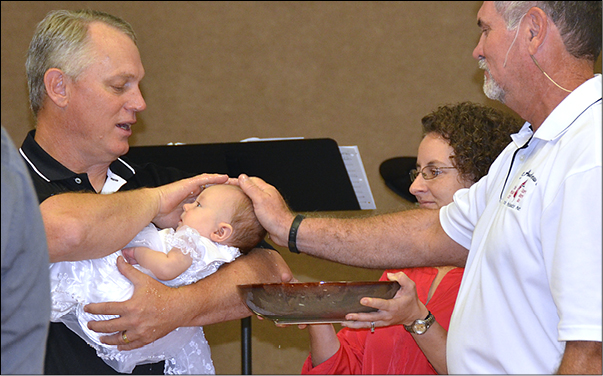 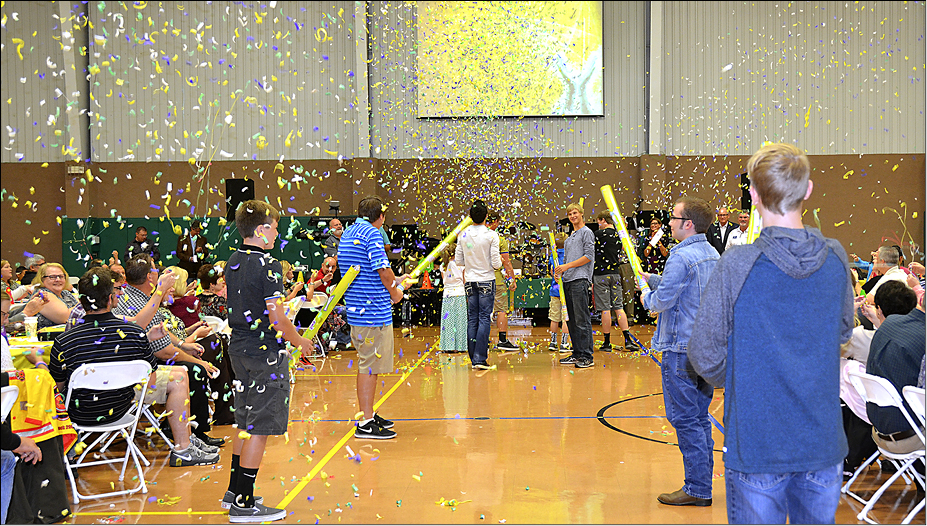 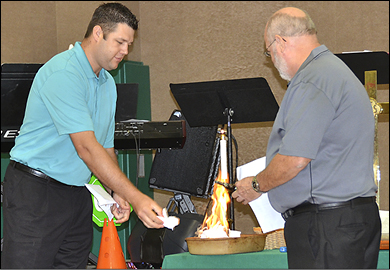