Cyclists and members of Cheyenne UMC gather together in front of the Texas 4000 support vehicle. Photos submitted by Cheyenne UMC.

The road from Lavern was long, hot and tiring. On Aug. 26, 22 cyclists came into Cheyenne from the north, ready for a rest and respite from the heat.

“It was so nice to come into Cheyenne with the welcoming flags all over town, especially knowing that showers and good food were waiting for us,” said one of the student cyclists.

The group of 22 cyclists were part of the Texas 4000, a University of Texas student organization dedicated to raising cancer awareness and promoting cancer prevention. Each summer the students form groups that ride a collective 4,000 miles across the nation to raise money to fight cancer.

“The students were able to shower at the high school courtesy of Cheyenne Public School, and they slept at the church in sleeping bags,” said Carolyn Ford, the church’s administrative assistant and coordinator for the event. “The United Methodist Women and others helped prepare the dinner on Thursday night and breakfast Friday morning.”

The Texas 4000 is longest charity ride in the world, and its motto is, “Fighting cancer every mile.” The preparation for the summer journey begins in the fall where students not only get physically in shape for the ride, but they also must find sponsors to raise $4,900 per student to contribute to the cause of fighting cancer.

This group had been on the road since June 5, covering about 80 miles a day. One member of the group said you have to be prepared for the unexpected. They have had to deal with wildfires, equipment breakdowns, and blistering heat and dust.

“They began their ride early on Friday morning with a prayer circle, inviting Methodist Church members to participate as well,” Ford said. “It was a blessing to have these outstanding and inspiring young people as guests of the church and to help them along the way in their worthy cause to fight cancer.”

Learn more about the event and the organization at https://www.texas4000.org. 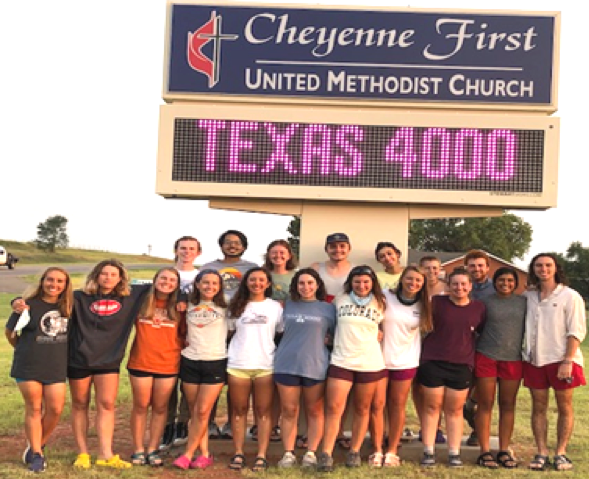 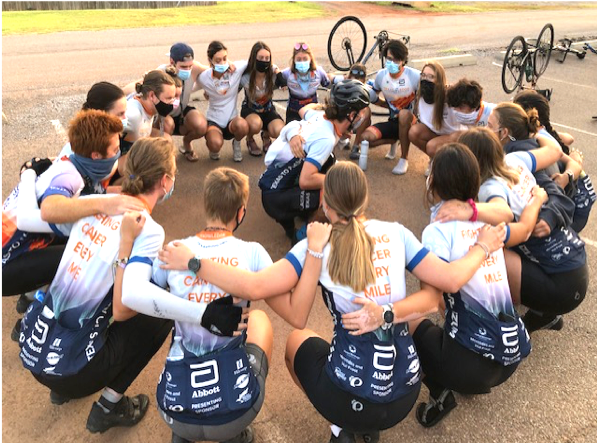 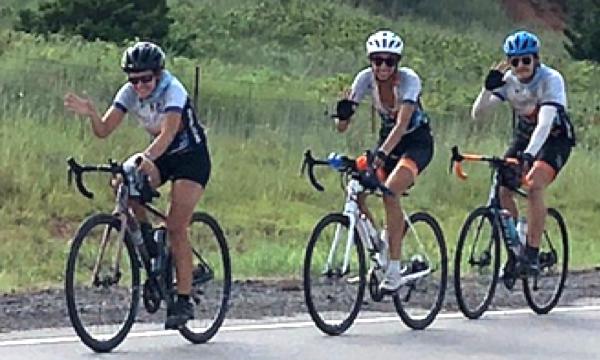 Cyclists with Texas 4000 stopped by Cheyenne UMC as a resting place on their trek across the country. The event helps raise cancer awareness and promote prevention. From left: A group of students stands in front of the Cheyenne UMC sign welcoming Texas 4000; cyclists gather round to pray together before they left Cheyenne UMC; three cyclists wave as they ride during the Texas 4000. Photos submitted by Cheyenne UMC.