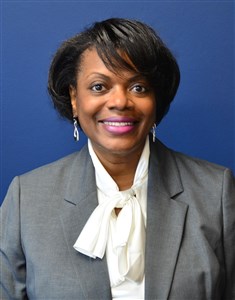 Juneteenth is a holiday celebrating the emancipation of African Americans who had been enslaved in the United States. The matter becomes rather complex and somewhat difficult to trace. In essence, there was a gap in time between the moment when slavery was outlawed in the United States to the time when all the enslaved found out and the law was enforced. This was due
to the remaining battles between confederate and union soldiers. This observance originated in Galveston,Texas and is celebrated around the world on June 19. You may have noticed that it became a federal holiday a few days ago and it is recognized in 48 states. Therefore, for many African Americans, this is a time to celebrate freedom in solidarity with our ancestors who preceded us in our struggle for equality and justice. Some enslaved persons were not freed until nearly a year later. You may notice that I prefer the term “enslaved” as opposed to “slaves.” That is because “slaves” is not who they were. They were enslaved by self-centered slavers, not masters.

Why should this be important to me?

It is a part of history that reminds us of the many struggles of enslaved African Americans, but also it celebrates the liberation and freedom as well. When the United States experienced emancipation in 1776, African Americans would remain enslaved for nearly another century. We celebrate the country’s freedom with grilling out, fireworks and fun. When women were allowed to vote, that time is celebrated by women and allies of women’s rights as a small step toward equality. There are other tragedies for our country that we remember and pay homage to as well. Juneteenth is an important reminder from whence we have come and an important reminder to keep moving forward. Many Juneteenth celebrations are centered on enjoying good food and music. It is important to realize with all of our celebrations, many injustices still exist within our country.

What should I do in response?

We should remember and celebrate with African Americans across the world. We should be reminded
of a horrid past and commit to never visiting those times again. Discussions of the Tulsa Race Massacre have increased here recently when marking the 100-year anniversary. To forget cheapens what happened and seeks to minimize its impact. To forget September 11th is a similar atrocity. We remember because it is the human thing to do. We work toward justice because it is the right thing to do. While fighting for justice for others may seem controversial to some, it is the Christian response to those who have suffered and for those who are still suffering. I encourage you on this Juneteenth weekend to make it a part of worship by remembering this very important and crucial part of history. In the fall, we will share a monthly video series entitled, “Shattering the Stained Glass Window” from leaders around our conference as a way of highlighting the importance of creating an equitable and inclusive community and world. For more information, visit okumc.org/mlcc.