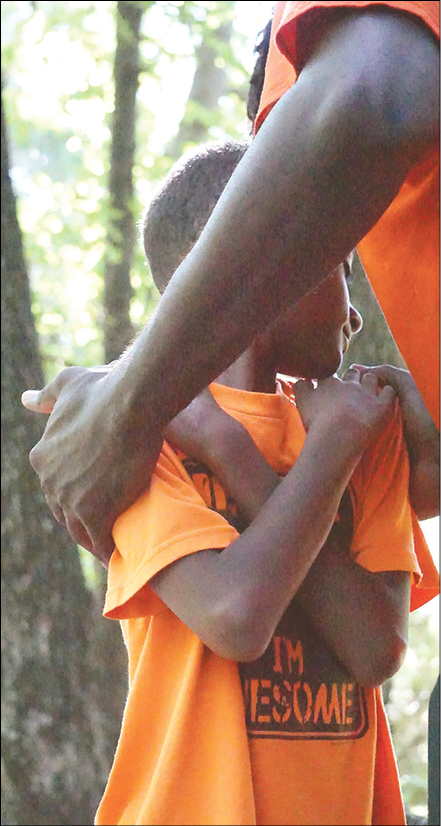 Will you volunteer a week of your time for a child whose parent is in jail? Search for "New Day Camp" at www.okumc.org.

New Day Camps blessed not only the 121 children who attended in 2016, whose parents were incarcerated, but also the adult volunteers, Kristen Harlin learned firsthand.

So she’s calling more volunteers to join her in "all of the amazing things" that will occur during New Day One and New Day TOO this summer. Both are held at Cross Point Camp beside Lake Texoma, south of Madill.

Harlin is executive director of Criminal Justice & Mercy Ministries (CJAMM), which include the New Day Camps.

She wrote about her time as a dean at the camps last summer, paraphrased here.

Lex*, age 11, did not want to be at New Day One. She acted too cool to participate in anything, including her small group.

On Monday, she sat back and watched as others talked about life and played games. On Tuesday, she participated — only by saying that she was making an effort. On Wednesday, her goal at first was to distract others, then to voice her opinion that she was too old to participate.

Thursday, the final day for small-group time, Lex sat far from everyone else. She tucked herself inside her hooded sweater; only black locks of hair and her sneakers were visible. As the session neared its close, members talked of returning next year and made a pact to think of and pray often for each other.

Unexpectedly, Lex poked her head out of her hoodie, tears streaming down her face. "I wanted to talk."

And every child stopped to listen to her.

Lex told them a few things about herself and led a group hug.

People had begun moving toward the dining hall for lunch when Lex grabbed my arm. Words exploded from her — about her mother’s incarceration, about feeling lonely and angry, that she hated school, that her grandma was boring. She had been separated from her mother — her closest friend — for two years.

Then she also gave me a hug and thanked me for being part of her "family," using the words of the small groups that week at camp.

Harlin continued, "New Day Camp has a way of changing moments that change lives. The week that I thought meant plans of helping children change actually ended with a change in me as well. We have to reach people where they are, and at camp we meet each child on that child’s level. I am humbled to have spent the week with Lex and all the campers. I can truly say I saw God."