But Bishop Nunn went to work weeks before his official start date. For instance, he began receiving invitations to preach at local churches. His response posed four questions, which he plans to ask any church before speaking there.

• As the senior pastor, where are you trying to take the church?

• Where would you like the church to be in the next five years?

• What kind of message and points will help you to further the mission of your church?

• How can I help your church celebrate where they want to go?

The answers will enable Bishop Nunn to tailor his message for the church, said Assistant to the Bishop Joseph Harris.

Nunn has identified "asking good questions" as a key step for a bishop to help the Church reach the mission field despite barriers of age, economics, ethnicity, and culture, according to a January questionnaire he answered for episcopal candidates of the South Central Jurisdiction (SCJ).

On July 15, he became the second bishop elected during the SCJ Conference. A jurisdiction record of 35 ballots was reached as delegates from eight states chose three new bishops at the meeting in Wichita, Kan.

Rev. Dr. Nunn, from Lubbock, Texas, was selected on the 21st ballot.

During the rounds of balloting he held onto prayer beads from May’s General Conference, he told the press. He did not track the votes on each ballot.

"My role was to be faithful in what God has called me to do. Being anxious over a series of ballots was not helpful to me," he said.

Mary Nunn said her husband had declined four times to be a nominee from the Northwest Texas Conference. Then an altar call by Bishop Earl Bledsoe at the 2015 Ordination Service affected him deeply. Several weeks later, Jimmy Nunn said yes to episcopal candidacy.

Bishop Nunn earned his bachelor’s degree from McMurry University, Abilene, Texas, and master of divinity and doctor of ministry degrees from Asbury Theological Seminary, Wilmore, Ky. He was ordained as an elder in 1983. 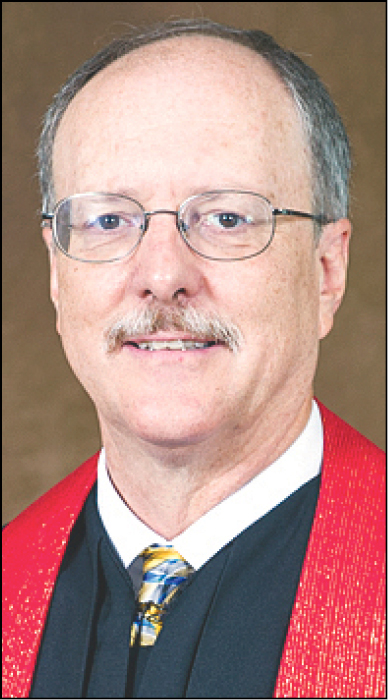 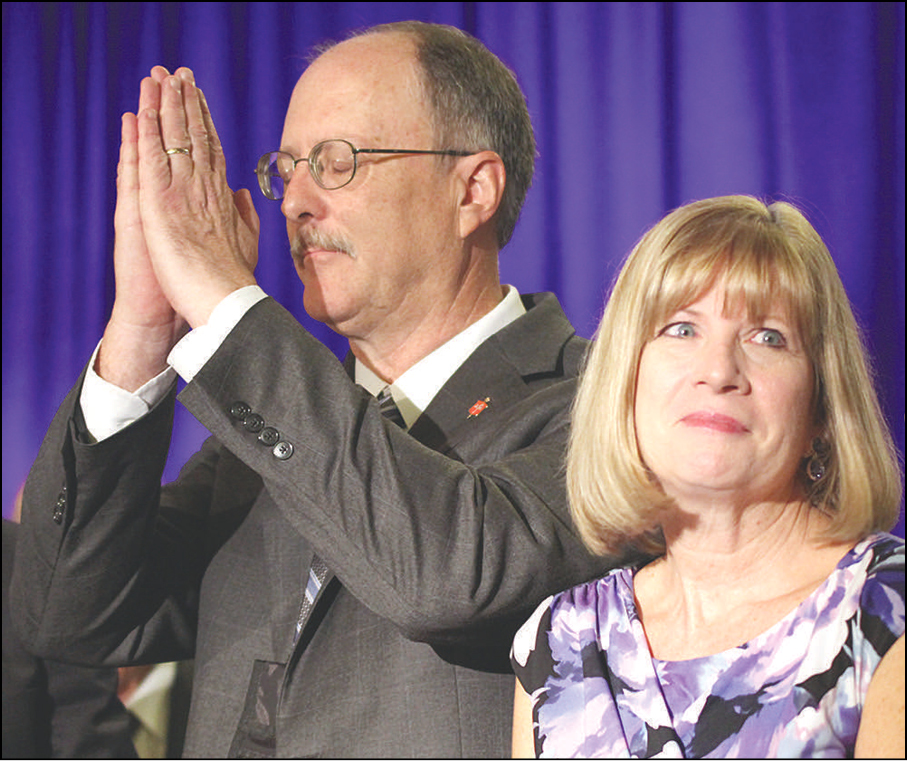 Newly elected Bishop Jimmy Nunn gives thanks right after he and his wife, Mary, are introduced on stage July 15 at the South Central Jurisdictional Conference. Photo By Todd Seifert, Great Plains Conference