In January, graduate student Kelsey Ricks traveled to Belize for the first time. She went as a member of Oklahoma City University’s OKVIM* Student Mission Team.

On June 5, she returned to the Central American nation with an open-ended ticket.

Originally Ricks had planned to go in 2015 with OCU’s Student Mission Team, but family health concerns prevented that at the last minute.

"Since the ticket was non-transferrable and already paid for, I told her to be sure to use it for a personal trip sometime in the next year," said Charles Neff, OCU vice-president for church-relations and team leader for both mission trips.

"I was surprised when I received a call in October from Kelsey, asking if she could join the 2016 team. She already had the plane ticket, and we still had one seat left in the van, so I said, ‘We’ll make room.’"

Thus Ricks joined the January construction team working at Belmopan Methodist High School. On the last night of that trip, following worship with a Methodist congregation, the missionary owners of the camp where the volunteers were housed asked her to consider returning in the summer.

They asked her to conduct a day camp program for the village’s children.

Email conversations followed and, by April, Ricks was ready to say yes to the opportunity. She graduated in May.

"One opportunity led to another and now here I am, right where God wants me to be," said Ricks after arriving back at Camalote Camp near Belmopan. "The OCU mission trip in January opened me to a world of new possibilities. I’m excited to see what comes next!"

She is the daughter of United Methodist pastor Ricky Ricks of the Texas Conference. 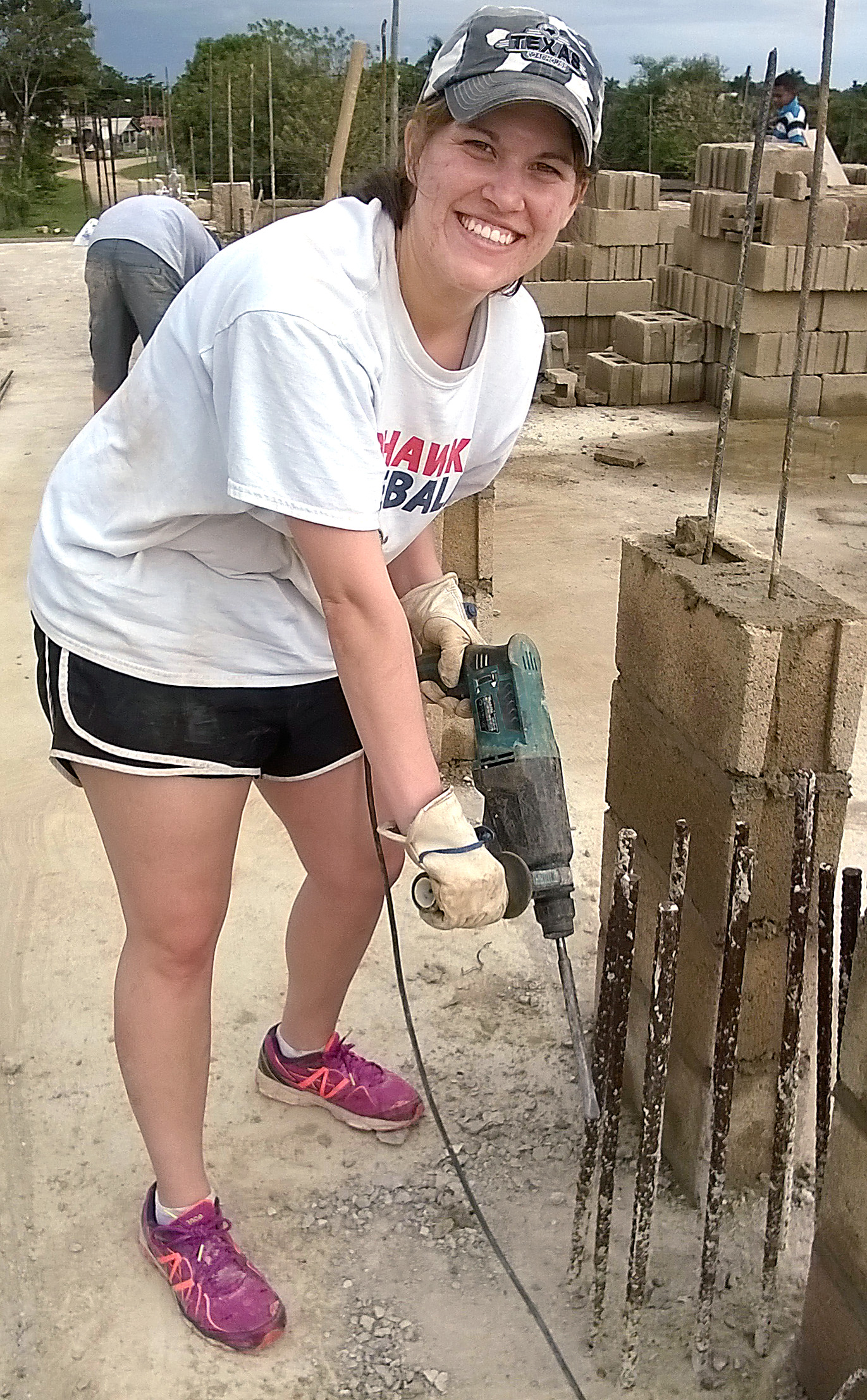 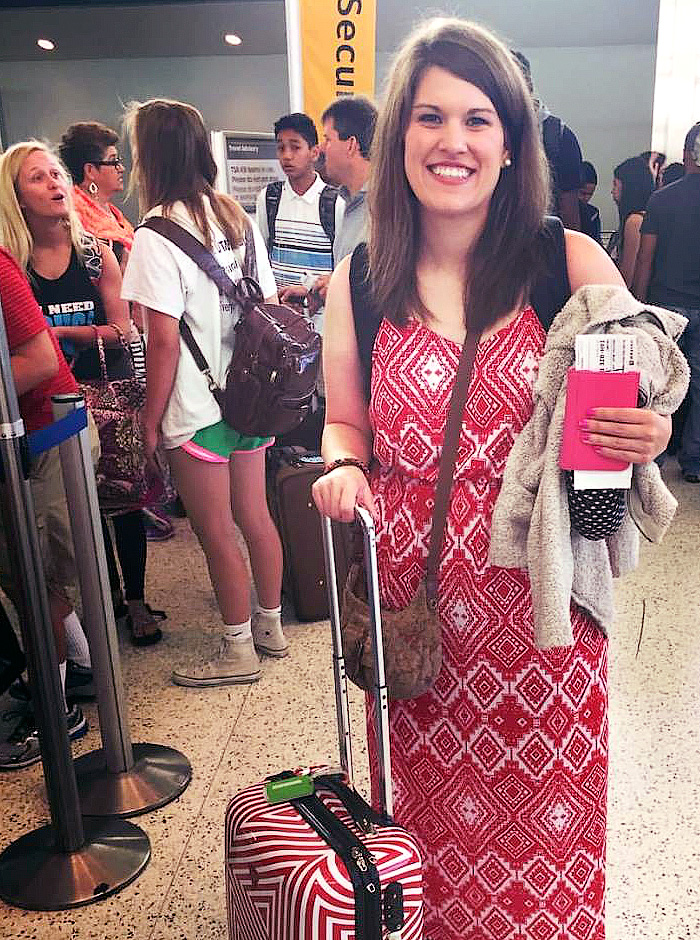 Ricks prepares to board a flight from Oklahoma back to Belize in June.