Award will recognize Oklahoma advocate for women in ministry 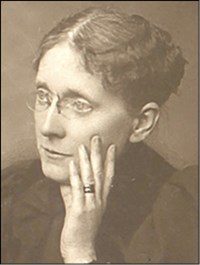 Every year the Oklahoma Commission on the Status and Role of Women gives the Frances E. Willard Award to an individual who makes a distinguished contribution to the advancement of women in ministry in the Oklahoma Conference.
The deadline for nominations is Saturday, March 31. Please find the nomination form here.
In the 1800s, Willard was a “radical social progressive who stood out against gender inequality and fought to give a voice to society’s disenfranchised,” according to a description on the National Woman’s Christian Temperance Union website.
She garnered the imagination of her female supporters and mobilized a force of diverse women to create that organization, and she also worked in areas of women’s rights, social justice, and world peace.
Willard was an educator by trade, and she is noted as being a prototype for community organization and social reform. Her influence is still seen in modern social policy and practice.
Oklahoma’s 2018 recipient will be named at Annual Conference and the winner’s name will be listed on the Frances E. Willard plaque on display at the United Methodist Ministry Center in Oklahoma City.
For more information contact Jennifer Ahrens-Sims, who chairs COSROW, at edandjensims@yahoo.com.
Photo: Archival photo of Frances Willard from the National Woman’s Christian Temperance Union.