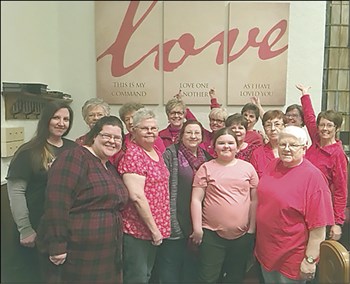 This year the gathering that draws international participants returns on May 18-20 to the city that first hosted Assembly, in 1942.

Eight thousand women are expected at the event, which is held every four years.

Forty women are registered to attend from the Oklahoma Conference, according to Harri Williams of Oklahoma City.

Among them are six Conference UMW officers, including Treasurer Tanya Case of Duncan, who will assist with the offering. Four women from Sapulpa will help serve Communion.

Those attending for the first time include Amy Neathery of El Reno-Wesley and Brenda Clear of Jones. They won scholarships from the South Central Jurisdiction UMW leadership team.

Also from Oklahoma will be Marsha Lyons and Faye Perry, both of Oklahoma City, who serve on national UMW committees; Jo Ellen Reed of Oklahoma City, part of the SCJ UMW team; and Professor Elaine Robinson of Saint Paul School of Theology at Oklahoma City University. Rev. Dr. Robinson directs the denomination’s training of deaconesses and home missioners.

The Assembly theme is “The Power of Bold.” Worship, plenaries, and workshops fill the schedule.

Spiritual Growth Retreat — On April 6-8, Cross Point Camp will host this annual UMW-sponsored retreat that is open to all women.

Glenda Skinner-Noble will teach “Creativity and Working with Our Hands as a Form of Spiritual Formation.” She is a clergy elder and visual arts teacher at an elementary school.