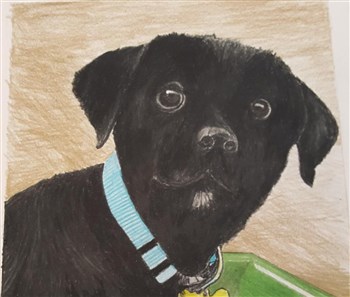 Larry Davis has drawn more than 30 pets to raise money for Blessing Boxes sponsored by Altus-First. So far, his drawings have raised more than $2,100. Photos submitted by Morgan Young.

An Altus man is using his artistic talents to raise money for Blessing Boxes that provide free non-perishable food, hygiene and seasonal items for anyone needing them in Altus.

Larry Davis, a retired architect, started drawing family and friends’ pets after his niece requested he draw her pets. Davis, 80, had painted landscapes and animals for many years as a hobby. As he aged painting became more difficult due to tremor in his hands. Using colored pencils instead of paints reduced his shakiness. Davis used colored pencils to illustrate two children’s books written by his daughter, Darlene Alley, before starting to draw pets.

Davis, a member of Altus-First, said he became concerned about the growing amount of money the church needed to fill four Blessing Boxes located throughout Altus; COVID-19 has increased the need. The church went from filling the boxes once a month to twice a week. The church spends about $1,000 per month filling them and relies on donations.

“One night it hit me that I could possibly use my hobby to support this great ministry,” Davis said.

Davis asks for a minimum donation of $50 per pet portrait. So far, the project has raised more than $2,100 for the Blessing Boxes. He has drawn more than 30 pets, including donkeys, chickens, alpacas, roadrunners and racoons, in addition to many cats and dogs.

“I enjoy trying to capture the personality of the animals. I usually start with the eyes,” Davis said. “Every animal has its own character, and I try to capture it. I also enjoy making people happy with the drawings of their pets.”

Morgan Young, youth director at Altus-First, said the church established the Blessing Boxes in 2017 as a project for their children and youth to reach out to the Altus community.

“God was calling us to bring tangible hope to the people right in front of us,” Young said. “And we knew this ministry could be a small part of building God’s kingdom. Students at FUMC helped build and paint the boxes themselves.”

Anyone wanting Davis to draw their pets in support of the Blessing Boxes may contact Morgan Young at Altus-First. She can be reached at morgan.fumc@gmail.com or the church office at 580-482-0795. 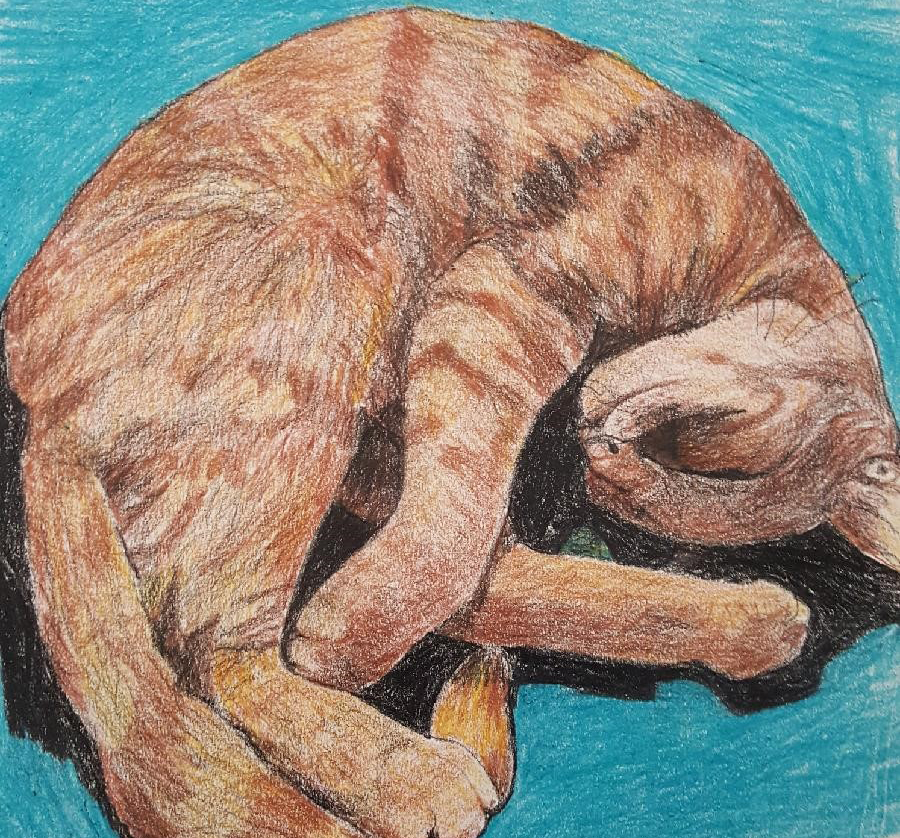 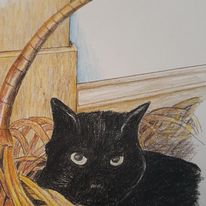