More people worshipped on Christmas Eve in more churches, according to a summary of "Home for Christmas," sponsored by the Discipleship Ministry Team’s evangelism committee.

By mid-January, 75 of those churches had reported their outcomes to The Crouch Group.

He also noted from the reports:

The highest Christmas Eve numbers were reported by OKC-St. Andrew’s, with 1,289 worshippers, and Edmond-New Covenant, with 1,209.

Yet "Home for Christmas" was not only effective for urban congregations.

Lindsay UMC greeted 250 people, an increase of 140 from 2012. The church hosted the only Christmas Eve service in the town. A Sunday School class led the promotional campaign.

Westville-First UMC declared the effort "very successful, since our average Sunday attendance is around 20." The service drew 71 people. Posters and newspaper ads helped promote it.

At Morris-First, which had 30 worshippers the previous year, the 2013 service drew 85 people. "The most effective part for us was the special invitations," Pastor Judy Conner commented. "We also sent out invitations with our backpack program and our Angel Tree program."

Lamont UMC welcomed more than 100 people. "The members reported surprise and pleasure. There were several new faces in our congregation that night."

Eden Chapel UMC’s event included a cantata, Communion, and "Family Prayer With the Pastor" at the conclusion of the service. Attendance grew from 48 to 76. 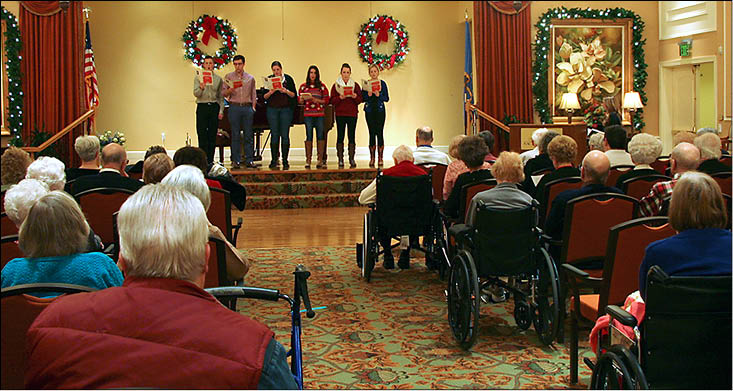