OU professor will lecture on Joseph 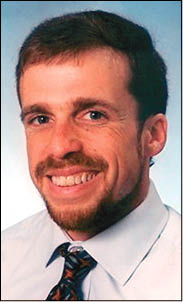 Dr. Levenson joined the University of Oklahoma faculty in 2008 as Schusterman-Josey Professor of Jewish Intellectual and Religious History. Previously he taught at Siegal College for 18 years. He received his B.A. and M.A. from Brown University and his Ph.D. from Ohio State University.

He has written extensively on the Jewish experience for both scholarly and popular audiences.

Joseph is the subject for his lectures at OCU. Among Levenson’s books is "The Story of Joseph: A Jewish Journey of Interpretation," and he is working on a book tentatively titled "Joseph: A Portrait Through the Ages."

Levenson’s most recent major work, "The Wiley-Blackwell History of Jews and Judaism," was published in 2012, with essays by a team of internationally renowned scholars. The book offers a comprehensive and authoritative overview of Jewish life and culture, from the biblical period to contemporary times.

Levenson’s book "Between Philosemitism and Antisemitism: German Defenses of Jews and Judaism in Germany, 1871-1932" was nominated for a National Jewish Book Award Prize, and his textbook "Modern Jewish Thinkers" (second edition) is widely used.

He has won a number of prestigious fellowships and has lectured in the United States, Israel, and Germany.

OU student Daniel Reches wrote, "Dr. Levenson is a wonderful person and an excellent scholar. One of his unique offerings is that Dr. Levenson is willing and able to integrate humor and personal experiences into his teaching. This leads his lectures to be more interesting and educational."

All events are free and open to the public.