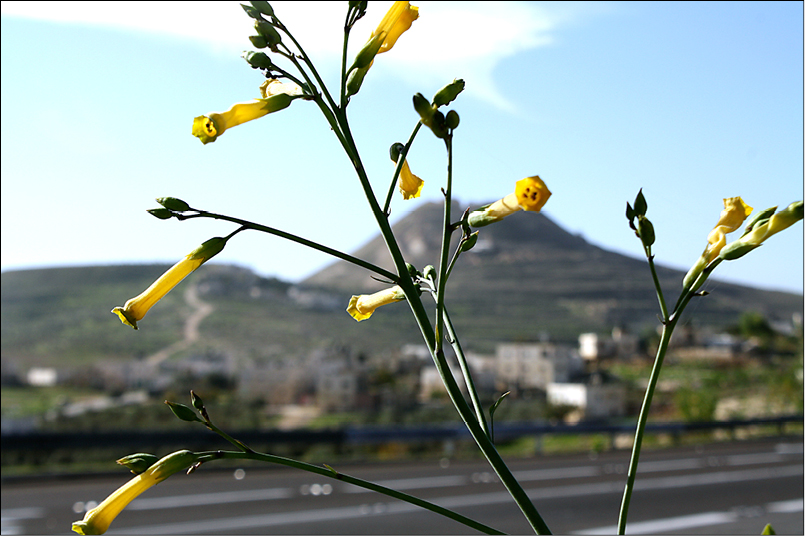 A blooming mustard plant against a historic mountain backdrop recalls Jesus’ teaching about faith (Matthew 17:20). The Oklahomans learned that King Herod ordered earth moved from one mountain to fortify his mountain stronghold.

Among those traveling with him were clergy and laity of the Oklahoma and Oklahoma Indian Missionary Conferences.

Surely each grew in discipleship on the 10-day journey. One laywoman shares her perceptions here.

Among those traveling with him were clergy and laity of the Oklahoma and Oklahoma Indian Missionary Conferences.

Surely each grew in discipleship on the 10-day journey. One laywoman shares her perceptions here.

The Holy Land trip has changed my life forever; the biblical stories for me have come to life. I look through all the pictures we took and think: trying to summarize it is very difficult. However, some things stood out to me.

First, seeing the wall that divides the Palestinians and the Israelis as well as the teaching by leaders at the Tent of Nations, an educational farm near Bethlehem, gave me some clarity on the divisions about Israel.

I have a better understanding of the struggles of living in the Palestinian areas. I purchased an olive-wood nativity while there. For me, its design reminds me every day of that struggle.

Another highlight was visiting the Princess Basma Center for Disabled Children, in Jerusalem. The hospital is United Methodist Advance Project No. 14238A. The children were beautiful, and the songs they sang for us were amazing! The work with special-needs children that the staff does is extraordinary and humbling to observe.

One of the most powerful experiences for me was our boat ride on the Sea of Galilee. Our guide, Jimmy, showed us the areas around the sea where Jesus lived, taught, and performed miracles. The boat’s motors were shut off and, as we floated on the water, Scripture was read, songs were sung, and His Spirit was with us!

Then there was the Garden of Gethsemane. I just sat quietly and soaked in Him!

That’s where we learned that olive trees can live for thousands of years. It was indescribable to know the large olive trees that I saw firsthand were there when Jesus came to pray before His crucifixion.

We experienced The Garden Tomb, believed to be Jesus’ final resting place on this earth, yet we know HE LIVES! It was a place that left me breathless, because it was maintained just as it likely appeared in biblical times. This site doesn’t have a church atop it, as many of the sacred places do. It is simply a garden location with the tomb.

These are some high points for me, but there is much more that I could write. This was a holy and blessed trip. And it was wonderful to experience it all with family.

Bishop Hayes was a great host, despite his joke about contemplating to stay and become "the bishop of Tiberius." The tour company, Education Opportunities, organized our schedule well and we saw amazing sites in such a short time.

Thank you to my church family at Cookson for making this trip possible. I have returned a new disciple of Christ!

(Piper is married to Rudy Freese, pastor at Cookson UMC.) 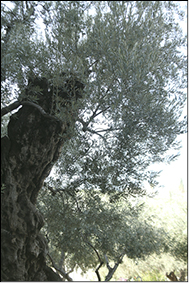 An olive tree towers above the travelers in the Garden of Gethsemane. Due to its age, experts said, it could be one Jesus touched. Below: In a museum, the fragile hull of a fishing boat recovered from the Sea of Galilee draws attention. Archaeologists date it to Jesus’ lifetime also. 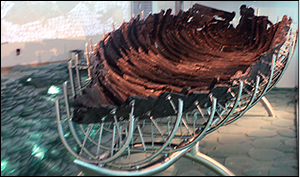 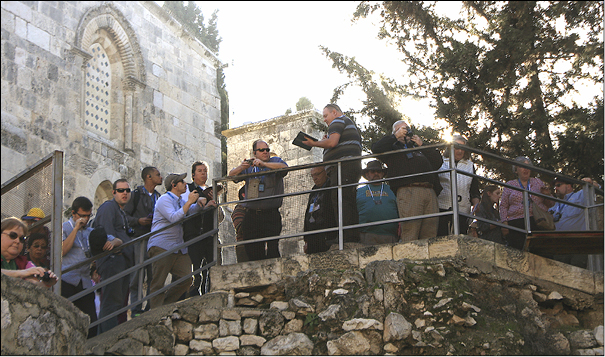 Oklahomans pause as Rudy Freese reads aloud Scripture during their time in Bethlehem. He is pastor at Cookson UMC. 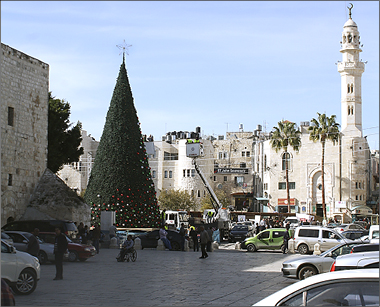 A view of Bethlehem’s Manger Square includes the Church of the Nativity, left; a Christian Christmas tree; and Mosque of Omar, at right. The city also holds significance for Jews, as the birthplace of King David and where Rachel is buried. 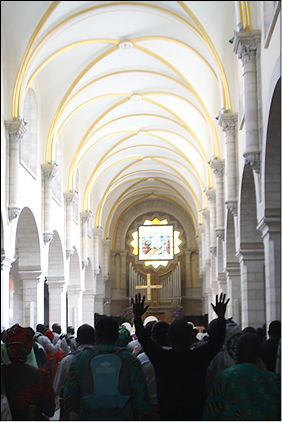 Top: Oklahomans join worshippers in Bethlehem’s Church of the Nativity. Bottom: Bishop Hayes teaches in the dungeon of Caiaphas’ house, Jerusalem, where it is believed Jesus was held after his arrest. 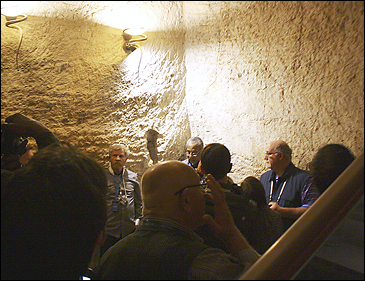