1/23/2015
After decades rich in service and witness to their communities and the world, three small Oklahoma City churches are making big changes. Strategic planning for any church calls for honest assessment and spiritual discernment. In the final month of 2014, congregations made final decisions. The outcomes vary for St. John’s, South Lee, and Epworth UMCs.

The final page ends with a comma, not a period, in the story of OKC-St. John’s United Methodist Church.

On Dec. 14, the members voted to discontinue. But this faith community officially will restart as The Salt UMC, after a time of transition.

It does mean change.

The Salt’s strategy is to become a truly multicultural church in its diverse neighborhood.

Co-pastors Obed Alba and Murray Crookes are modeling that during the transition. They alternate preaching. The language in worship is bilingual.

Before the vote Dec. 14, Rev. Alba prayed in Spanish and English. Among the 72 worshippers that day were people of Hispanic/Latino, Filipino, African-American, American Indian, and European-American heritages.

Support for The Salt includes the Oklahoma Conference’s Department of Congregational Development and Hispanic/Latino Ministry, a component of the Office of Mission.

Chuck Nordean, director of Congregational Development, beautifully defined the term restart: "The other church gives itself away to become a new thing."

Now in his 80s, Fuller said, "Out with the old and in with the new, and that’s good so we can serve (our community) in a better way."

For years, he has organized the church’s weekly outreach meal. His tally of those fed totals tens of thousands. Known as New Journey Fellowship, this mission to the hungry will continue, with time in worship added.

"Food not only for the body, but for the soul, too," Alba commented.

The Gallery, an after-school arts program for second- through fifth-graders, continues as well. This 1-year-old program is led by Kristina Thorson, a UM young-adult missionary. Three elementary schools are nearby.

Rev. Crookes said some parents are engaging in church life as a result.

Lay Leader Steve Clark remembered the church hosting a quilters guild and neighborhood watch group, and he spoke of a past leadership retreat that greatly encouraged him. Former member Robert Lintner reprised "My Tribute," which he had last sung more than 25 years ago, also at St. John’s.

In 1955, Bob and Eileen McMullen responded to a neighbor’s invitation to attend the church, and they joined in 1957. Bob reminisced about driving youths to summer church camp and driving a bus for a Young at Heart group.

Their daughter, Glenda Compton, was organist for the December celebration. She was 3 months old when the family began going to St. John’s. At age 16, she became church pianist and filled that need for 14 years.

In the benediction Dec. 14, Superintendent Tener prayed, "Thank you because you are not done with (St. John’s). Bless the plans we have for this place. May everything we do be what you want us to do." 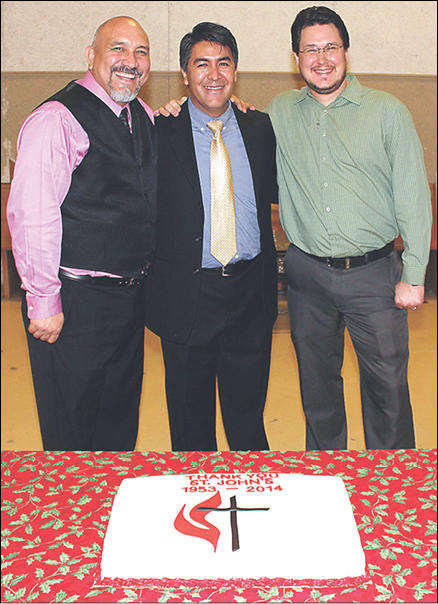 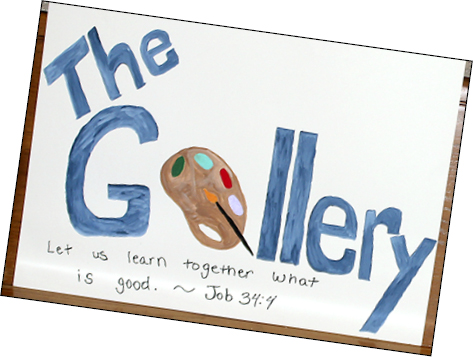 The Gallery after-school arts program is designed for 20 children. They made Christmas/New Year cards, and an art sale raised funds. 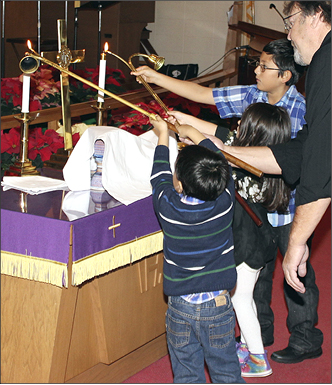