‘We can stop the spread’ --Visiting missionary hopeful in fighting Ebola

Ebola-ravaged Liberia is undergoing major cultural changes because of the disease, said Helen Roberts-Evans, a United Methodist missionary in Liberia.

In late October, she visited with Bishop Robert Hayes in Oklahoma City to update him on Liberia missions. She also planned visits to Chicago, New York, and Atlanta.

She is director of the Department of General Education and Ministry for the UMC in Liberia and the Sunday school superintendent at her local church. She is the mother of four grown children and has one grandchild.

It has been hard to be away from the children at New Georgia UMC outside Monrovia, Liberia, she said.

"We’re very, very close," she said of the 150 children in the Sunday school.

While she is thousands of miles away, she prays for the welfare of the Sunday school members, as well as for her godmother’s family in Liberia. "I’m hoping they’re all all right."

Roberts-Evans said one of the charms of Liberia is its sense of community. She told of sharing a taxi with a young mother, who handed over her baby for Roberts-Evans to hold.

She has been able to communicate by Skype with some people in Liberia.

The children love to spend time playing soccer, she said, but they can’t right now due to the sanitation guidelines and danger of being exposed to someone’s body fluids, which can transmit the deadly virus.

In a country where people already have to use mosquito nets and take other steps to avoid malaria, typhoid, and tuberculosis, "we’re having to be a lot more careful," Roberts-Evans said.

"You can’t see germs, but that doesn’t mean they don’t exist."

Sanitation rules to help stop the spread of Ebola urge healthy people to keep their distance from those who are sick — a foreign concept to Liberians. When a family member is ill, it’s customary for Liberians to remain nearby. When someone dies, family members care for the body.

It is part of the culture to "greet everyone with a hug," Roberts-Evans said.

Taking steps to avoid disease involves some education, she said.

With schools closed since July due to the epidemic, Roberts-Evans said the country has a built-in army of educated people available to spread the word about how to avoid Ebola – its teachers.

They are equipped to share the message across Liberia’s 15 counties – where 16 languages and dialects are spoken, Roberts-Evans said.

One of the goals is to impress on people the importance of hand-washing in a country with unreliable access to running water. A solution is to supply people with soap, disinfectant, and water buckets with spouts on the bottom, Roberts-Evans said.

She is convinced that education is the key to halting the epidemic. "We can stop the spread," she said with confidence.

Memories of her childhood in Liberia had made her long to go back as an adult to help the country recover from the devastation of civil war. She did, as a volunteer in 2008, and was commissioned as a missionary the next year.

Roberts-Evans and two other missionaries returned to Liberia in early November. Her GBGM Advance number is 3021129. 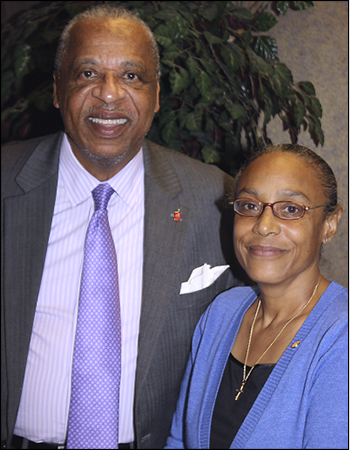 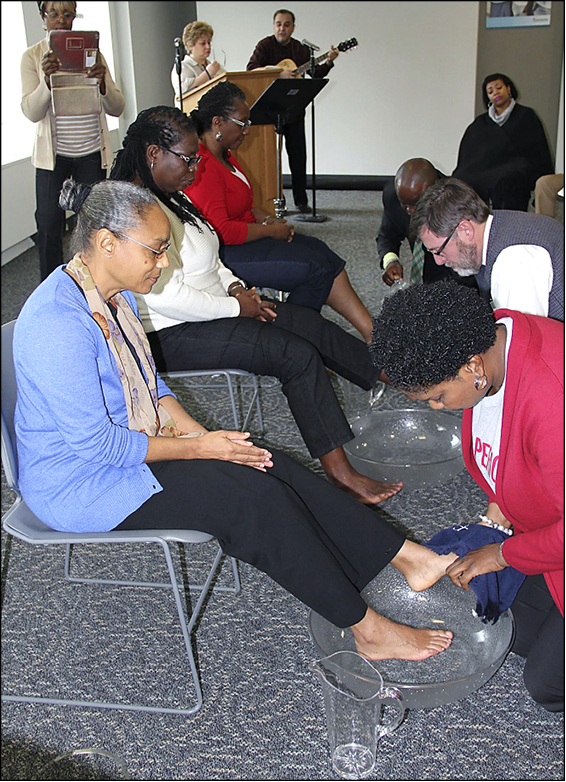 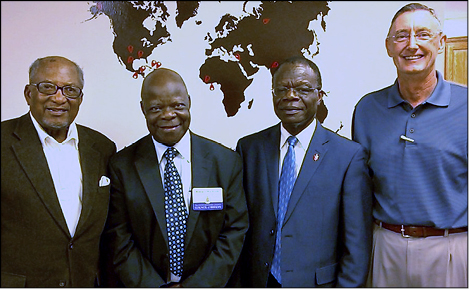