Among those present were six women who have led as Conference UMW president. They included keynote speaker Judy Benson and Mona Mae Waymire, who officiated for the 2015 officer installation.

The youngest attendee was 25; the oldest, age 92. For 23 women, Annual Meeting was a new experience.

• Donna Pewo, who ministers among Native American children in Clinton;

• Derrek Belase, dean of Mission U and pastor at Prague and Arlington churches.

During the year, UMW members had collected gift cards for Cookson Hills and NSO. Their donations were dedicated by Donna Dodson, Enid District superintendent. Each mission received more than $8,000 in cards.

On June 1, Oklahoma’s churches will officially transition from 12 to eight districts. However, all UMW groups operate on a calendar year, Hull said, even the national leadership.

Throughout 2015, Oklahoma’s UMW will continue with leadership in 12 districts. The change to eight districts will apply to the 2016 calendar year, Hull said. 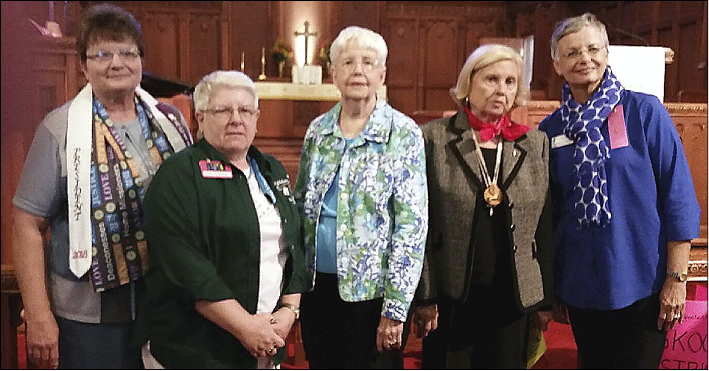