Then hands eagerly tore away brown paper covering a surprise in a large floor section of the new central Gathering Area.

For the first time, the people saw the UM cross-and-flame symbol embedded in the floor. It was created and then installed just before Dedication Sunday by church member Tim Gosdin, a construction manager. "You come to the cross" to begin your walk with Christ, he commented.

"We’ve got it! What are we going to do with it?" Senior Pastor J.D. Ward asked the people in worship.

He answered his own question when he noted, "We had people at church every night this past week. We had 31 youth last Sunday night." A new adult member was welcomed Sept. 14.

The new space is dedicated to serve others in the name of Christ.

The many small groups at New Hope Church include Stitchers, Christian Believer classes, the Stepping Up series for men, even Zumba. Among recent events were "Paint for a Cure" and the seminar "Coping With Vision Loss."

"New Hope has experienced major growth in the last five years, and we were out of space for Sunday School classes and our youth program," said Rev. Dr. Ward.

On the day the new space was consecrated, he urged the people to recommit themselves, too. In both worship services, he preached "Devote Yourselves Completely."

During the Children’s Moment, Les Basset reminded all ages, "If we weren’t here, it would just be a building."

Scripture from 1 Kings described the celebration when the Temple was completed in King Solomon’s reign.

In 1961, Shook Memorial Methodist Church opened on Northwest Expressway with 15 charter members. The congregation moved in 1998 to the current location, 11600 N. Council Rd., and took a new name. Two pews and a stained glass window from the original location are among New Hope’s sanctuary furnishings.

In 2011, a committee began studying the church’s space needs, and construction started in June 2013 on the expansion project.

Ward was appointed to New Hope UMC in 2009. Cali Depue Eck is in her second year as associate pastor. 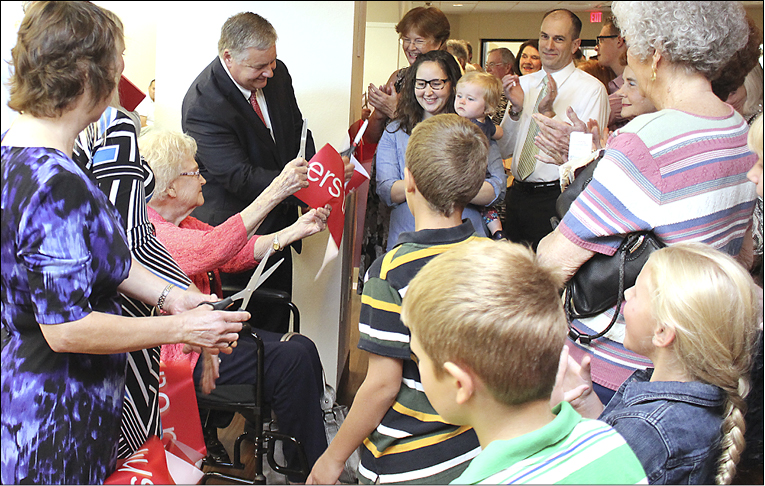 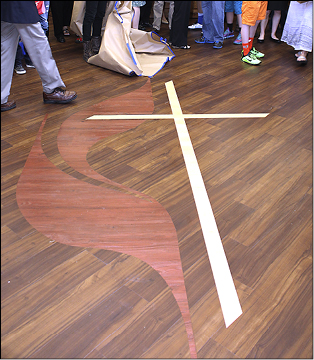